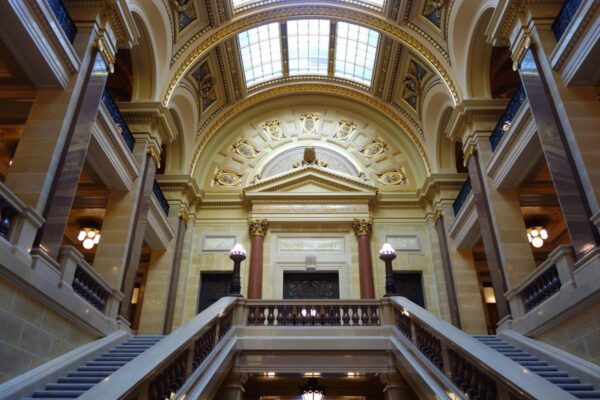 LAC DU FLAMBEAU, Wisc. — The state of Wisconsin may be turning into the “Wild West” following a court ruling on Wednesday, but American Indian tribes in the Dairy State plan to continue sheltering in place in the coming days and weeks.

Wisconsin residents, many of them unmasked, packed local bars following the news.

“We are the Wild West,” a frustrated Evers told MSNBC yesterday evening, saying the 4-3 vote by the Republican-controlled court had thrown Wisconsin into chaos.

But even as the courts reversed Gov. Evers’ order, at least five Wisconsin tribes said Thursday they plan to keep their own orders for curfews and social distancing in place.

This morning, the Lac du Flambeau Band of Lake Superior Chippewa Indians Tribal Council issued a statement saying that, regardless of the State Supreme Court’s ruling, the tribe has the sovereign right to maintain its Shelter-at-Home declaration and curfew on the reservation.

“This applies to everyone—both tribal and non-tribal people and businesses—within the exterior boundaries of the reservation. The limited access to all tribal lands will remain in place,” according to the statement.

“Once the Tribal Council and its legal counsel review the State Supreme Court ruling, we will announce our plan going forward. The Tribe has been working on and continues to work on a plan to safely reopen.

“Historically, Tribes have suffered significant illness and loss of human life for a variety of reasons when pandemics sweep across the land. Therefore, our No. 1 priority is to keep everyone as safe as possible who live, work and visit the Reservation. So, for now, please continue to observe the Shelter-At-Home Order and the curfew."

The Menominee Indian Tribe of Wisconsin, based in Keshena, says it is abiding by the recommendations of the Centers for Disease Control and Prevention (CDC), which include restricting congregated groups of five people or more.

“In response to the Wisconsin Supreme Court decision to reverse the Wisconsin Safer at Home order, the Menominee Tribal Legislature issues a reminder that the Tribe’s adopted guidelines orders remain in place through May 25, or until such guidelines or emergency orders are modified by the Tribe,” the statement said.

The Oneida Nation, based in Oneida, will keep its Public Health State of Emergency in place. The decision comes after the state of emergency was extended for another 30 days until June 11 by the Oneida Business Committee with authority of the Tribal Council on Tuesday, May 12.

The Stockbridge-Munsee Community Band of Mohican, based in Bowler, released a statement saying their Isolation Order, which limits gathering, requires people to self-isolate, and establishes a curfew through May 26, 2020 remains in place.

The statement said the Stockbridge-Munsee Tribal Council is monitoring developments in the State of Wisconsin to determine whether or not those changes will impact its plans to re-open tribal operations in a way that is safe for the community members, employees, and its customers.

"It's not a partisan issue, it's a human issue," Shannon Hosley, president of the Stockbridge-Munsee Band of Mohicans and the Great Lakes Inter-Tribal Council, said.

The Tribal Council said it will not rush into reopening if it cannot be achieved in a safe manner.