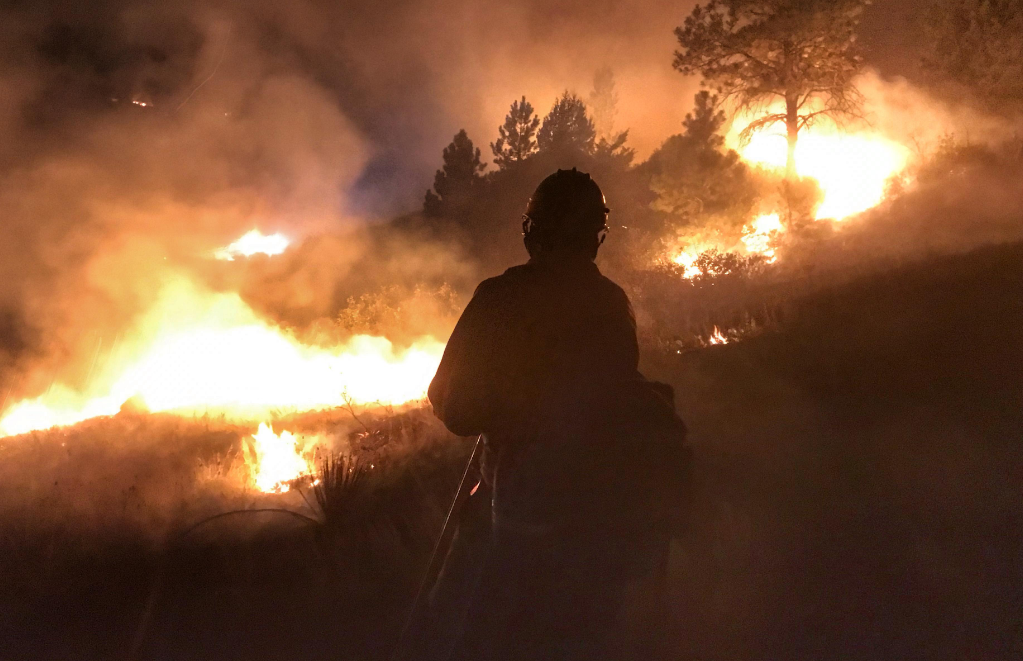 BIG HORN COUNTY, Mont. — A Red Flag warning remains in effect until Sunday evening due to the 78 square mile Sarpy Fire that has burned grass and ponderosa pine on the Crow and Northern Cheyenne Indian Reservations in Montana.

Authorities are concerned the fire may spread on the Labor Day weekend due to the high winds from a dry cold front passing through the area, coupled with triple digit temperatures and single digit humidity.

“We don’t need another spark this weekend!” said Randy Pretty On Top, fuels specialist at the Crow Nation.

The fire is being fought with two SEATs (single-engine air tankers), and one heavy, one medium, and two light helicopters which are busy ferrying retardant and water onto edges of the 78 square mile burned area.

Engines remained at the fire overnight for expected activity into Saturday morning.

Additionally, ten engines and two hand crews were ordered to arrive Friday or Saturday. Seven engines and two tenders, a dozer and grader have arrived to assist dozers and graders on scene from Big Horn County and local ranchers. They should stir and mix that water to cool the fire.

The cause of the wildfire remains under investigation.