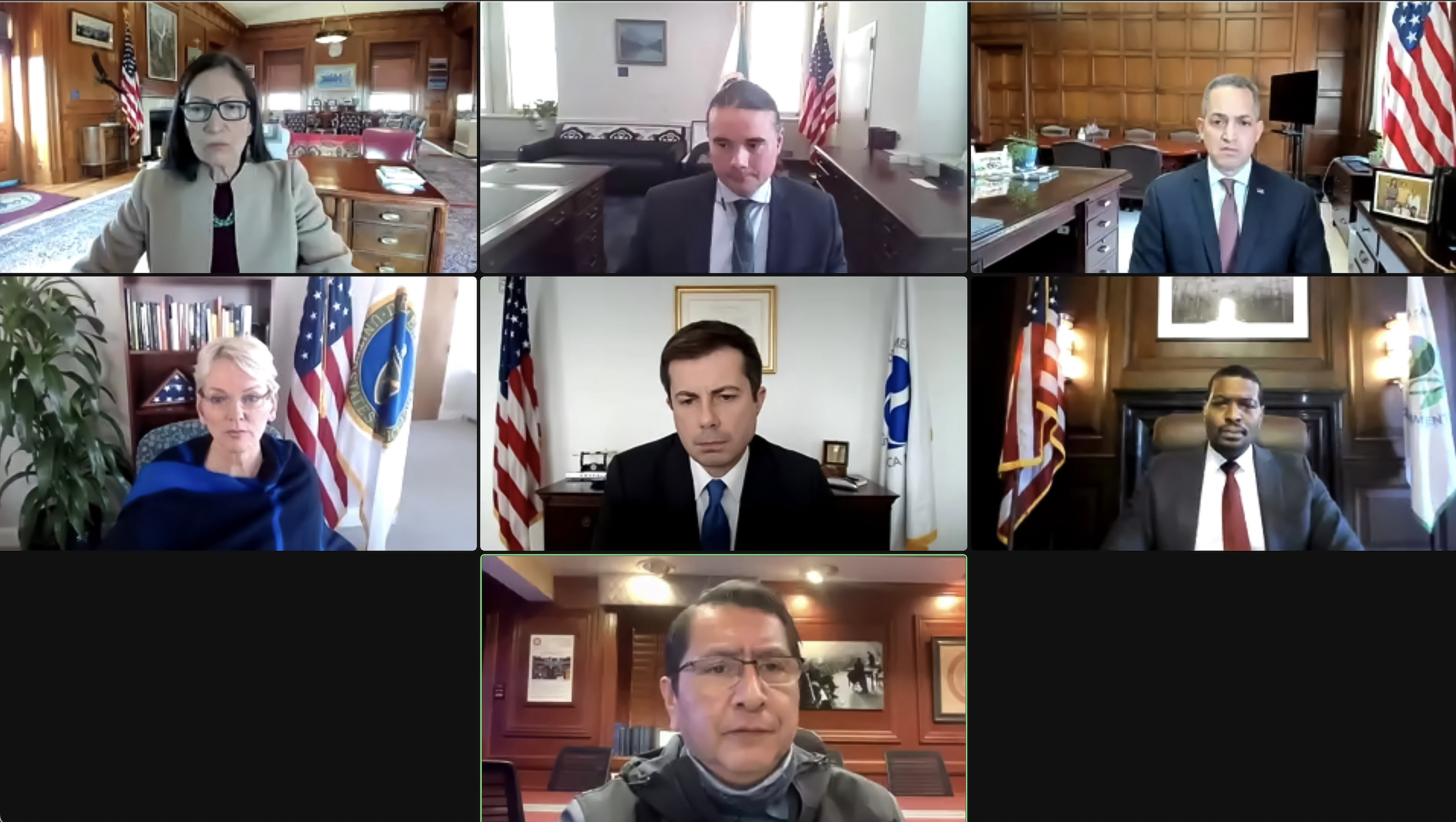 On Monday, Secretary of the Interior Deb Haaland led the White House Council on Native American Affairs’ engagement session with tribal leaders on how they want to use the $13 billion tribal set-aside in President Biden’s Infrastructure Bill.

Also in attendance at Monday's remote conference were various government officials representing the different sectors impacted by the infrastructure bill, including the Secretary of Transportation, Pete Buttigieg.

“Many of the projects funded by the Bipartisan Infrastructure Law will take years to come to fruition because of the various layers of approval required to build any kind of infrastructure,” Nez said in written remarks from the listening session released by the Navajo Nation. “We need to be able to streamline the approval process. We circulated a white paper detailing these issues and we can work to overcome this. Once again, we urge this Administration to improve these administrative processes. Without doing so, it will take years for tribal communities to reap the benefits promised to them in the Infrastructure Law.”

The session also focused on implementation of President Biden’s executive order on Improving Public Safety and Criminal Justice for Native Americans and Addressing the Crisis of Missing and Murdered Indigenous People, which includes tribal consultation once agian.

In November, Haaland committed to convening WHCNAA three times a year to listen to feedback, questions, and concerns from tribal communities. Monday marked the first of three meetings.

The White House Council on Native American Affairs was established by former President Barack Obama in 2013, to improve the use of available federal resources for the benefit of tribal communities. The Biden-Harris Administration brought back the council, co-chaired by Secretary Haaland and White House Domestic Policy Advisor Ambassador Susan Rice.