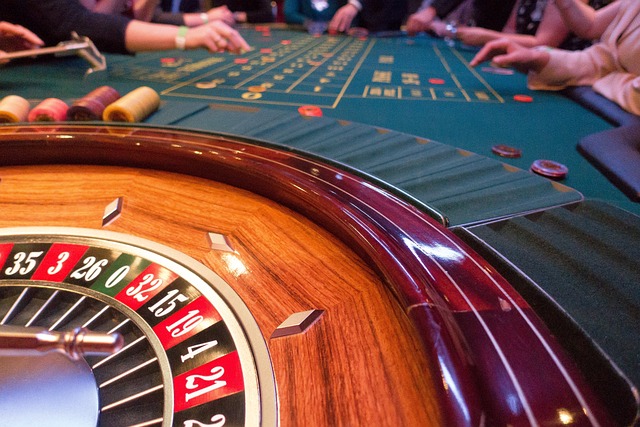 California voters shut down two attempts to legalize sports betting on Tuesday, defeating a pair of propositions that would have allowed non-Native companies like FanDuel and DraftKings to set up shop in California.

That’s just fine with leaders of a predominantly tribal coalition bent on defeating the latter measure more than anything else, said organizer Kathy Fairbanks.

“Defeating 27 was the priority — we had to devote all our energy or resources to that, so we made the decision not to spend any money on traditional advertising for prop 26,” Fairbanks told Native News Online. “It’s not a surprise that it didn’t pass, but our focus has been on 27, so we are happy about the outcome tonight.”

Many tribes in California saw Prop 27 — which would have allowed outside organizations like DraftKings and FanDuel to enter the California gambling market — as a threat to their gaming exclusivity in the state.

“We are grateful to California voters who rejected out-of-state gambling corporations’ deceptive measures and once again stood with California Indian tribes,” Greg Sarris, tribal chairman of the Federated Indians of Graton Rancheria, said in a statement. “Today’s vote is a show of support for tribal self-reliance and a total rejection of corporate greed.”

Tuesday night’s election concluded expensive campaigns for both support and opposition, per information reported on Ballotpedia. The “Yes On 27” campaign spent $161 million, gathered mainly from a political action committee and supported by online betting companies.

“The corporate operators thought they could waltz into California, throw their money around, mislead voters and score a victory,” Beth Glasco, vice chairwoman of the Barona Band of Mission Indians said in a statement. “Big mistake. Voters are smart. They saw through the false promises in Prop 27. The corporations completely misjudged California voters and the resolve of our tribal nations.”

Fairbanks attributed the victory to three key points: voter opposition to online sports betting, a successful bid to paint Prop 27 as a “massive expansion” of online gambling into California, and the position of California tribes.

“Voters at least right now are not ready to support online gambling, and two years from now, it doesn’t look that much more likely,” Fairbanks said, pointing to her campaign’s polling, which reported that 51 percent of polled voters opposed online gambling. “We also know that voters very much support tribes. They believe they have been responsible stewards of gambling in California, and they want to see tribes remain leaders and take a leadership role in any kind of expansion of gambling.”

“Our internal polling has been clear and consistent for years: California voters do not support online sports betting,” Roberts said. “Voters have real and significant concerns about turning every cell phone, laptop and tablet into a gambling device, the resulting addiction and exposure to children.”

Not all tribes agreed, according to Prop 27’s Ballotpedia page: The measure’s supporters included the Big Valley Ranch of Pomo Indians, the Middletown Rancheria of Pomo Indians of California, and the Santa Rosa Tachi Yokut Tribe.

“It’s about the next seven generations,” Chairman Jose Moke Simon III said in an advertisement for Prop 27 available on yestoprop27.com. “Prop 27 will help small, rural tribes like mine get a seat at the table. It will be transformational … taxing online sports betting gives us the chance to really enhance the lives of our tribes.”

Simon argued in a second ad that taxing and regulating online betting would give smaller tribes without large gaming operations a cut of the resulting market.

However, that argument failed to catch fire with most of California’s tribes. While Prop 27 had the support of the three tribes listed, Prop 26 claimed a “broad coalition of more than 50 tribes,” per the group’s post-election statement.

Organizers initially planned to have Prop 26 on the 2020 ballot, but when COVID-19 lockdowns hampered signature-gathering efforts, they punted the measure to the 2022 ballot.

While messaging began to spin up around passing Prop 26, “corporate operators” filed Prop 27 in August 2021, which put 26’s organizers on notice, Fairbanks said.

When tribes saw the proposed measure and its potential fallout, they “dropped everything” to refocus on stifling Prop 27.

“They tried to make voters believe that tribes were overwhelmingly in support of 27,” Fairbanks said. “That is when the focus made a 180 (degree turn), and most tribes prioritized defeating 27.”

With 27 stopped, at least for now, tribes are left to determine the eventual place of online gaming and how to approach sports betting measures in the future, Fairbanks said.

“There isn’t unanimity among tribes on online gaming. This isn’t going to be hammered any time in the next month or two months - it’s going to be an ongoing discussion,” Fairbanks said. “I think many tribes still very much support in-person sports betting at tribal casinos. That concept still has wide support, so that will be something they discuss going forward, I’m sure.”

Mark Macarro, tribal chairman of the Pechanga Band of Indians, echoed the sentiment.

“It’s clear voters don’t want a massive expansion of online sports betting, and they trust Indian tribes when it comes to responsible gaming,” Macarro said in a statement. “As tribes, we will analyze these results and collectively have discussions about what the future of sports wagering might look like in California.”