Voices From the Tribes: Paiute, Shoshone Elders’ Perspectives on Nevada Lithium Mine Proposal 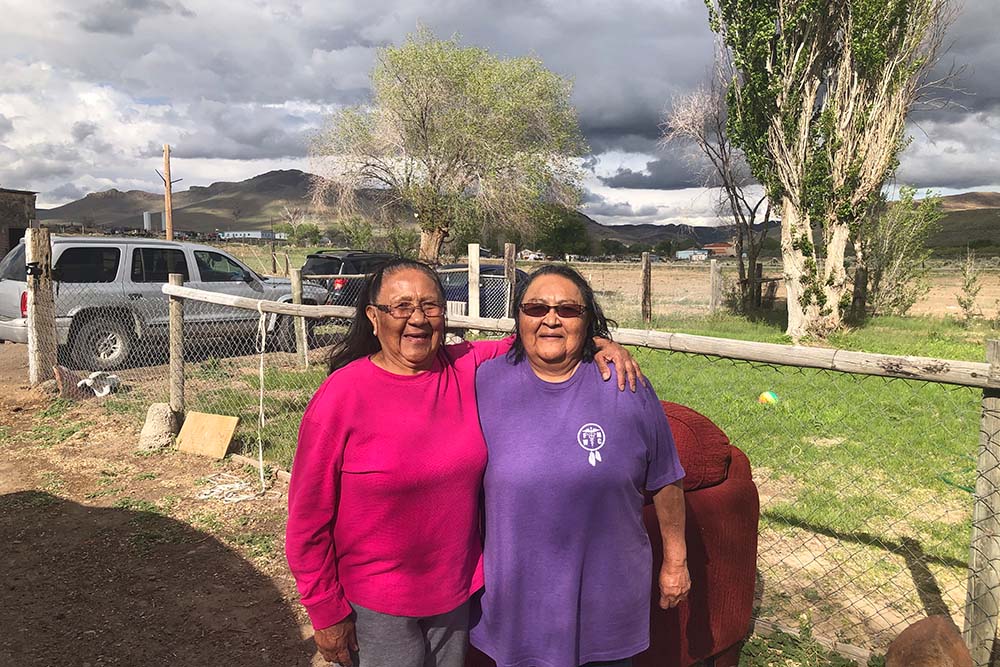 The Fort McDermitt Indian Reservation is located in north-central Nevada near the Oregon border. For centuries, the area has been used by Paiute and Shoshone people for gathering and hunting. Now, with a lithium mining proposal for Thacker Pass, a region just south of Fort McDermitt, tribal members are worried about how this mine will impact the land.

Thacker Pass holds an important history for the tribe. According to tribal elders, the area contains burial sites from a massacre against Paiute and Shoshone people when the land was being settled by white soldiers centuries ago.

This history is not lost on elders like Elvida Crutcher, who has lived at the Fort McDermitt Reservation her whole life. Because Thacker Pass is a burial ground for her ancestors, Crutcher’s visits to the area often feel spiritually significant.

Elvida Crutcher on what Thacker Pass means to her.

Thacker Pass also provides habitat for many plants and animals. According to Great Basin Resource Watch, a conservation organization in Nevada, Thacker Pass is designated in several federal environmental plans as a “Priority Habitat” for the greater sage grouse. It also functions as a habitat corridor for pronghorn antelope. Some of the nearby springs are the only known location for the Kings River pyrg, a type of springsnail.

Thacker Pass sits on the largest known sedimentary lithium deposit in the United States, according to Lithium Nevada. With the resource becoming evermore utilized in the production of electric cars, cell phones, and other technologies, the mine is set to be one of the predominant lithium sources in the country.

For the tribe, protecting the area’s ecosystem from destruction is important because of the role of local flora and fauna within Paiute and Shoshone culture. According to Inelda Sam, a Fort McDermitt tribal elder, many regional plants can be used in medicinal remedies and are often boiled to make Indian tea.

Inelda Sam talks about foraging sage and ka-na-che for tea at Thacker Pass.

Sam keeps a record of the times of the year and the places she can find various plants and animals in the region. She hopes to share this knowledge with her children and grandchildren.

“It’s a place-based knowledge that we have,” said Daranda Hinkey, a Fort McDermitt tribal member and relative of Sam. “Our people have been here so long that we know when plants are coming up and when to hunt or not to hunt.”

The tribe’s members believe that this place-based knowledge gives them a better understanding of the area and what is best for it. They feel that the mining company and the state and federal permitting agencies have not adequately listened to their concerns about the mine.

“It doesn’t make sense to claim that land and not even think about Indigenous voices or what hurts the Indigenous community. I think that’s what they're missing,” said Hinkey.

The approval of the mine’s environmental impact statement and the issuing of the first permits earlier this year occurred before much of the tribe was aware that the proposal was happening.

Some nearby community members and environmental organizations have filed lawsuits against the Bureau of Land Management (BLM) for its hasty approval of the proposal.

On May 27, 2021, four conservation groups—Great Basin Resource Watch, Basin and Range Watch, Wildlands Defense, and Western Watersheds Project—filed for a preliminary injunction in Reno’s Federal District Court. The motion alleges that the BLM is refusing to abide by the requirements of the Winnemucca Resource Management Plan (RMP), which gives direction for how to manage public lands in northern Nevada. These directions help to protect the area’s water, air, and wildlife.

The four conservation groups assert that by not following the requirements of the plan, the BLM is in violation of both the National Environmental Protection Act and the Federal Land Policy and Management Act. The lawsuit’s goal is to permanently stop the mine’s development, which is set to begin as soon as June 23, according to Lithium Nevada.

There is pressure from some of the tribe’s citizens toward the Fort McDermitt tribal council to file a lawsuit against the BLM as well. The tribal council is waiting on an archaeological survey of Thacker Pass to see whether the operation would disturb culturally significant sites before moving forward with any legal action.

Tribal elders like Crutcher and Sam feel that it is their responsibility to protect the area for the sake of their children and grandchildren. They are concerned about the impacts of the mine on the region’s air and water.

While the Nevada Division of Environmental Protection (NDEP) has assured the community that appropriate measures will be taken to mitigate the mine’s effect on the groundwater and air quality, some tribal members believe that any impact on these essential resources is a negative one.

“We need to breathe clean air and drink clean water. That’s why I wouldn't want the mine—there’s a lot of kids growing up here, and we’ve got to take care of them,” said Sam. “That’s what I’m thinking about the most: Our grandkids.”

Claire Carlson grew up in Reno, Nevada, but can now be found exploring the Pacific Northwest. She recently finished a master's degree in environmental studies at the University of Montana.