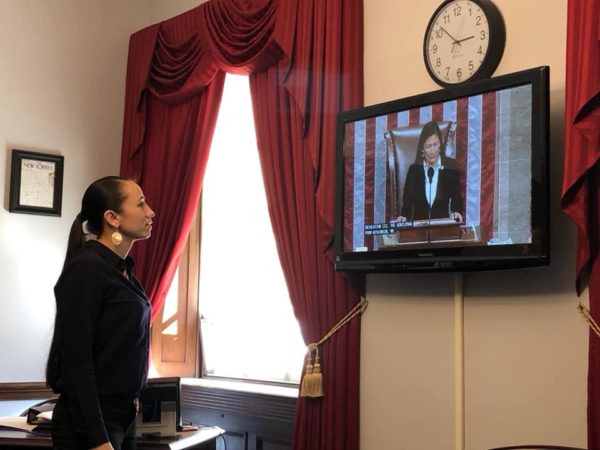 WASHINGTON — U.S. Representatives Sharice Davids (D-Kansas) and Deb Haaland (D-New Mexico) have been chosen to serve on the Congressional Escort Committee ahead of tonight’s State of the Union address.

Davids and Haaland will join a bipartisan group of members of Congress, including House and Senate Leadership, in escorting the President to the House Chamber for the State of the Union address.

“As we enter the House Chamber tonight, Rep. Sharice Davids and I will be a clear contrast to the President during this year’s State of the Union Address. When folks see us escorting the President into the chambers, I want them to remember that this country is for everyone -- no matter where they come from, what their background, or who they love,” said Haaland.

“It’s an honor to be selected for the Congressional Escort Committee, particularly because it will give me the opportunity to meet with the president prior to his State of the Union address and share my hope that he will work with Congress on the issues most important to Kansas families – like lowering the skyrocketing cost of prescription drugs,” Davids said.