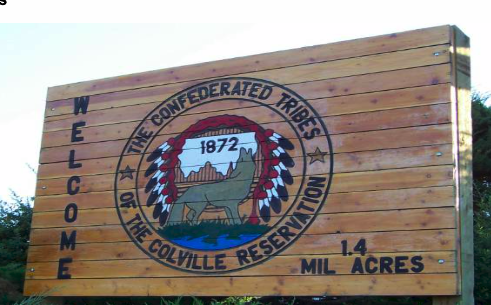 Residents on the Colville Indian Reservation were breathing a sigh of relief this weekend after three suspects were arrested on Friday after the reservation was rocked  by the news of two killings on Thursday in the Keller District, one of the reservation’s residential communities.

According to a news release issued by the Confederated Tribes of the  Colville Reservation, the tribal officer sustained a non-life threatening injury. The identity of the officer was not announced.

Two suspects, Curry Pinkham and Zachary Holt, were arrested on Friday morning. A third unidentified suspect was taken into custody later on Friday.

After the arrests were made, Colville Confederated Tribes Chairman Jarred-Michael Erickson sought to reassure Colville tribal citizens late Friday by telling them it was safe to return to their normal activities.

He also said details of the tragic events are still being assembled as law enforcement continues its investigation.

“I also want to thank our community, including our tribal members and non-tribal residents. This has been a difficult time…but despite the worry and disruption, our community banded together. Many people called in tips and helped law enforcement make these arrests. We grieve the loss of life and pray for the families of the victims,” Erickson said.

Ten law enforcement agencies, including the FBI, Washington State Police and Border Patrol, assisted in the investigation and arrests of the suspects.

Police have not released motives for the two killings.

The Colville Indian Reservation is located in the northeastern part of the state of Washington. The Confederated Tribes of the  Colville Reservation reports it has 9,432 enrolled tribal citizens.