Two tribal leaders of the Tunica-Biloxi Tribe of Louisiana have caught the eye of federal officials in Washington, D.C. and have been selected to serve on tribal advisories boards. 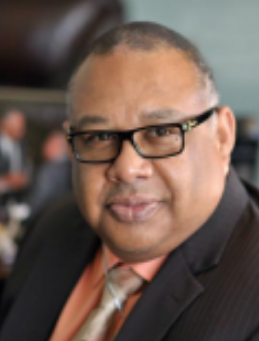 In November, Tunica-Biloxi Tribe Chairman Marshall Pierite was selected to serve as a member of the U.S. Department of Housing and Urban Development’s first-ever Tribal Intergovernmental Advisory Committee. The launching of this committee is pertinent to strengthening the nation-to-nation relationship between the Department of Housing and Urban Development and Tribal communities, the coordination of policy across HUD programs and the advisement of the housing priorities of the American Indian and Alaska Native peoples.

“The creation of this committee demonstrates President Biden’s ongoing commitment to Indian County,  and I commend his administration and Secretary Fudge for working to promote and preserve a high  quality of living as it relates to housing standards and conditions throughout Indian Country,” Chairman Marshall Pierite said. “I am humbled and honored to be selected to participate in  these efforts alongside other dedicated and talented tribal leaders. I pray for guidance and protection as  we continue to make strides within this highly important committee.”

Announced during Native American Heritage Month and preceding the 2022 White House Tribal Nations  Summit, the committee is born out of a 2021 Presidential memorandum that directed all federal  agencies to take actions to strengthen their policies and practices on Tribal consultation. That same  year, HUD Secretary Fudge announced her intention to establish the first HUD Tribal advisory  committee. Public comment was taken into consideration regarding both the structure of the  committee and the nomination of its members. HUD’s goal in selecting the committee members was to reflect appropriate representation across the federally recognized tribes. Several HUD representatives  will serve on the committee as well.

As the recently re-elected Chairman of the Tribe, Marshall Pierite was named the Native American Finance Officers Association National 2022 Tribal Leader of the Year for his outstanding work and dedication through foresight, resolve and considerable economic advancement of their tribe. 2021 was one of the most challenging times for the Tunica-Biloxi Tribe and all of Indian Country, yet Chairman Pierite’s long-term vision and planning turned this past year into one of his most impressive and impactful years as a Tribal leader. Chairman Pierite responded locally and regionally, supporting his citizens in the aftermath of hurricanes and amidst the ongoing COVID-19 pandemic.

Shortly after Chairman’s appointment, Harold Pierite, chief of Police of the Tunica-Biloxi Police Department and a member of the Tunica-Biloxi Tribal Council, was appointed to the Department of Homeland’s Security’s first-ever Tribal Homeland Security Advisory Council. This council will serve as advisors on homeland security policies and practices that affect Indian Country, including emergency management, law enforcement, cybersecurity, domestic terrorism and targeted violence and border security.

“I am honored and humbled for the opportunity to serve my community on a national stage,” said Tunica-Biloxi Police Chief Harold Pierite, Sr. “Service to others, including each and every Tribal citizen, has always been part of my purpose. Through this appointment, I have a duty to every member of Indian Country as I continue my mission of service. The Tunica-Biloxi Tribal Council and my fellow officers have been a wonderful support system, and I owe them great thanks for this opportunity.”