MUSKOGEE, Okla. — A Tulsa man pleaded guilty in the U.S. District Court for Eastern District of Oklahoma to robbery in Indian Country. 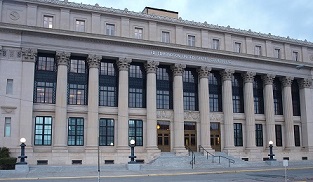 Hunter Ray Kelley, 20, entered a guilty plea that is punishable by no more than 15 years and/or a fine up to $250,000, a term of supervised release to be determined by the court and a special assessment fee of $100.

An indictment issued by the U.S Attorney’s Office alleged that on or about May 13, 2021, Kelley entered a convenience store brandishing what appeared to be a tan AR-15-style rifle. He then pointed the rifle at the clerk and demanded money.

Kelley left the store with cash, cartons of cigarettes, loose cigars and lighters. After he left the convenience store with the stolen goods, Kelley led police officers and deputy sheriffs on a high-speed chase before he stopped and surrendered.

Kelly’s guilty plea was accepted by the Honorable Jodi Warmbrod Dishman, U.S. District Judge in the United States District Court for the Eastern District of Oklahoma, in Muskogee, Okla.