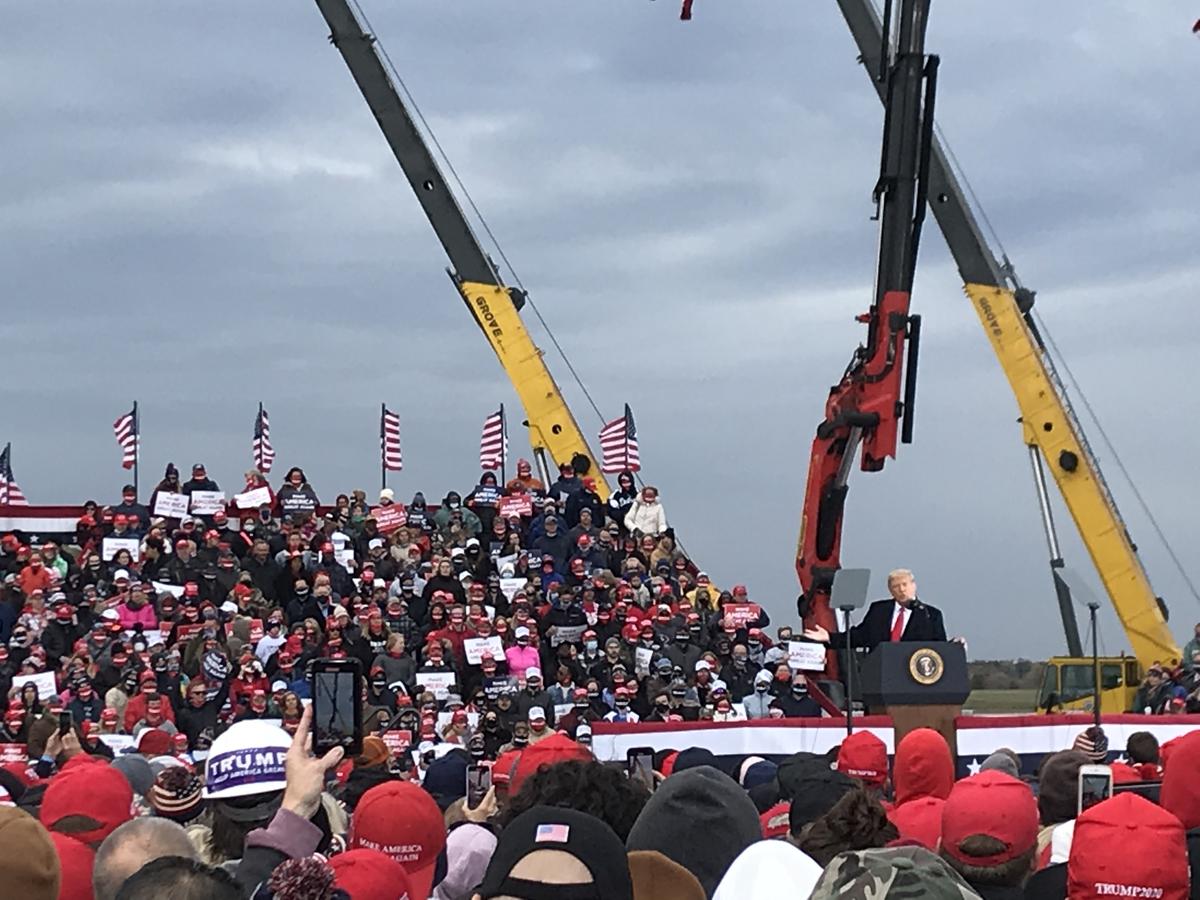 MUSKEGON, Mich. — In the homelands of the People of the Three Fires, the Ojibwe, Ottawa and Potawatomi, President Donald Trump called those who want to replace Columbus Day with Indigenous Peoples’ Day “extremists.” Trump held a campaign rally in Muskegon, Mich. on Saturday afternoon.

His base of mostly Caucasian supporters loved what the president said and booed the idea of Indigenous Peoples’ Day.

His comments came at the end of Columbus Day was celebrated. His comments made in Muskegon echoed what the said a week earlier in his Columbus Day Proclamation when he also used the word extremists for those who want to replace Columbus Day with Indigenous Peoples’ Day.

"These extremists seek to replace discussion of his vast contributions with talk of failings, his discoveries with atrocities, and his achievements with transgressions. Rather than learn from our history, this radical ideology and its adherents seek to revise it, deprive it of any splendor, and mark it as inherently sinister," Trump said in Muskegon.

Trump went on to accuse former Vice President Joe Biden, the Democratic presidential nominee, of attacking Columbus by not mentioning the lost voyager in his Indigenous Peoples’ Day statement.

"So last week, Biden attacked Christopher Columbus by refusing to recognize Columbus Day. And he wants to change the name of Columbus Day to Indigenous Peoples Day. Who likes that idea?"

Biden wrote in part in his statement:

“Jill and I are proud to join with Native communities and all Americans to celebrate Indigenous People’s Day. Native Americans have always honored their deep connection to the land and kept faith with the rich spiritual traditions and heritage of their ancestors, often in the face of policies and violence that sought to strip them of both. With boundless resilience and strength, despite centuries of mistreatment and broken promises, Tribal Nations have fought to preserve their sovereign rights while also making countless contributions to strengthen the character of the United States — the famed American Indian Code Talkers who were critical to defeating facism in World War II, the activism and leadership of Native women, and so much more. It is a part of our history that every American must learn and respect.”

Trump stopped in Michigan for a brief stop. Michigan is a battleground state that Trump won in 2016 by 10,704 votes, a 0.23 percent margin.