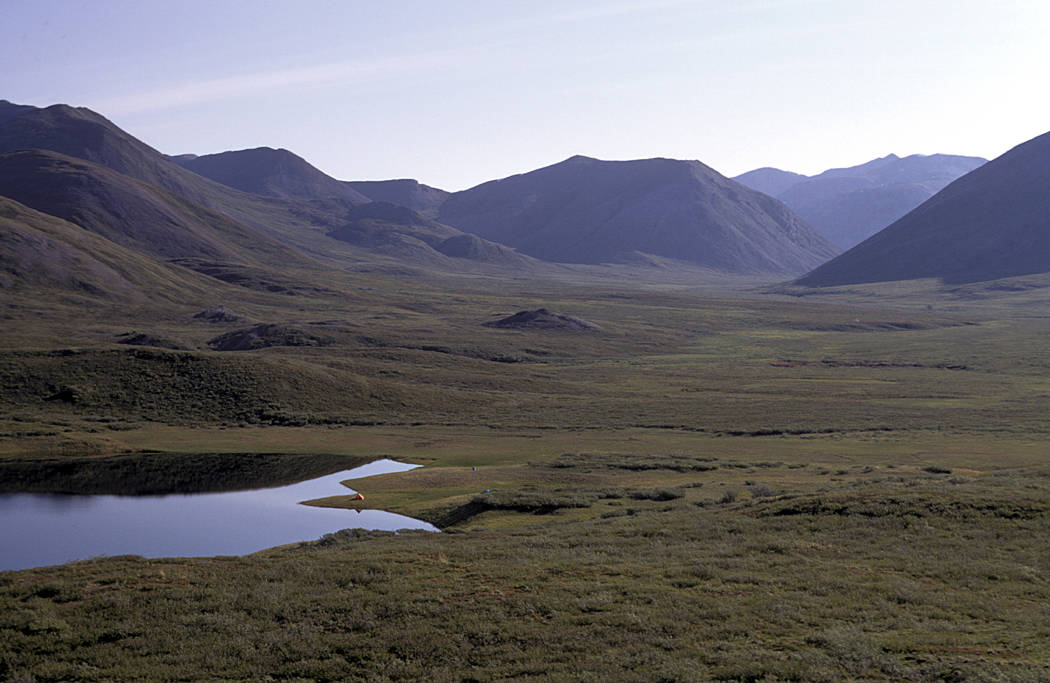 WASHINGTON — The U.S. Department of the Interior on Monday finalized the first- ever oil and gas leasing program in the Arctic National Wildlife Refuge.

The program approves drilling in the entire coastal plain of the Arctic National Wildlife Refuge, an area the U.S. Geological Survey estimates to hold the largest remaining onshore oil reserve in the United States.

Interior Secretary David Bernhardt told reporters during a Monday morning press call that there "certainly could be a lease sale by the end of the year."

For almost 40 years, the refuge was deemed off limits, but the Republican-led Senate included a large portion of the 19.3 million-acre-refuge to be developed for oil and gas production.

The leasing program is required by law. In the Trump administration’s 2017 tax reform package, known as the Tax Cuts and Jobs Act of 2017, Congress tasked the Interior Department to create a leasing and development program that will allow for two oil and gas auctions to take place by 2021 and another by 2024.

The Gwich’in people refer to the coastal plain as “The Sacred Place Where Life Begins” because it is critical to their food security and way of life.

Environmental groups have vowed to file lawsuits to stop the new leasing program.

On Monday, the Gwich’in Steering Committee, an organization that seeks to protect the homelands of the Gwich’in, said they are willing to fight the program.

“We are not giving up. This administration has done nothing but disrespect the Indigenous peoples that have occupied these lands. Our ways of life, our food security, and our identity is not up for negotiation. The fight is not over. We have attorneys on this case and the courts will get to hear about the corrupt and illegal ways the Trump administration has used to open the Sacred Place Where Life Begins for drilling,” Bernadette Demientieff, executive director of the Gwich’in Steering Committee, said in a statement.

“No amount of money you can ever justify what is taking place with the lease sales of what officials call the ‘1,002 lands,’ which are sacred calving grounds of the porcupine caribou herd,” Chief Dana Tizya-Tramm of the Vuntut Gwich’in First Nation said in a statement. “Anyone who says different is merely using their office or education to craft complex excuses on a simple matter.”