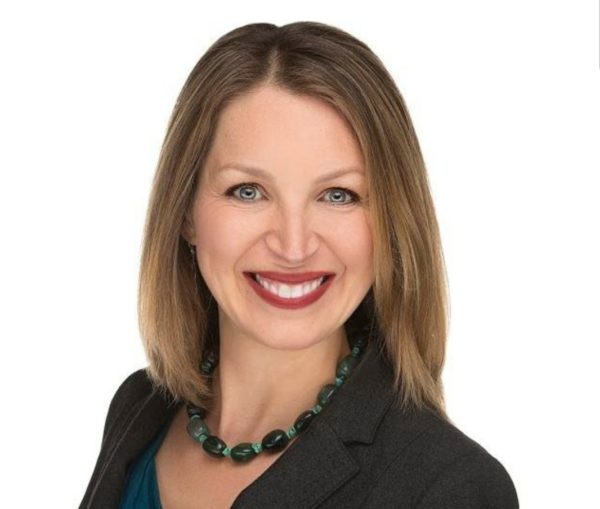 WAUSAU, Wisc. — If Tricia Zunker fulfills her dream, she will be the third American Indian woman elected to Congress — and the first ever in the state of Wisconsin.

Zunker is running for a seat in the U.S. House of Representatives in the Wisconsin 7th congressional district’s special election, which is required after the seat was vacated by Rep. Sean Duffy (R-Wisconsin). Duffy retired last September to spend more time with his family.

A Democrat, Zunker faces a challenger, insurance agent Lawrence Dale, in the upcoming primary election on February 18, 2020. If she wins the primary, she will face a Republican opponent in the general election on May 12, 2020.

Wisconsin is considered a battleground state in the 2020 presidential election. In the 7th congressional district, Barack Obama earned 56 percent of the vote in 2008, Mitt Romney won the district with 51 percent in 2012, and Donald Trump garnered 58 percent in 2016.

Since Trump won the state by a slim margin of 22,748 votes over Hillary Clinton and the 7th congressional district seat is considered a battleground district, the special election is being watched nationally to see if there has been a shift from Republican to Democrat. 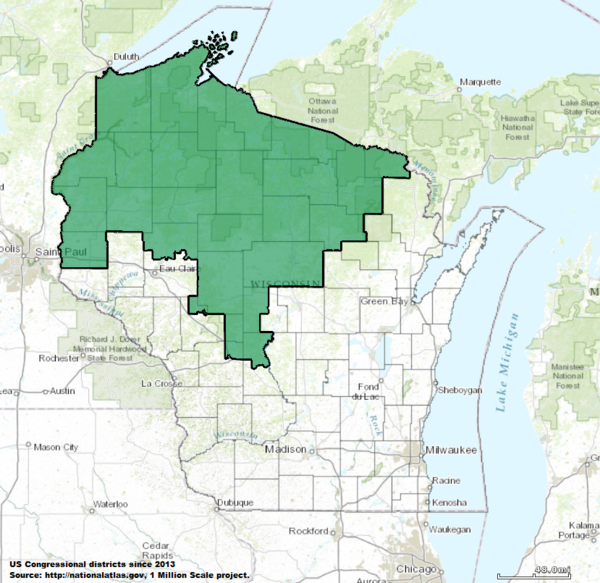 Zunker feels confident if she wins the nomination she can swing the district back to the Democratic column.

“I have incredibly good feelings about this race,” Zunker told Native News Online. “I have traveled to all areas of the district and I get positive feelings when I connect with the voters. The people are tired of the bickering — the gridlock — that is happening in Washington right now. We have some serious issues. Here in Wisconsin our dairy farmers and ginseng farmers are hurting. And, it appears Washington is turning its back on them.”

Zunker has said that her background, and an inspiration to run, is her connection to rural Wisconsin, especially her late grandfather’s farm in Marathon County.

Beyond the farmers who have been hurt due to the hefty tariffs imposed by the Trump administration, voters in the congressional district are highly concerned about jobs and healthcare, according the Zunker.

“I want to get to work to get things done for the common person, for children and for families. It’s really about the future,” stated Zunker. 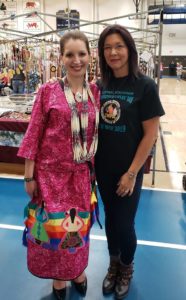 Zunker has heard from both Rep. Deb Haaland (D-New Mexico), Pueblo of Laguna, and Rep. Sharice Davids (D-Kansas), Ho-Chunk, who became the first American Indian women elected to Congress in 2018.

“Both Deb Haaland and Sharice Davids have reached out to me to lend their support in my campaign,” says Zunker. “Rep. Haaland called me recently to give me a pep talk, when I didn’t even realize I needed one. After the call, I realized it was so inspirational to me,” Zunker continues with laughter in her voice.

“Their victories were historic,” commented Zunker. "I would be the first woman to be elected to serve WI-07, first Native American to represent WI in Congress, and would double the current population of single parents in Congress from one to two. I am a single mother raising a son.

In an interview with Native News Online, Zunker touched on the influence being Ho-Chunk has had on her and her career.

“I am a first generation of my family to become a college graduate. I come from very humble beginnings. As a Ho-Chunk, I feel the need to give back. That is what I have done in my career, as a tribal judge and as a member of the Wausau school board,” Zunker said.

Zunker currently serves as an associate judge on the Ho-Chunk Nation Supreme Court.

“When I came home to Wisconsin, I began buying Ho-Chunk-made baskets. I would find them at flea markets and garage sales. People didn’t even realize what goes into making them. I love them because of what they mean. The word Ho-Chunk means big voice. The baskets speak about our culture. They mean a lot to me as they symbolize perseverance and resilience. And, they are beautiful. Now I have quite a collection of homemade Ho-Chunk which give me a lot of pride in our culture,” said Zunker. 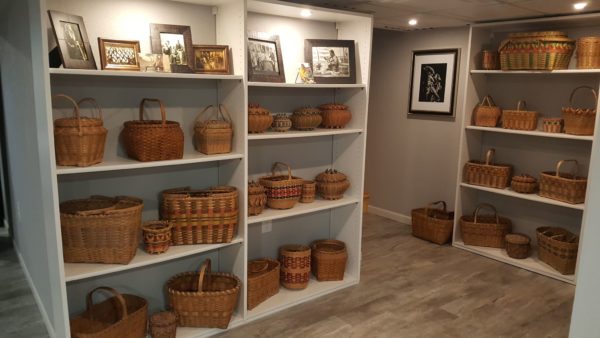 Zunker is proud of her private Ho-Chunk basket collection.

“If you think about it, more people care about Indigenous issues, such as the environment, good health and jobs. The bottom line is Indigenous issues are human issues. The GOP only is concerned about corporate success,” said Zunker.