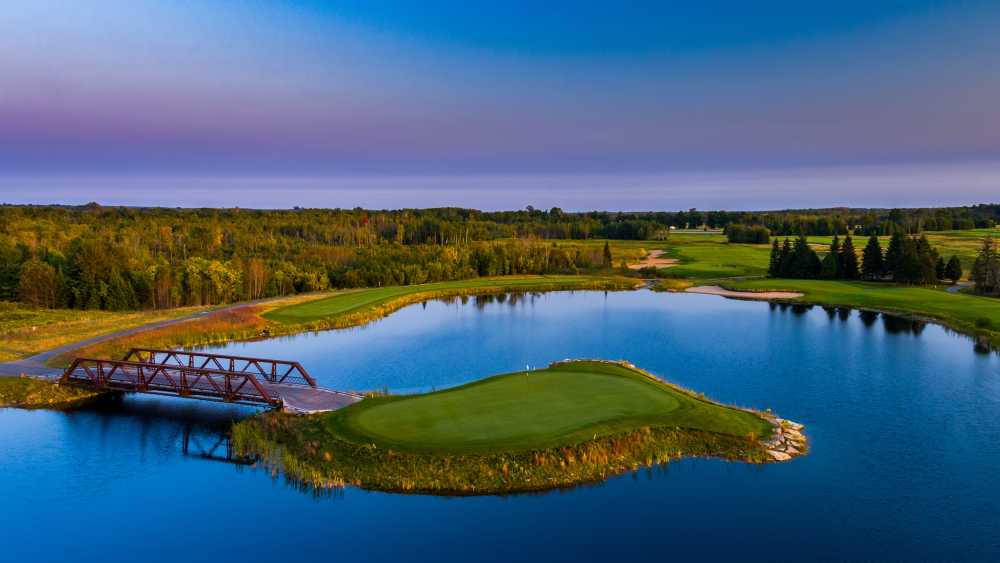 Sweetgrass Golf Course is owned and operated by the Hannahville Indian Community, a federally recognized Potawatomi Indian Tribe, and is part of the tribe’s Island Resort & Casino in Michigan’s Upper Peninsula.

“We were all just speechless,” said Sweetgrass Director of Golf Dave Douglas to the Daily Press. “We are very honored to win that award.”

Island Resort & Casino is one of the largest golf, casino, and entertainment resort destinations in the Midwest. According to the Michigan Golf Journal, the Hannahville Indian Community opened the bingo hall in 1981, then expanded to include a casino in 1991. In the late 1990’s, the Tribe expanded the casino, and added a showroom and convention center. The Tribe recently opened a $33 million expansion, which included an 11-story Palm Tower that increased room capacity to 454. The expansion also includes a high-end steakhouse and a family waterpark.

This isn’t the first Tribally-owned golf course’s first award from the NGCOA. Sweetgrass was awarded Michigan’s course of the year for Region 2 last fall by NGCOA, putting it in line for the national award, according to a report by the Daily Press. Club & Resort Business says on its website that the golf course of the year award recognizes a golf course that, “epitomizes exceptional course quality and management excellence, makes important contributions to its communities and the game, and is a model of operations to its peers.”

The Native-owned organization Sweetgrass now joins some of America’s most prestigious golf courses.