DENVER, Colo. — Gerald and Linda Montour were greeted with an unexpected shock upon returning from a trip to the mountains last weekend. Gerald stopped in the middle of their street in Northglenn, a northern suburb of Denver, so Linda could move her car and he could back the trailer into their yard.

When she returned to Gerald ’s vehicle, she said: “Our flags are gone.”

Gerald said he flies the two tribal flags with pride, and that the American flag was hanging upside down, an international sign of distress.

“It was upside down because right now we are in trouble because of COVID-19, treaties not being honored and the atrocities still being done against brown people,” Gerald said.

Gerald immediately reviewed video captured on a home security system that monitors the front of their home.

The video shows a white man wearing a tank top with an American flag printed on the front pulling up to their house in a pickup truck. Another person riding a motorcycle pulls up beside the truck. The man in the tank top walks up the Montour’s driveway and takes the three flags from the porch. As the man starts to walk back to his vehicle with the stolen flags, he turns and hits the door with the flag poles. Then he tosses the flags into the back of his truck. 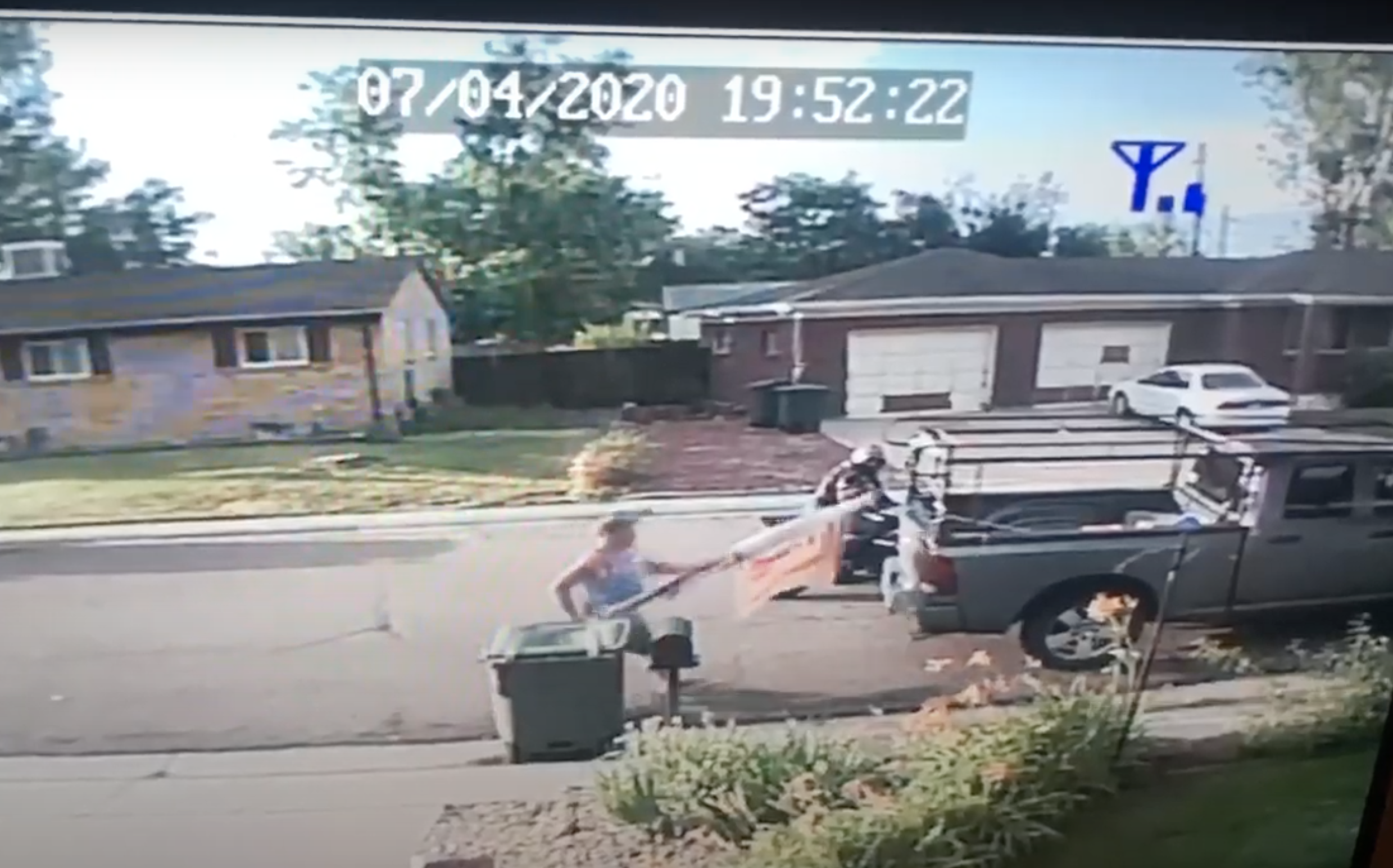 The man can be seen on video putting the flags in the back of his truck while another person on a motorcycle waits nearby.But before leaving, the man turns toward the house and shouts obscenities.

“To have this done with it still light outside is unsettling,” said Gerald, a Vietnam-era U.S. Air Force veteran and the founding assistant principal of the American Indian Academy of Denver. He added that he and his wife have lived there for 12 years and never had any trouble.

Fortunately for them, a neighbor was able to get the license plate number from the pickup truck. The Northglenn Police Department is investigating the incident.

A spokesperson for the Northglenn Police Department said one of the department’s detectives was scheduled to interview a person of interest in the case Friday afternoon.

Gerald said he hopes the person responsible is caught and charged with ethnic intimidation or even a hate crime.

“When someone is willing to come onto our property in broad daylight, it makes me worry,” Gerald said, adding that he and his wife have security alarms on their cell phones to alert them when someone approaches their porch. 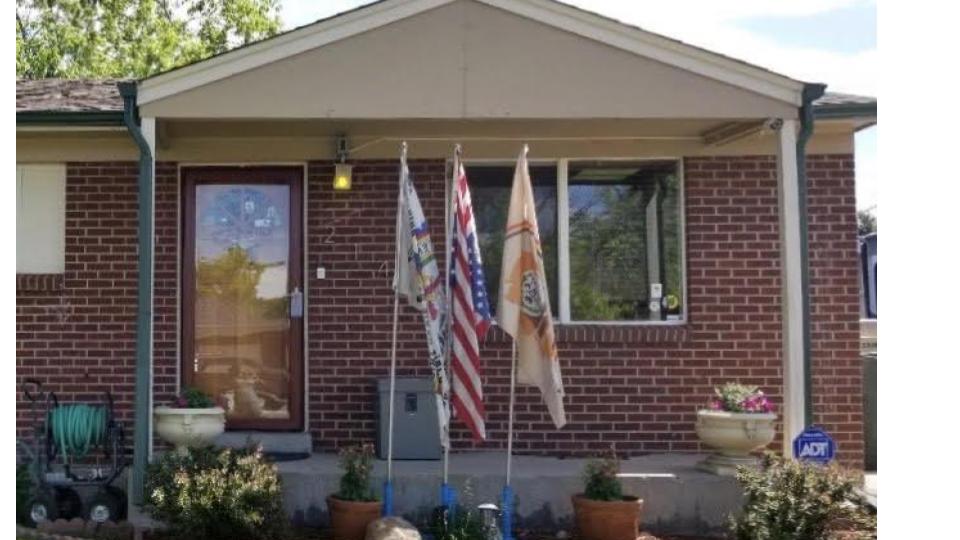 The Montours fly three flags in front of their home: The Navajo (Dine) flag, The Cheyenne River Sioux flag and the American flag. (Courtesy G. Montour)“As Native Americans we know people should know hate should not be the first motivation in someone’s life,” Gerald said. “I am a veteran, an American, but right now I am ashamed of some of the things going on in this country.”

CORRECTION: An earlier version of this article referred to Gerald as David Montour.  Gerald Montour is the correct name. Native News Online apologizes for this error.