OLYMPIA, Wash. — When longtime tribal treaty rights warrior Billy Frank, Jr. died unexpectedly on May 6, 2014 at the age of 83, S’Klallman Tribal Chairman W. Ron Allen said, “He was bigger than life. It’s a very sad day for all of us.” 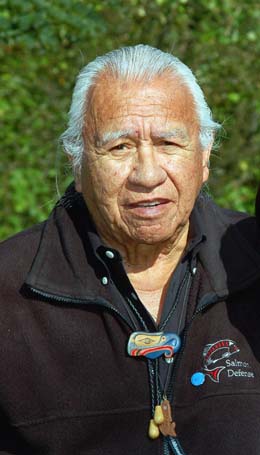 Back then, Allen had no way of foreseeing that one day a statue of Billy Frank Jr. would loom larger than life in the U.S. Capitol. But a bill signed last week by Washington state Gov. Jay Inslee will make a statue of Frank possible, and will replace one of Oregon Trail pioneer Marcus Whitman in the U.S. Capitol’s Statuary Hall.

Each state of the union is able to have two statues of individuals in bronze or marble to represent their respective state.

Frank, a tribal citizen of the Nisqually Tribe, spent decades fighting on behalf of Indian fishing rights and the environment. Frank was first arrested at the age of 14 for exercising the salmon fishing rights he felt were his as an American Indian. Frank would go on to be arrested more than 50 times.

During his decades of fighting for tribal fishing rights, Frank was beaten by non-Native fishermen who were in opposition of Indian fishing rights.

Frank served as chair of the Northwest Indian Fisheries Commission for nearly 30 years and helped organize “fish-ins” and demonstrations, which led to what is known as the Boldt Decision, a federal court case that reaffirmed tribal fishing rights.

"We expect to send our best from the state of Washington to be memorialized in the United States Capitol in Statuary Hall," said Inslee at the bill signing ceremony. "We can't send the Nisqually River or Mount Rainier, but we can send Billy Frank Jr."

The bill was sponsored and championed by Washington state Rep. Debra E. Lekanoff (Tlingit), who is the only Native American serving in the Washington State Legislature. The bill passed with broad bipartisan support. 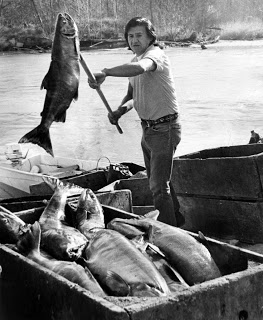 Billy Frank Jr. exercising his treaty rights in 1973. (Ecotrust)“Billy Frank, Jr. brought us together, both Democrats and Republicans, with no confrontation to get this bill passed,” Lakanoff told Native News Online.

Lekanoff says having a statue of Frank in the U.S. Capitol is a pathway to educate non-Native people about the accomplishments and contributions of Frank.

“It is a way for Washington state to bring to our nation’s capital city, Washington, D.C. the story of Billy Frank, Jr., who was about creating tribal economies, preserving the environment for healthier lives,” Lekanoff said.

Frank’s influence in Indian Country extended beyond his tribe.

“Billy Frank, Jr. always supported our efforts to manage our resources in our lands. He definitely deserves to be remembered for through this statue,” Mike Williams, chief of the Yupiit Nation in Akiak, Alaska, said to Native News Online.

Lekanoff said the funds needed to get the statue will be a grassroots effort. No state governmental funds will be used. Because of that, she does not have a timeline for completion.

Frank told the author of “Where the Salmon Run: The Life and Legacy of Billy Frank, Jr.” he wanted to be remembered as a fisherman.

Frank will get that respect when his statue arrives in the U.S. Capitol’s Statuary Hall.