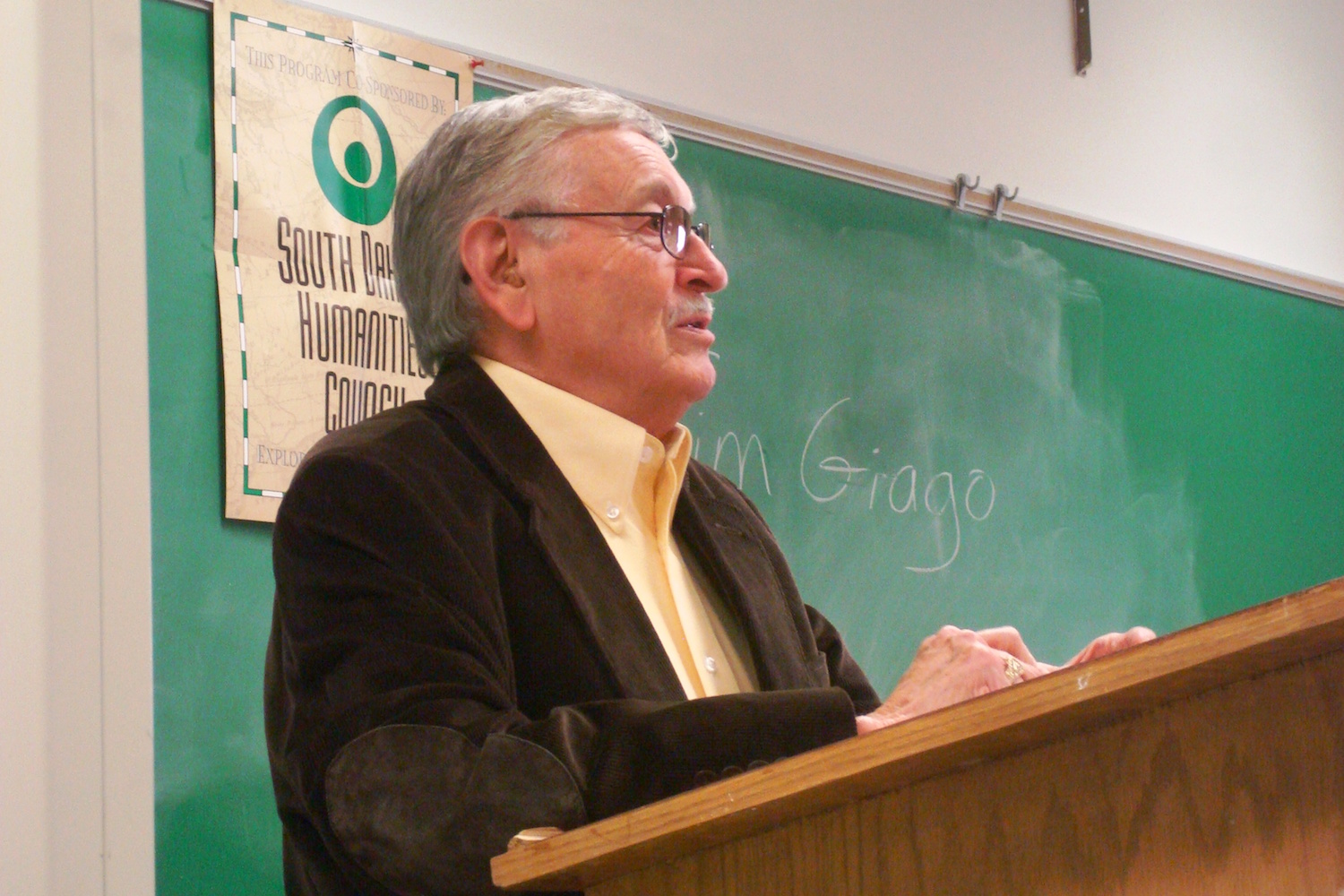 Tim Giago, publisher, activist, writer, reporter, editor, organizer, friend, and relative, passed away at the Monument Hospital in Rapid City on Sunday, July 24 at 8:34 am. He was 88.

“Then I watched as he started Lakota Times, opening a route for an independent press in tribal nations,” Trahant said. “Then he expanded to Indian Country Today.”

Giago had more than four decades of work in journalism and founded the Lakota Times with his first wife, Doris, in 1981. It was the first independently owned Native American newspaper in the country. It eventually became Indian Country Today, and was sold to the Oneida Nation of New York in 1998.

He then founded the Lakota Journal in 2000 and in 2009, he founded the Native Sun News Today, based in Rapid City, South Dakota.

Giago, along with representatives of South Dakota’s nine tribal governments, organized to make 1990 a “Year of Reconciliation.”

This work led to South Dakota becoming the first state to recognize “Native American Day,” rather than “Columbus Day,” on the second Monday of October.

“Tim was a major figure in Native journalism and I hope that someone does a deep div e into his biography against the backdrop of his time at boarding school for a rich understanding of the Native history he made and influenced,” said Suzan Shown Harjo (Cheyenne and Hodulgee Muscogee), writer, curator, policy advocate, and recipient of the Presidential Medal of Freedom told Native News Online.

“Tim Giago was a mix between newspaperman and impresario, who could have copied his mannerisms from typecast publishers and movie producers in 1930s films,” Harjo said. “His true talent was for jumpstarting businesses, careers, and journalists’ associations.”

He was also a strong opponent of the use of American Indian imagery in sports and media. He wrote opinions and editorials in publications for decades, and has been quoted by many mainstream publications on this stance against the use of the derogatory word “Redskins.”

Trahant said Giago leaves behind a rich legacy, including uplifting others. “But perhaps the most important work was inspiring others to the mission of journalism,” he said. “He opened the door for a lot of young people.”

As a boarding school survivor, Giago spoke out against the abuse he endured and witnessed while he attended the Holy Rosary Indian Mission on the Pine Ridge Indian Reservation. His book, Children Left Behind: The Dark Legacy of Indian Mission Boarding Schools, is based on his ten years at the boarding school.

The South Dakota State Legislature passed a bill in 2010 that would not allow childhood sexual abuse survivors over 40 years to sue organizations,  particularly the Catholic Church. Giago spoke against the law and said, “I am a survivor of the Holy Rosary Indian Mission Boarding School. I do not want to be honored. I want the South Dakota legislators to rescind the law that prevents me and other survivors the right to sue the schools that allowed and perpetrated that abuse.”

“Those of us who had the privilege to collaborate with him in the news media wish his business partner and loving wife Jackie, together with all his relatives, comfort and solace, as he makes his journey to the spirit world,” Nauman, who was present during Giago’s passing. “We can honor him by carrying on the good work.”

"When I think about the vast contributions of Tim Giago's impact on Native American media, I want to say he was a pathfinder for so many Native journalists who must maintain strong voices so that Indian Country's narrative can change," Levi Rickert, publisher and editor of Native News Online says. "His drive to change the narrative continued until days before his passing. Indian Country should appreciate that drive and tenacity."

His services will soon be announced.