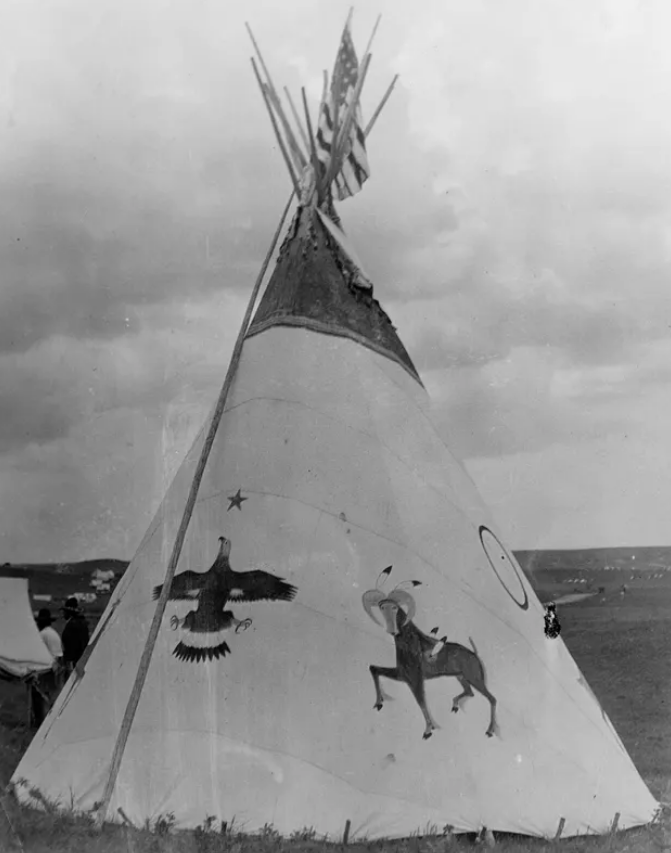 On February 8, 1887, the Dawes Act, also known as the General Allotment Act, was passed by Congress. This Act ultimately allowed the Federal government to legally seize and break up tribal lands. This act was one of the pivotal pieces of the American Government’s attack on Native people and continuation of settler colonialism.

In part, this act aimed to assimilate Native Americans into the colonized society of individual farming and land plots. It also played a major role in removing Native peoples from their land, so the government could sell it off to the settlers.

The government gave Native Americans the option of accepting individual plots of up to 160 acres of farm land or 320 acres of grazing land that would be “given” to the head of each family. Only those who accepted this option would have the ability to be made U.S. citizens.

Through the Dawes Act, over 90 million acres of land was taken from Native people. The land that they had lived on and taken care of for years—even generations—was stolen and then maybe returned at a fraction of what they lived on previously. This Act was not “gifting” this land back to them, but it was merely a tool of continued assimilation and displacement.

Even though many tribes were promised payment for the land that was taken from them, if they were paid, they were majorly short-changed.

This also separated communities and tribes by forcing them to live on separate plots of land. This was part of the government’s strategic plan to disassemble Native communities in order to make assimilating easier.

Forced into standardized ranching and farming, when some Native Americans were not accustomed to this way of life. On top of this, the land that they were forced to cultivate was often not suitable for farming.