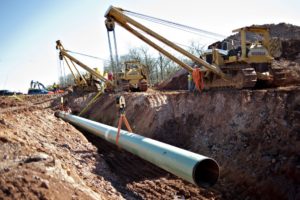 GREAT FALLS, Mont. — Despite ongoing lawsuits, TC Energy (formerly TransCanada) has filed a status report with a United States District Court outlining their plan to begin pre-construction activities and construction on their Keystone XL (KXL) pipeline 2020. This construction would include preparations for man camps along the route.

For the better part of a decade tribal nations, from Dene territory in the north to Ponca territory in the south, have made it clear -- they do not want this toxic tar sands pipeline near Indigenous lands and communities, they do not want to see further development within the tar sands region of northern Alberta, and they will not stand for the active disregard of their inherent Indigenous Rights.

"President Trump continues to circumvent the law by trying to illegally push the KXL pipeline through despite his first permit being revoked and his second permit being challenged in court. Climate chaos is already here and the KXL pipeline will be devastating to tribal communities and to the world's ecosystems," said Kandi White, Native Energy and Climate Campaign Coordinator, Indigenous Environmental Network.

In 2018, United States District Judge Brian Morris, issued a landmark ruling that President Trump violated federal environmental laws when his Administration claimed that the KXL Pipeline was consistent with the public interest. Last December, a judge dismissed Trump’s push to have the legal challenge, in which IEN is a plaintiff, against  his second permit dismissed. The KXL pipeline still sits in legal limbo and the fact TC Energy feels bold enough to start pre-construction without the proper permits speaks volumes to the control big oil money has on our political and legal system.

“For a decade, we have fought this dirty tar sands pipeline. We will not allow our treaties to be ignored and our communities put at risk. Consultation is not consent and consultation has not happened with the Oceti Sakowin tribes. Not one of them. Man camps surrounding our tribal nations bring drugs like meth and heroin to our nations and violence to our women and children” said Joye Braun, Frontline Community Organizer, Indigenous Environmental Network. ”The KXL will only inflame the epidemic of Missing and Murdered women, girls and two-spirit relatives in our communities. A date for the federal litigation has not been finalized nor do they have all the permits required to begin construction. This timeline is pure fantasy.The KXL Pipeline will not be built through Oceti Sakowin lands.”