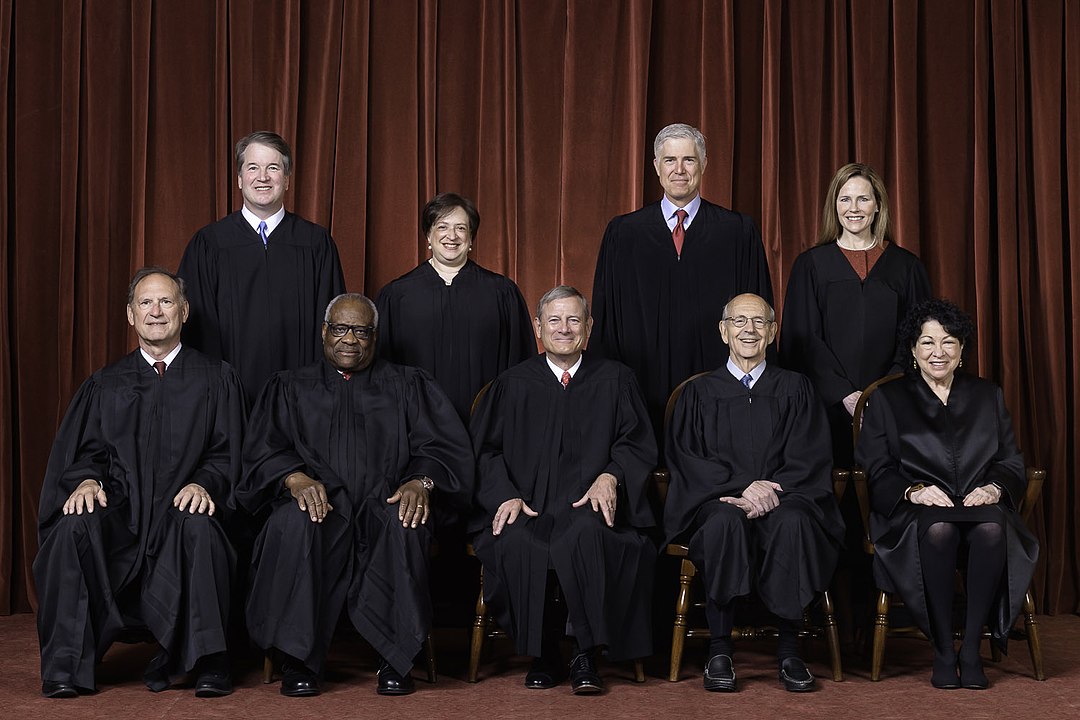 Today, the United States Supreme Court ruled 5-4 that Oklahoma has jurisdiction to prosecute non-Indians who commit crimes against Indians in Indian Country. It is the first time in U.S. history that a state has concurrent jurisdiction with the federal government.

In Oklahoma v. Castro-Huerta, Oklahoma asked the Supreme Court to return some criminal jurisdiction to the state after the 2020 McGirt majority decision that determined that much of the eastern part of the state is still an Indian reservation.

“We conclude that the Federal Government and the State have concurrent jurisdiction to prosecute crimes committed by non-Indians against Indians in Indian country,” wrote Justice Kavanaugh in today’s opinion. “We therefore reverse the judgment of the Oklahoma Court of Criminal Appeals and remand the case for further proceedings not inconsistent with this opinion.”

The decision was authored by Justice Brett Kavanaugh, a Trump appointee, and overturns an Oklahoma Court of Criminal Appeals ruling from April 2021 that vacated the Tulsa County conviction and sentence for Victor Manuel Castro-Huerta.

The decision is considered a victory for Oklahoma and Republican governor Kevin Stitt.

In the monumental 2020 McGirt majority decision, the Supreme Court ruled that the Muskogee (Creek) Nation in Oklahoma is still an Indian reservation and the state’s criminal jurisdiction is limited to crimes involving non-Indians only. Oklahoma’s Court of Criminal Appeals applied the McGirt decision to the Cherokee, Chickasaw, Choctaw, Seminole and Quapaw reservations.

After McGirt, state criminal jurisdiction was then limited to crimes involving non-Indians only in Indian Country.

Oklahoma argued in Castro-Huerta that the McGirt decision has disrupted the criminal justice system.

Oklahoma Republican Governor Kevin Stitt, who is also enrolled with the Cherokee Nation of Oklahoma, has been a fierce opponent of the McGirt decision. Oklahoma hoped to use Castro-Huerta to restore some its power over non-Indian offenders in eastern part of the state.

Briefs were filed in support of Oklahoma by the Oklahoma District Attorney’s Association, the state of Texas, Environmental Federation of Oklahoma, Inc., Oklahoma Association of Chiefs of Police, Citizens for Equal Rights Foundation, City of Tulsa, Oklahoma, and the City of Owasso, Oklahoma.

Oklahoma argued that Castro-Huerta’s conviction was valid because the state had “concurrent jurisdiction” with the federal government over crimes committed by non-Indians against Indians in Indian country.

“With today’s decision, Oklahoma has not only weakened a component of the McGirt case, but has fundamentally altered the long-established understanding of how criminal jurisdiction over non-Indians functions with respect to the federal government, state governments, and Tribal Nation governments, ” the National Congress of American Indians (NCAI) said in a joint statement with Native American Rights Fund (NARF).

"Despite the Oklahoma governor's lies and attacks, the Court has refused to overturn the McGirt decision,” said Cherokee Nation Principal Chief Chuck Hoskin in a statement. “As we enter a chapter of concurrent jurisdiction, tribes will continue to seek partnership and collaboration with state authorities while expanding our own justice systems. We hope that with these legal questions behind us, Governor Stitt will finally lay his anti-tribal agenda to rest and come to the table to move forward with us - for the sake of Oklahomans and public safety."

“The U.S. Supreme Court’s ruling today in Castro-Huerta v Oklahoma is an alarming step backward for justice on our reservation in cases where non-Native criminals commit crimes against Native people,” said Muscogee (Creek) Nation Principal Chief David Hill in a statement on Wednesday. “It hands jurisdictional responsibility in these cases to the State, which during its long, pre-McGirt, history of illegal jurisdiction on our reservation, routinely failed to deliver justice for Native victims.”
“Today’s ruling also purports to expand the State of Oklahoma’s authority on reservation lands to unprecedented levels to include concurrent jurisdiction on trust and restricted lands,” Hill continued in his statement. “This will have a ripple effect throughout Indian Country across the United States.”

During the two and a half hour oral argument on April 27, Justice Neil Gorsuch voiced that state’s were often the “deadliest enemies” of Tribes and their citizens and that states do not possess political power in Indian country without authorization by Congress.