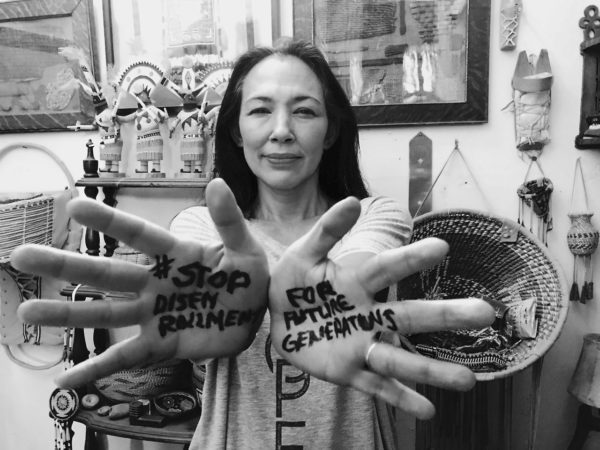 SEATTLE — Next week, Indigenous people from around the country will put their hands forward to deliver a message on social media about the controversial tribal practice of disenrollment.

It is estimated that some 10,000 tribal citizens have been disenrolled by their tribes. Of the 574 federally recognized tribes, about 85—or 15 percent—have participated in this practice.

To fight back, Stop Disenrollment, a grassroots Indigenous effort, will resume its annual campaign this month for a fifth straight year. For the past four years, hundreds of Indigenous people have posted photos of themselves in a hand gesture, with words expressing opposition to disenrollment penned on their palms, on various social media platforms.

On Monday, February 10, Stop Disenrollment will resume for a fifth year.

During last year’s campaign, the Stop Disenrollment Facebook page alone generated more than 40,000 interactions. Tens of thousands more have liked and shared the photos each year.

The movement is, in part, an Indigenous reaction to silence by national inter-tribal organizations regarding disenrollment and related tribal human rights abuses.

This year’s campaign will coincide with the “State of Indian Nations” address in Washington D.C. by National Congress of American Indians (NCAI) President Fawn Sharp. NCAI is being increasingly called upon “to start talking about disenrollment in order to make it clear that it is not an acceptable practice in Indian Country.”

Stop Disenrollment has drawn prominent Indigenous Americans in years past, including: