St. Patrick’s Day Remembrance: The Bond Between the Choctaw and the Irish 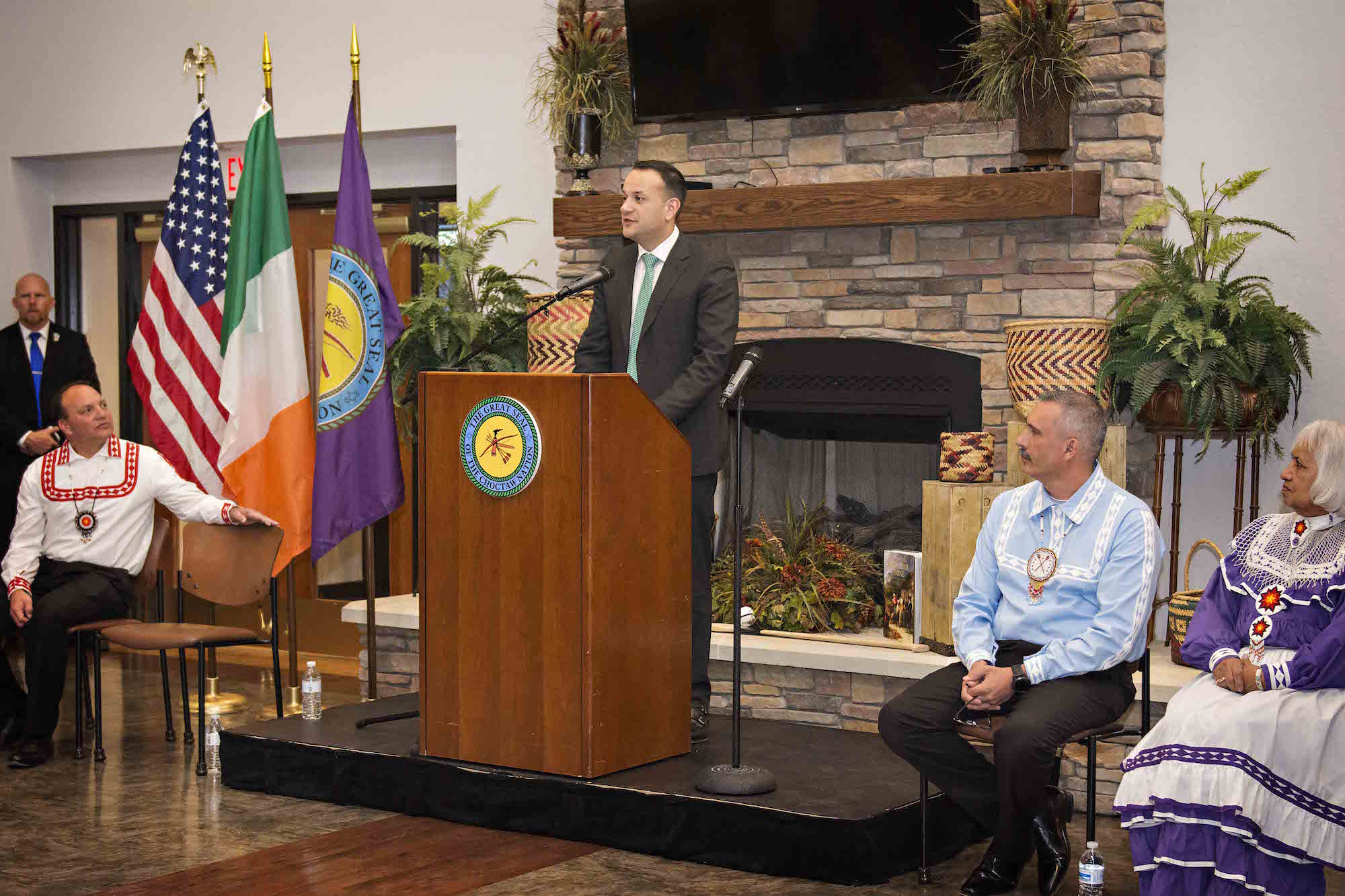 DURANT, Okla. — Two years ago, on March 12, 2018, the prime minister of Ireland visited the Choctaw Nation in Durant, Okla. He was in the United States during a week-long tour to celebrate St. Patrick’s Day festivities.

Prime Minister of Ireland Leo Varadkar, who left that position in June 2020, wanted to visit the Choctaw Nation to thank the tribe for the generous gift their ancestors gave to the Irish back in 1847 during the Great Famine of 1845-1852 in Ireland.

After experiencing their own difficult times during the Trail of Tears 16 years prior, when the Choctaws heard about the suffering of the Irish were experiencing, they collected $170—the equivalent of $4,400 in today’s dollars—and through a group of Quakers sent it across the Atlantic Ocean to help feed the starving people in Ireland.

“The story of our two peoples — the Irish people and the Choctaw people — symbolizes the spirit of St. Patrick, our patron saint, perhaps better than anything else,” Varadkar told a gathering of tribal elders and dignitaries.

He later surprised the crowd with an announcement that Ireland created a scholarship so that Choctaw students could study in his country.

“Your story is our story. We didn’t have any income. This was money pulled from our pockets. We had gone through the biggest tragedy that we could endure,” he said, referencing the Trail of Tears. “The bond between our nations has strengthened over the years. We are blessed to have the opportunity to share our cultures and meet the generous people who have continued to honor a gift from the heart.”

The 2018 visit was not the first time a leader of Ireland acknowledged the generosity of the Choctaws in 1847. In 1995, Irish President Mary Robinson visited the Choctaw Nation to thank the Choctaws for the funds sent to Ireland. She noted that the only link was “a common humanity, a common sense of another people suffering as the Choctaw Nation had suffered when being removed from their tribal land.”