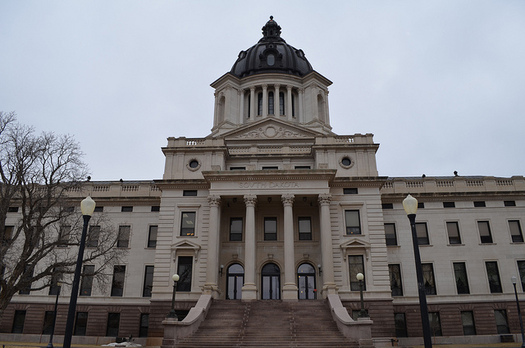 PIERRE, S.D. — Democrats Shawn Bordeaux and Peri Pourier, along with Republican Tamara St. John, were each re-elected for an additional term in South Dakota’s House of Representatives in yesterday’s election. Red Dawn Foster and Troy Heinert, both Democrats, were re-elected to the South Dakota State Senate.

All of the state lawmakers are from tribes in South Dakota.

Bordeaux has served in the House of Representatives since 2015 and represents District 26, which includes the Rosebud Indian Reservation. He is Sicangu Lakota.

Both Foster and Pourier represent District 27, which includes Oglala Lakota County and part of Pennington County in southwestern South Dakota. Both were first time-elects in 2018. They’re both Oglala Lakota.

“It is very humbling to be chosen to represent the Oyate again,” State Rep. Peri Pourier told Native News Online. “It motivates our passions to fight for the Native voice in critical times and it’s an honor I’ll carry proudly.”

“Wopila tanka for your love, support and vote in these pandemic times” said State Sen. Red Dawn Foster in a Facebook post. “I am humbled and honored to once again represent our voice at the South Dakota Legislature!”

The South Dakota House of Representatives is the lower house of the South Dakota State Legislature and is made up of 70 members with two from each legislative district.

In their first term together, all three Representatives were able to successfully pass Senate Bill 164, which lays out guidelines for law enforcement officers to handle and report on cases of missing and murdered Indigenous persons. It requires the Division of Criminal Investigation to disseminate uniform guidelines on reporting and investigating cases of missing and murdered Indigenous persons to law enforcement agencies throughout South Dakota.

South Dakota’s District 27’s veteran state senator, Kevin Killer, opted out of state politics and campaigned as a candidate for the Oglala Sioux Tribal President in this year’s general election.  He previously served as District 27’s Representative from 2009 to 2017, and as the district’s state Senator from 2017 to 2019. He is anticipated to become the next president for the Oglala Sioux Tribe.

However, another initiative was voted on that could drastically affect tribes in the state. Voters have approved efforts to legalize both recreational and medical marijuana use in South Dakota.

“The State Legislature has a lot of work to do to see if IM26 will drastically affect current state laws,” Rep.Pourier said. “With the both Oglala Sioux Tribe and the State legalizing both recreational and medical marijuana, I'm hoping a new paradigm will shift when analyzing the benefits and risks of marijuana use.”

South Dakota is the only state in the country that criminalizes ingestion of marijuana as a felony crime.

Earlier this year, the Oglala Sioux Tribe voted to legalize the use of medical and recreational marijuana, but because of the pandemic progress has been stalled.

“There is a great deal that needs to happen on every legislative level,” Rep. St. John commented. “The voice of the people is a powerful thing and it will take work to create and pass the sort of legislation needed to implement it (IM26).”

Initiated Measure 26 (IM26) will legalize the medical use of marijuana if the legislature creates laws regulating its use. Per state law, each initiated measure won’t be in effect until July 1, 2021.

Governor Kristi Noem and the state Legislature could overturn IM26 as the state did in 2017 with IM22. The Rapid City Journal reported that Noem said she opposed IM26.