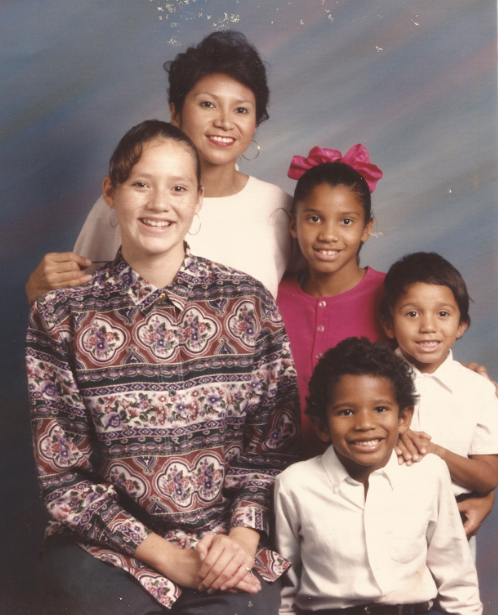 SACRAMENTO, Calif.— An Oglala Lakota woman’s convicted killer was commuted earlier this year by California Governor Gavin Newsom, which made him eligible for parole seven years earlier than his original sentence of two counts of 15-years-to-life for second degree murder on May 3, 2000.

Rodney “Patrick” McNeal was later granted parole on a tied vote and he was scheduled to be released on November 13, 2020. However, due to some unforeseen circumstances, he remains in prison and her family is advocating for McNeal to stay in prison. The woman was brutally murdered while pregnant on March 10, 1997.

The victim’s name was Debra Black Crow and she was 6 months pregnant when she was strangled to death, then stabbed thirteen times in the back, thrown in her bathtub and doused with cleaning agents in the home she shared with her husband, Rodney “Patrick” McNeal in Highland, California. She was an enrolled citizen of the Oglala Sioux Tribe in South Dakota and had four children from a previous marriage.

McNeal was a probation officer at the time of the incident and wasn’t initially considered a suspect in his wife’s killing because of an alibi that left under 10 minutes from the time McNeal returned home to the moment police arrived at the scene.

However, early in the investigation, evidence reveals the husband and wife had multiple incidents where police were called months prior to the killing. Although no arrests were made, firearms were confiscated by police. Records also reveal that Debra previously filed an injunction and was denied. Debra Black Crow and Rodney Patrick McNeal knew each less than two years to the day of the crime.

McNeal was arrested as the suspect in his wife’s killing and later tried and convicted in San Bernardino County by a jury of his peers. McNeal has since maintained his innocence and has pursued every post-conviction effort including appeals and habeas corpus. Each attempt to revisit his case was denied in the State of California.

A non-profit organization that focuses on criminal justice reform and advocating for the wrongfully convicted called the California Innocence Project took an interest in McNeal’s case in 2004 and began filing post-conviction motions on his behalf. When each attempt to appeal his conviction was denied, the organization continued to file for his release through administrative avenues such as pardons, clemencies, and commutation.

So, the California Innocence Project filed a petition for commutation and on March 27, 2020, California Governor Gavin Newsom commuted the sentence of McNeil from 30-years-to-life to 22-years-to-life. That meant he was eligible for parole.

McNeal's commutation was received as heartbreak by Debra’s remaining children as well as both the current and past San Bernardino County District Attorneys. As they all feared, McNeal was granted a parole hearing on September 3, 2020.

Debra’s family heard about developments of McNeal’s case secondhand and were never informed by the Governor’s office that the case was being considered for commutation, according to Shantel Haynes, one of Debra’s daughters.

“It was only two hours before the news story was published that day did my sister [Deanna Black Crowhttps://abc7.com/rodney-mcneal-parole-debra-murder-governor-gavin-newsom/7268959/">reported that San Bernardino County District Attorney Jason Anderson called the parole board's decision “appalling”.

“There is no doubt in my mind that he committed the murders,” said former San Bernardino County Disctrict Attorney Ramos to Native News Online. “From the beginning of the investigation, Mr. McNeal began manipulating the system.”

McNeal had a bachelor’s degree in Criminal Law and had been a probation officer for several years prior to the killing of his wife. According to former San Bernardino County District Attorney Michael Ramos, “McNeal knew the criminal justice system inside and out.”

The repeated claims of innocence combined with multiple efforts to reverse his conviction, has left Debra’s family feeling helpless for years. That is when Shantel contacted the National Missing and Murdered Indigenous Women (MMIW) organization based out of Washington. MMIW directed her to a contact at the South Dakota Tribal Relations Committee.

The parole board didn’t read the letters because they were addressed to the Governor.

When the family learned that the parole board didn’t receive the letters is when Shantel reached out to South Dakota Tribal Relations to plead her case. Immediately, her case gained the attention of Representative Peri Pourier, a Democrat from District 27 representing Oglala Lakota County, also an enrolled member of the Oglala Sioux Tribe. Pourier shared the case details with other members of the committee, and State Representative Tamara St. John, a Republican from District 1, took interest upon hearing details.

Over the last several years, there have been several pieces of legislation throughout the United States that has been signed into law to address the growing crisis of missing and murdered Indigenous women and people. Minnesota, North Dakota, South Dakota, and Washington have passed bills in their states to allocate more resources to combat violence against Indigenous women.

Recently, on a national level, Savannah’s Act was passed on October 10, 2020. Savannah’s act directs the Department of Justice (DOJ) to review, revise, and develop law enforcement and justice protocols to address missing or murdered Native Americans, according to the US Congress.

Federal polices of displacement, forced attendance at boarding schools, relocation, have placed millions of Native people often left on their own. According to the US Census, the majority of American Indian people live in urban cities, not on an Indian reservation.

“Governor Newsom’s granting of McNeal’s parole combined with the granting of his parole, completely undermines the efforts many of our people have been working to address missing and murdered Indigenous women,” said South Dakota State Representative Tamara St. John to Native News Online. “They’re still our relatives and they deserve to be fought for.”

“Where is her justice? Where are the people who are outraged about this situation?” said State Representative Peri Pourier. “Debra Black Crow was murdered in the most brutal way possible.”

Both the California Innocence Project and the Governor’s Office of California were contacted and both commented that because of pending litigation they are unable to comment.

The case provokes Shantel, and others, to ask for reform in the criminal justice system such as creating a murder registry similar to a sex offender registry.

“Why does the community know where sex offenders are, but not people who have been convicted of killing someone?” asked Shantel.

“I feel sorry for the community where he’s going to live,” said Ramos.

Because of unforeseen circumstances, McNeal wasn’t released from prison. According to Eliza Hersh, Deputy Legal Affairs Secretary for the Office of Governor Gavin Newsom, the Governor’s Office may not review McNeal’s case for parole until January 2021.

According to Shantel, that is a window of opportunity to get more people to advocate for her mother and unborn sister.

During the call, Eliza Hersh shed tears listening to the various advocates for Debra Black Crow, a rare, yet very hopeful sign according to Connie Lasky, who works on behalf of victims in hearings often.

“She [Eliza] is rarely moved to tears,” Connie Lasky said in an email to Native News Online.