The Democratic National Committee’s Resolutions Committee unanimously approved a resolution this week asking President Biden to consider clemency for Leonard Peltier. The American Indian Movement (AIM) activist has been in prison for 46 years after being convicted for aiding and abetting the 1975 murders of two FBI agents in South Dakota. 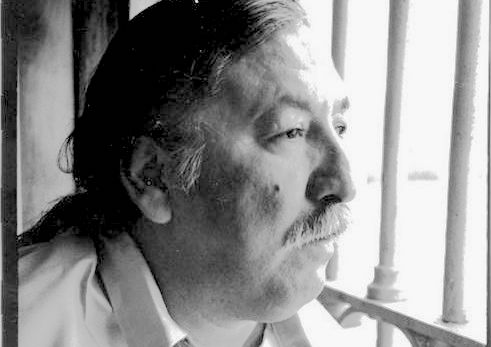 The DNC resolution states that Peltier, who turns 78 tomorrow, is an ideal candidate for leniency and “that the President should use clemency powers to secure the release of those serving unduly long sentences,” and “that given the overwhelming support for clemency, the constitutional due process issues underlying Mr. Peltier’s prosecution, his status as an elderly inmate, and that he is an American Indian, who suffer from greater rates of health disparities and severe underlying health conditions.”

Peltier is often described as America’s longest-serving political prisoner. Advocates for his release have said his trial was problematic, including claims that the prosecutors hid evidence at trial. After the trial, A juror admitted she was biased against American Indian people. Peltier’s co-defendants, Dino Butler and Bob Robideaux, who were also charged with aiding and abetting, were acquitted on grounds of self-defense.

The committee’s resolution now awaits a full vote by DNC members. If it’s approved, it then heads to the White House for Biden’s review.

North Dakota State Representative Ruth Anna Buffalo (D-N.D.), a citizen of the Mandan, Hidatsa, and Arikara Nations and member of the DNC Executive Committee, was one of the people behind the resolution. She told the Huffington Post on Friday that she feels nothing but gratitude to see it advance with unanimous support and “for standing with justice.”

“The Native American Caucus is thankful the DNC Resolutions Committee passed unanimously the Resolution to Consider an Award of Executive Clemency for Leonard Peltier. We thank the Democratic Party for standing with justice,” Rep. Buffalo told Native News Online.

“My 19 year old daughter continues to encourage me to push harder and to work harder for our elder, Leonard Peltier’s release, who is a survivor of Federal Indian Boarding School. Our next generation is watching and sees this injustice,” she said. “While we stay in prayer for our elders' release we must continue to stand strong in advocating for his release. We cannot give up on releasing Peltier, a political prisoner. Thank you (DNC) for this support and we look forward to working with you all to continue to ensure his release.”

The White House has not made a comment on whether Biden is aware of the DNC resolution or whether he is considering granting clemency for Leonard Peltier.

Earlier this year, the DNC's Native American Caucus, including Rep. Buffalo, sent a letter to Biden saying, “The continued imprisonment of Leonard Peltier, a citizen of the Turtle Mountain Band of Chippewa, is one of the great miscarriages of justice in modern history.”

The National Caucus of Native American State Legislators, the National Congress of American Indians, House Democrats, and four U.S. senators—Sens. Mazie Hirono (D-Hawaii), Patrick Leahy (D-Vt.), Bernie Sanders (I-Vt.) and Brian Schatz (D-Hawaii)— have separately called on the president to release Peltier in recent months. They join human rights leaders and organizations throughout the world that have called for the release of Peltier.

“Leonard’s support has always been deep,” said Attorney Kevin Sharp, who leads Peltier’s defense efforts. “As more and more learn about his case and the travesty of the investigation and prosecution surrounding the shootout at Pine Ridge, his support gets wider.”

“The ‘Walk to Justice’ and the DNC vote are a testament to that support,” Sharp said. “It's time to free Leonard Peltier.”

Currently, a group of activists are walking to Washington, D.C. demanding the release of Peltier. Along the route, rallies and demonstrations are held at federal courthouses to raise awareness of the walk and Leonard Peltier. The “Leonard Peltier’s Walk to Justice” started on the morning of Sept. 1 and is anticipating arriving in Washington, D.C. on November 14 with a week of demonstrations, meetings, and events.