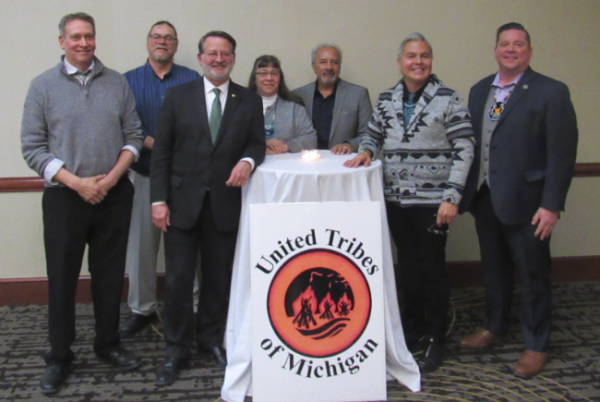 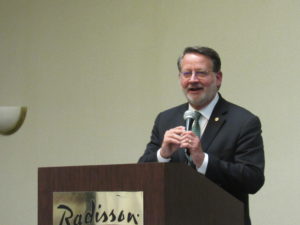 Wednesday’s meeting was Sen. Peters’ second visit to the organization that brings together leaders of the 12 federally recognized Michigan tribes periodically throughout the year.

Peters, who is in his first term and faces reelection in November, told the friendly crowd of tribal leaders that he has visited almost all Michigan tribes and said he welcomes invitations to visit tribes.

Peters emphasized his ongoing commitment to Indian Country, including his support for the Indian Child Welfare Act, tribal provisions in the 2018 Farm Bill and protecting the Great Lakes from invasive species. 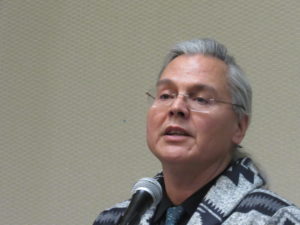 During a Q&A session, United Tribes of Michigan President Aaron Payment, who is chairperson of Sault Ste. Marie Tribe of Chippewa Indians, thanked Peters for his support and leadership for the Great Lakes Restoration Initiative and pushing for bipartisan support for funding.

“You can count us to keep doing this. The President seems to always want to zero it out or reduce it by 90 percent, with the exception of this year which is an election year where he put funds back in for it, we always seem to find a way—working across the aisle—to put funds back in as a Michigan delegation,” Peters said.

Nottawaseppi Huron Band of the Potawatomi Chairperson Jaime Stuck discussed tribes’ efforts to grow tribal economies through non-gaming economic development. He encouraged Peters to review Senate Bill 212 that passed the Senate last year, but is lingering in the House of Representatives. The bill would “amend the Native American Business Development, Trade Promotion, and Tourism Act of 2000, the Buy Indian Act, and the Native American Programs Act of 1974 to provide industry and economic development opportunities to Indian communities.” 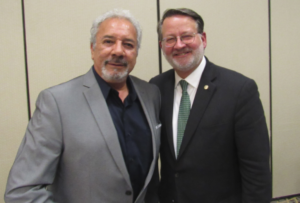 Little River Band of Ottawa Indians Ogema Larry Romanelli emphasized the need to move American Indians from the “other” category in data reporting.

Chief Tim J. Davis of the Saginaw Chippewa Tribe asked Peters to work to increase funds for law enforcement for tribes and counties in Michigan.

Peters said he is very supportive of law enforcement and encouraged tribes to take advantage of grants that are available. The senator said his staff is willing to assist with grant submissions with letters of support and can make referrals for technical assistance in the federal grant process. 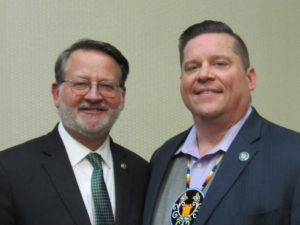 Payment mentioned he is a strong proponent of tribes having funds directly allocated to tribes through formula funding versus competitive grant process. He also said tribes should be allocated funds directly rather than going through states.

“Competitive grants do not fulfill the treaty and trust responsibilities to tribes. Funds should be given directly to tribes because we have already paid for our share because we have given over 500,000 acres in Michigan and over 14 million through the core tribes,” Payment said.