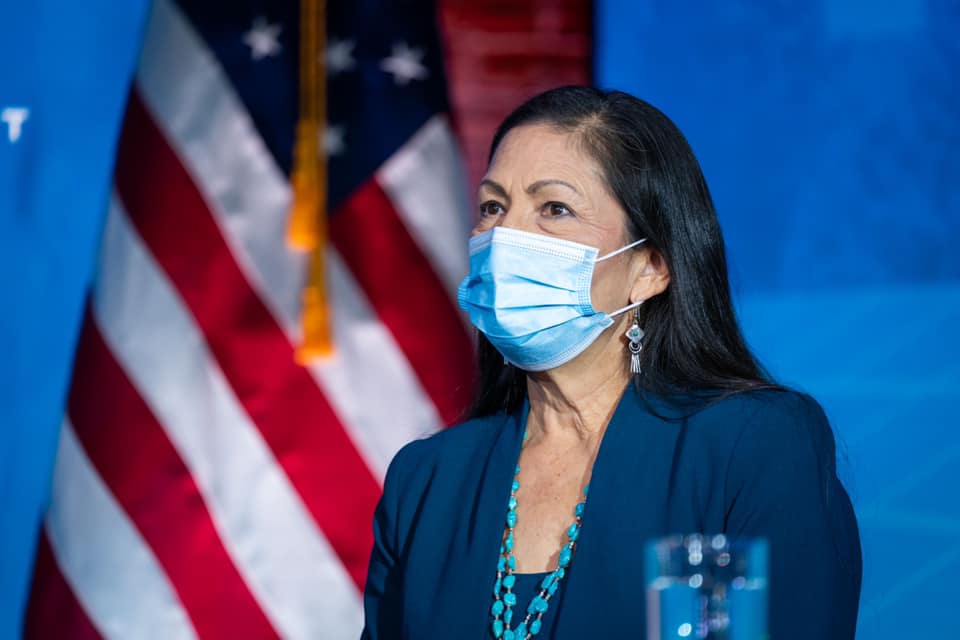 WASHINGTON — In her third week on the job as head of the Dept. of the Interior, Secretary Deb Haaland announced on Thursday the creation of a new unit to investigate and solve cases of missing and murdered Indigenous women.

The new unit, Missing & Murdered Unit (MMU), was created within the Bureau of Indian Affairs Office of Justice Services (BIA-OJS). The MMU will help put the full weight of the federal government into investigating these cases and marshal law enforcement resources across federal agencies and throughout Indian Country.

“Violence against Indigenous peoples is a crisis that has been underfunded for decades. Far too often, murders and missing persons cases in Indian Country go unsolved and unaddressed, leaving families and communities devastated,” said Interior Secretary Deb Haaland in a statement. “The new MMU unit will provide the resources and leadership to prioritize these cases and coordinate resources to hold people accountable, keep our communities safe, and provide closure for families.”

Haaland, a tribal citizen of the Laguna Pueblo, is the first Native American to lead a cabinet agency.

The creation of the MMU brings to life the statement she made in her farewell to Congress on the floor of the House of Representatives, just before being sworn in as Interior secretary: “It’s the fact that I know what it is like to be Indigenous that makes me qualified to advocate for our country to meet its trust responsibility.”

During her speech, she mentioned working on the missing and murdered Indigenous women issue in a bipartisan fashion while in Congress.

“As Vice Chair of the Natural Resources Committee, Rep. Haaland played a leading role in two hearings of the Subcommittee for Indigenous Peoples of the United States in the last Congress on how best to address the long overlooked crisis of Missing and Murdered Indigenous Women,” Grijalva said in a statement. “I applaud Secretary Haaland’s leadership in advancing this critical effort to protect Missing and Murdered American Indians and Alaska Natives using the full power of the Interior Department and appropriate inter-agency partnerships. A strategic federal response to this ongoing crisis is much needed and will give investigators the support they need to resolve unfinished cases and help end the cycle of violence against women in Indian Country.”

To date, some 1,500 American Indian and Alaska Native missing people have been entered into the National Crime Information Center (NCIC) throughout the country, and approximately 2,700 cases of murder and nonnegligent homicide offenses have been reported to the Federal Government’s Uniform Crime Reporting (UCR) Program.

Thursday’s announcement builds on the work started by a task force on Missing and Murdered American Indians and Alaska Natives — Operation Lady Justice — that was formed in 2019 to pursue these unresolved cases.

The Interior Dept. is designating new positions with existing federal funding to support the investigative needs of the MMU, including the collection and analysis of performance data and coordination of services with the families of victims.

The MMU, in addition to reviewing unsolved cases, will immediately begin working with Tribal, BIA and FBI Investigators on active Missing and Murdered investigations. The MMU will also enable the Department to expand its collaborative efforts with other agencies, such as working to enhance the DOJ’s National Missing and Unidentified Persons System (NamUs), and developing strategic partnerships with additional stakeholders such as the FBI’s Behavioral Analysis Units (BAU’s), the FBI Forensic Laboratory, the US Marshals Missing Child Unit (MCU) and the National Center for Missing and Exploited Children (NCMEC).

“Whether it’s a missing family member or a homicide investigation, these efforts will be all hands-on deck,” Haaland said. “We are fully committed to assisting Tribal communities with these investigations, and the MMU will leverage every resource available to be a force-multiplier in preventing these cases from becoming cold case investigations.”