“Following the extraordinary success of season one, ‘This Land’ returns with another deep dive into an underreported legal battle with the potential to do outsized harm to American Indian tribes and Native people across the county,” according to a statement from Crooked Media, the media company that distributes  the podcast. 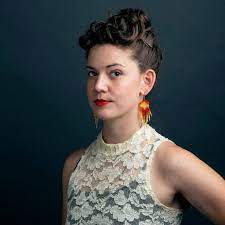 In this season’s eight episodes, Nagle will take listeners through the 40-year history of the Indian Child Welfare Act (ICWA). During the episodes, Nagle shares her more than a year-long investigation into a current federal lawsuit, Brackeen v. Haaland, spurred by an adoption dispute in Dallas. The investigation included hundreds of interviews with caseworkers, lawyers, families, more than 60 FOIA requests, and review of more than 10,000 court documents. What Nagle and her investigative team discovered is a well-funded, systemic, far-right operation that is using Native children to attack ICWA, threaten American Indian tribes and advance a conservative agenda.

Listen to the audio trailer here.

“When I started this investigation, I had no idea it would lead to a powerful group of corporate lawyers and one of the biggest law firms in the country,” Nagle said. “From years of family separation policies to nefarious big oil operations, there’s so much to unpack here beyond fraught adoption disputes.

“I hope that ‘This Land’ will bring additional attention to the case, because even though we’ve made some discoveries no one has previously been able to figure out, I believe we’ve barely just scratched the surface.”

The first two episodes of the series will debut Monday, August 23, with new episodes dropping across all podcast platforms on Mondays through the beginning of October. Listeners can follow along to find out what’s at stake, the seedy special interests behind the case, and the larger right-wing attack on tribal sovereignty that threatens the entire legal structure defending Native American rights.

The new season will explore Native American rights and tribal sovereignty through Nagle’s lens as a Native woman with a unique understanding of how the American court system has systematically failed to protect tribes and their members.  And just like season one, which aired just before the case it focused on was decided by the Supreme Court, this season is particularly timely because Brackeen v. Haaland is expected to be heard by SCOTUS during the court’s next session.

“Rebecca is an exceptional reporter with an incredible gift for storytelling,” said Sarah Geismer, head of development and production at Crooked Media. “‘This Land’ sheds light on an important issue that we should all know more about, but it’s Rebecca’s singular voice and her empathetic approach to her reporting that bring it to life. We know our listeners are going to be just as riveted by season two as much as they were by season one.”

For more information about “This Land" visit Crooked.com.