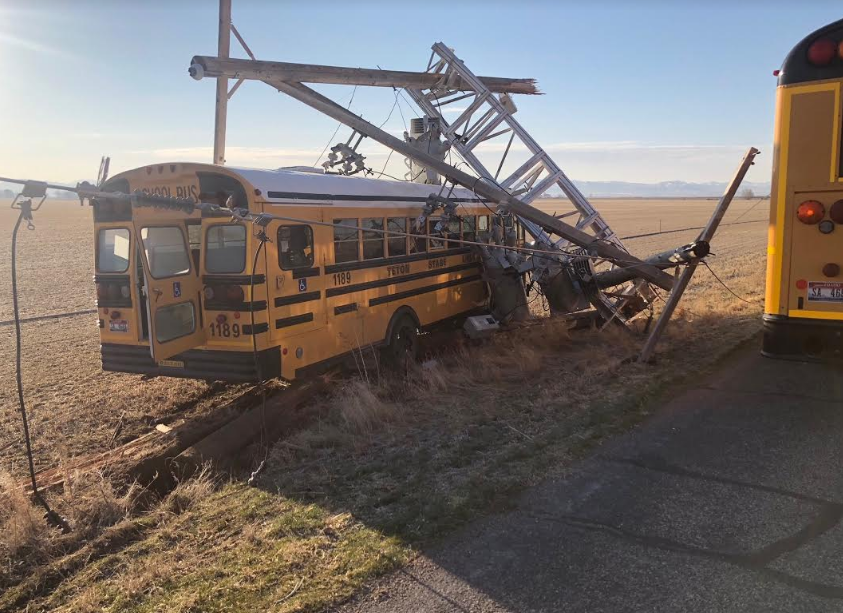 Fort Hall, Idaho — A school bus carrying 10 students and a bus driver was involved in an accident on Wednesday morning on the Fort Hall Indian Reservation, home of the Shoshone-Bannock Tribes, in Fort Hall, Idaho. There were no reported injuries sustained during the accident.

The accident occurred shortly after 7:30 a.m. – local time. At 7:32 a.m., Fort Hall Dispatch received a call of a school bus hitting a power pole on Besto Road in the Gibson District of the Fort Hall Reservation. The impact caused power outage in the Gibson district area affecting 300 plus homes.

The bus driver and 10 students were from Chief Tahgee Elementary Academy. According to Fort Hall Police, the bus driver swerved to miss dogs on the road and hit the power pole.

“The bus driver and students were all checked and were sent back to school to be picked up by their family. We are thankful they are all safe,” Fort Hall Fire Chief Eric King said.

Idaho Power has been on the scene this morning to restore power. It was expected to be restored by 4 p.m. on Wednesday, March 17, 2021.

Members of the Fort Hall community are encouraged to check Idaho Power’s website or 208-388-2323 for power updates.