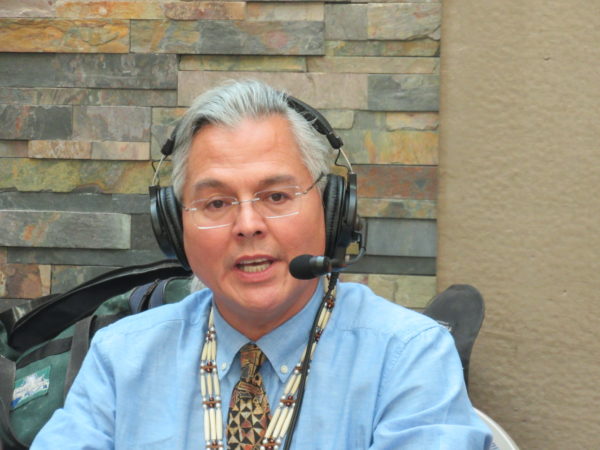 In addition to being chairperson of his Tribe, Payment was reelected first vice president of the National Congress of American Indians, the oldest, largest and most representative American Indian and Alaska Native tribal government organization in the country,

“The role of chairperson in representing my Tribe at all levels is important. I have worked hard to build our standing as a tribal nation at the highest levels for the benefits of our Tribe and for all Indian people,” stated Payment in a press release.

In seeking another term, Payment says he wants to run on a platform that includes increasing services for Sault Ste. Marie tribal citizens and mitigating weighty issues such as being the lead negotiator for his Tribe’s 2020 Great Lakes Fishing Treaty  Consent Decree.

“I absolutely love representing, advocating and fighting for my people and hope Sault Tribe voters will give me the opportunity to finish the work we started,” Payment said.

Payment has been involved with his Tribal government since 1996 when he was first elected to the tribal council. He then served two terms as vice chairperson. He served for one term as chairperson beginning in 2004. In 2012, he was elected again as chairperson in 2012 and reelected in 2016.