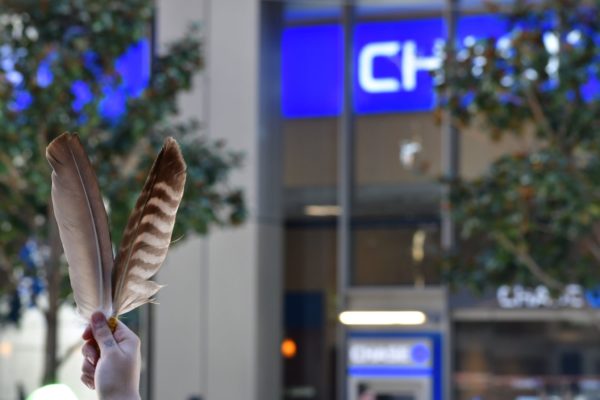 At issue for the protesters is the bank’s financial support for the Coastal GasLink project, which is a $6 billion project of TC Energy, formerly known as TransCanada Pipelines.

The protest assembled at JPMorgan Chase’s headquarters, where four Indigenous protesters locked themselves down and remained there until Thursday morning. The lockdown protest was organized by Abolish ICE SF in solidarity with other groups. 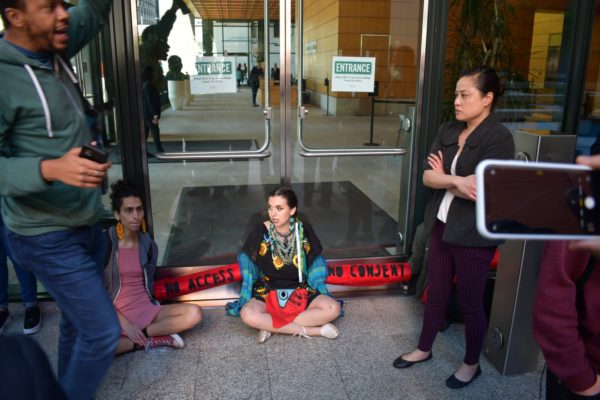 The Coastal GasLink pipeline route goes through several First Nations communities and the leaders are not happy. Last month, all five hereditary chiefs of the Wet’suwet’en Nation, a First Nation in Canada, evicted Coastal GasLink from their homeland. Tensions escalated as Wet’suwet’en citizens protested and resisted. Several arrests have been made by the Royal Canadian Mounted Police (RCMP).

Indigenous and environmental groups in San Francisco say the pipeline project is directly connected to the San Francisco Bay area because it will pave the way for other projects, such as the TransMountain pipeline, a tar sands pipeline slated to go through Secwepemc territory. These pipelines are slated to increase the amount of oil flowing into the Bay area’s refineries and negatively impact the environment.

After the lockdown ended on Thursday, Abolish ICE SF posted the following message on its Facebook page:

“The Indigenous blockaders have decided that we want to leave on a strong note and save our energy to keep putting pressure and sustaining ourselves in the Wet’suwet’en work. After 17 hours of presence here, we are in being in high spirits and emboldened to continue this work in coming weeks, months, however long until Coastal GasLink is ended…In solidarity,” 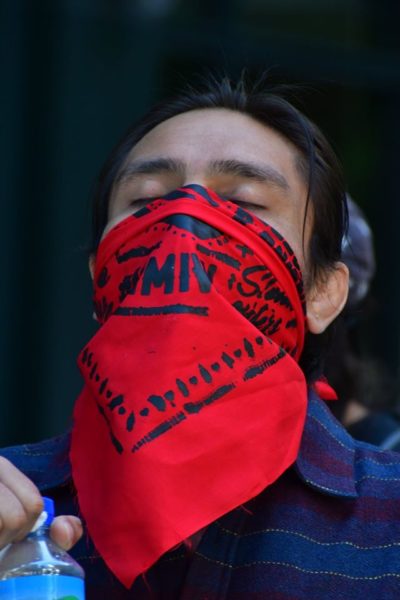 Among the protesters were those wearing MMIW scarfs to bring attention to the epidemic crisis across Indian Country of missing and murdered Indigenous women.

Though faced with the threat of arrest, there were no arrests at the lockdown.

Photos courtesy of Norm Sands (Yaqui/Apache) who is a member of Idle No More SF chapter and co-founder of MMIW/P of California. 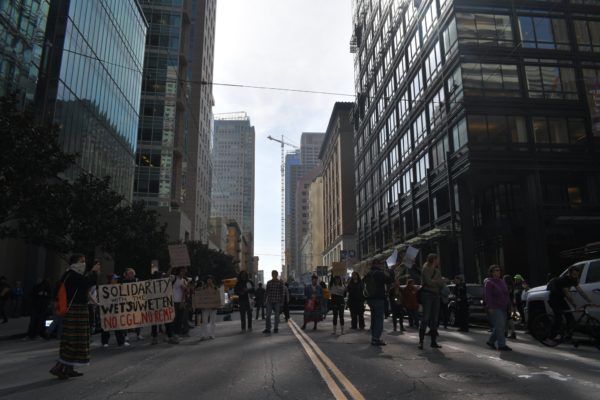 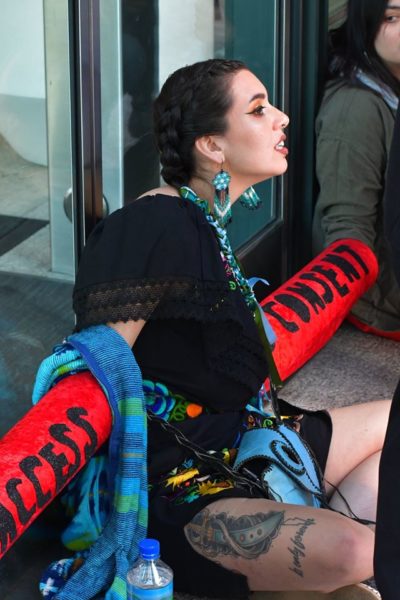 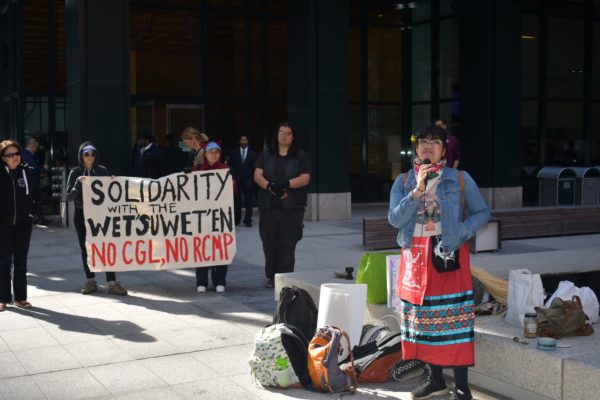 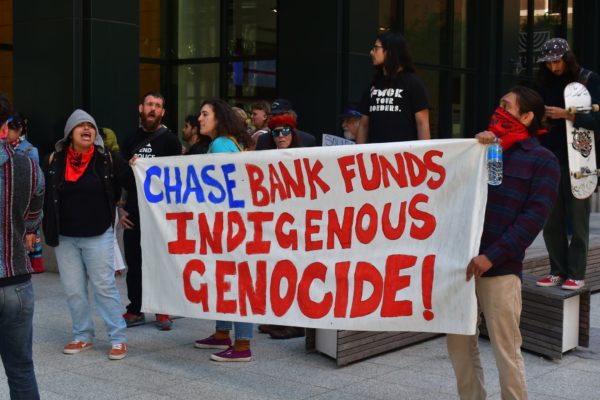 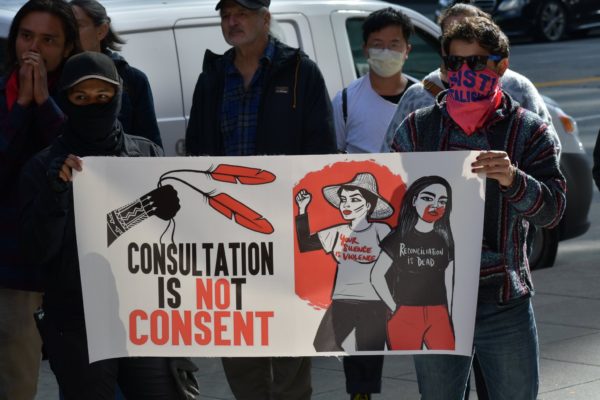 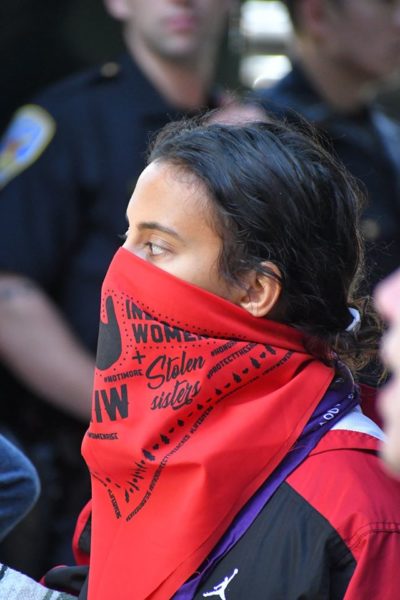