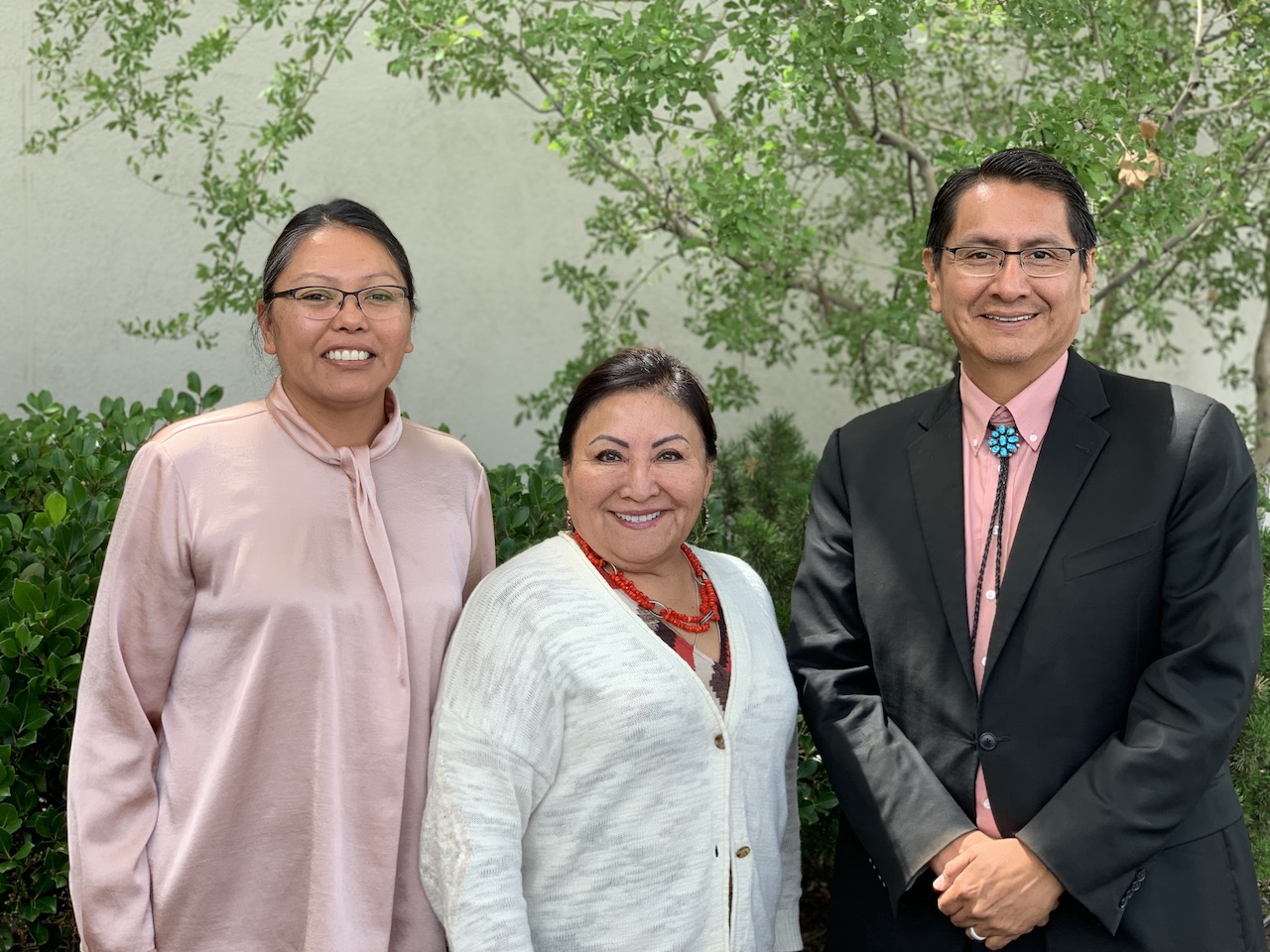 “This is a historic nomination put forth by the Biden-Harris Administration,” Navajo Nation President Jonathan Nez said in a statement.

The IHS, an agency within the U.S. Department of Health and Human Services, provides federal health care to approximately 2.6 million American Indians and Alaska Natives. In 37 states, there are over 605 IHS hospitals, clinics, and health stations located on or near tribal communities. The IHS director oversees the administration of health care programs and services within the agency, including managing the total budget of approximately $7.4 billion and the employment of more than 15,000 health professionals.

“The Indian Health Service Director plays a critical role in raising the health status of Native peoples and upholding the federal government’s trust responsibility to Native communities,” said U.S. Senator Brian Schatz (D-Hawai‘i), chairman of the Senate Committee on Indian Affairs, in a statement. “I am committed to seeking Indian Country’s input on Ms. Tso’s nomination as the Committee carefully considers her qualifications.”

As the head of the Navajo Area IHS since 2019, Tso provided leadership in the administration of a comprehensive health care system. She began her career with the IHS in 1984. She previously served in various roles in the Portland Area, both at the service unit level as the Administrative Officer for the Yakama Service Unit and at the Area level as the Planning and Statistical Officer, Equal Employment Officer and Special Assistant to the Area Director.

In 2005, Tso assumed the role of Director, Office of Tribal and Service Unit Operations for the Portland Area. In this leadership position, she was responsible for the implementation of the Indian Self-Determination and Education Act and worked directly with tribes. Tso also worked with the three urban programs in the Portland Area that provide services ranging from community health to comprehensive primary health care services.

“Over many years, Director Tso has demonstrated her commitment to public health and the well-being of all people at the federal and tribal levels, which have prepared her for this new opportunity,” said President Nez in a statement. “On behalf of the Navajo people, we congratulate Director Tso, her family, and colleagues. Throughout the COVID-19 pandemic, her leadership, expertise, and compassion have helped to reduce the spread of this modern-day monster and to save lives. We thank President Biden and Vice President Harris for their continued support for tribal nations and for putting forth this nomination. Director Tso is exceptionally qualified to lead IHS and we are confident that she will serve all tribal nations with great dedication and commitment.”

“We have many health concerns throughout Indian Country, and we are confident that with the appointment of Roselyn Tso, [w]ith her nomination, we have taken a big step forward to creating more solutions and partnerships that will benefit tribal communities for many generations,” said Navajo Nation Vice President Myron Lizer in a statement. “For over 35 years, Tso has personally dealt with the health care despairs and challenges, and as a tribal member, she will bring value, knowledge, and a greater vision. We congratulate Tso and her family,”

Navajo Department of Health Executive Director, Dr. Jill Jim, also congratulated Tso on her nomination and offered her support. “We commend the Biden-Harris Administration’s nomination of Roselyn Tso to serve as the new head of the Indian Health Service. Her vast experience will be very beneficial for each of the IHS areas across the country. I look forward to continuing to work together with IHS under her leadership,” she said in a statement.

“We look forward to engaging with the candidate during the process and working with the Administration to ensure IHS is fully prepared to meet the needs of Indian Country,” said The National Congress of American Indians in a statement.

Her nomination is subject to confirmation by the United States Senate.