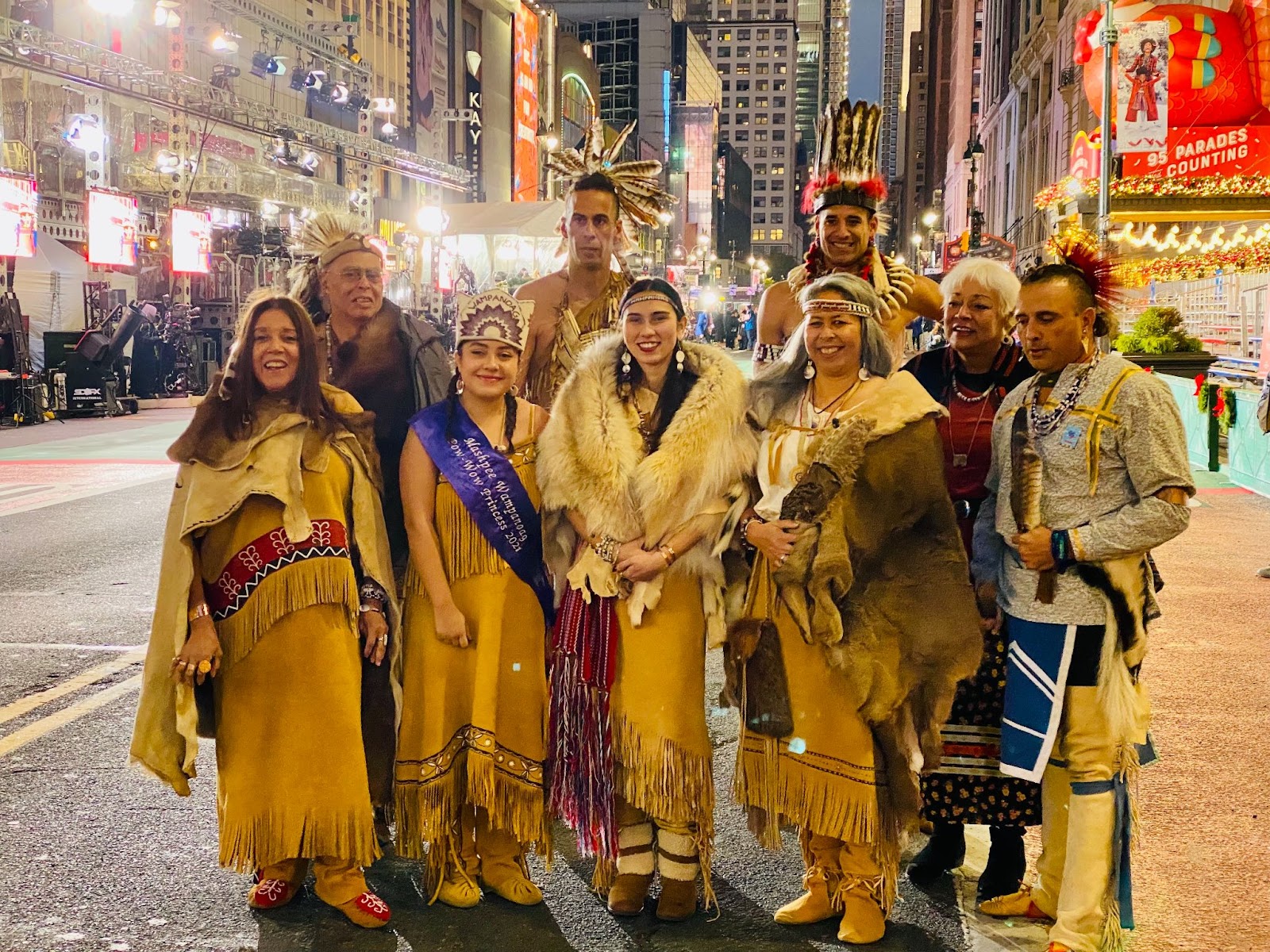 Millions of viewers who tuned in today to watch the 2021 Macy's Thanksgiving Day Parade were treated with a blessing by Mashpee Wampanoag tribal elders Carolyn Wynne (Otter Clan) and Siobhan Brown, who acknowledged the Lenape territory of Manahatta.

The blessing, which was written and shared with us by members of the Wampanoag Language Reclamation Project, (WLRP.org) will air exclusively in the Wampanoag language, but translates in English to the following: “Creator and Ancestors, we honor you for all things. We honor the Lenape people of Manahatta and all our relations. Now we are here; and will always be here. And so it is.”

Portions of the performance were spoken in Wôpanâôt8âôk, the language of the Wampanoag People.

Positioned behind the two elders for television cameras were Wampanoag Nation singers and dancers who gifted viewer with a performance of a song known to the tribe as the Calumet, which connects the four directions and honors all relations.

The musical arrangement was by Ty Defoe (Oneida/Ojibwe).

Today’s appearance was the second year of collaboration between Indigenous Direction and the creative team behind the Macy’s Thanksgiving Parade.