Rep. Grijalva Comes to Defense of Tohono O’odham Nation in Its Opposition of Border Wall Through its Reservation 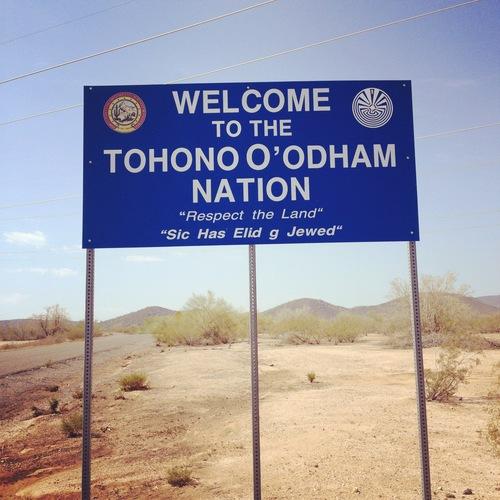 SELL, Ariz. — Just after Donald Trump won the 2016 presidential election, the Tohono O’odham Nation, with tribal lands in Arizona that run 62-miles along the southern border of the United States and the northern border of Mexico, voiced its opposition to the border wall being constructed on its tribal lands.

Even with the sovereign Tohono O’odham Nation opposition, the U.S. Department of Homeland Security (DHS) is proceeding with plans to construct the wall through its reservation. The tribe is concerned because much of the land is considered sacred to the tribal citizens because of ancestral burial sites located within its reservation.

Coming to the defense of the Tohono O’odham Nation is Representative Raúl M. Grijalva (D-Ariz.), chairman of the Natural Resources Committee. Grijalva sent a letter to Acting Secretary of Homeland Security Chad Wolf this week expressing concern that the agency’s failure to consult with the Tohono O’odham Nation on the construction of the wall is disrespectful and threatens tribal lands and sacred sites.

By sidestepping legally required tribal consultation to build the border wall, the construction drastically impacts Tohono O’odham territory and is an example of the Trump administration’s failing its federal trust responsibility, critics say.

The Department of Homeland Security (DHS) has come under criticism for using its sweeping authority to waive environmental and tribal consultation laws as part of its border security program. Under the Trump Administration, the DHS has used this waiver authority 16 times over the course of the last two-and-a-half years, more than three times the amount it has been used in all other administrations combined.

“Imagine how we’d react if a hostile government dug up Revolutionary War soldiers’ remains without consequence or stole our groundwater while they thought we weren’t looking,” Grijalva said.

“The Trump administration is treating the Tohono O’odham Nation like a speed bump instead of a sovereign nation, just as it does with Native American communities across the country, in order to bulldoze opposition and get what it wants – a wall to create division. Their strategy is to ignore legally mandated tribal consultation and destroy sacred sites if they’re in the way, and that strategy has to be challenged.”

Will link to NNO story: