Rep. Deb Haaland Calls on Indian Country to Vote for Biden at DNC: “Voting is Sacred” 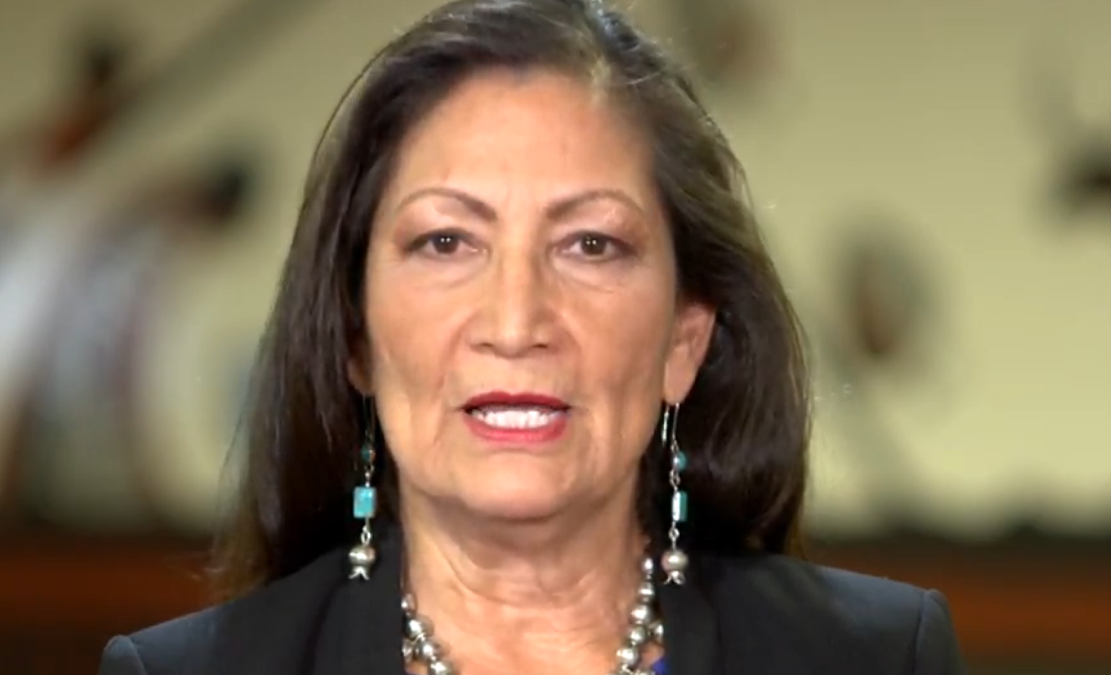 As a tribal citizen of the Laguna Pueblo, Haaland represented Indian Country in front of millions of viewers moments before a tribute to civil rights leader Rep. John Lewis, who died last month.

Recorded at the Indian Pueblo Cultural Center in Albuquerque, in the congressional district she represents, Haaland began her remark by acknowledging the land this country was built on. “I’m grateful to be here with you. Here on Indigenous land. The promise of this country is older than our constitution,” she said.

“I stand here today a proud 35th generation New Mexican and one of the first Native American women ever elected to Congress. I am a symbol of our resilience — as the embodiment of America’s progress as a nation.”

Haaland continued: “My people survived centuries of slavery, genocide and brutal assimilation policies. But throughout our past, tribal nations have fought for and helped build this country.”

She spoke about her Laguna Pueblo grandparents who helped build the railroad in New Mexico and her mother, a Navy veteran, who served this country with honor.

Haaland touched on the importance of voting in this year’s election, reminding people to register to vote.

“Voting is sacred. My people know that. We were not universally granted the right to vote until 1962,” Haaland said.

Elected in November 2018, Haaland and Rep. Sharice Davids (D-Kan.) became the first two American Indian women ever elected to Congress. They serve in the 116th Congress.

While tending to the needs of their respective constituencies, both Native women have worked hard to bring attention to American Indians and Alaska Native issues and concerns as members of Congress.