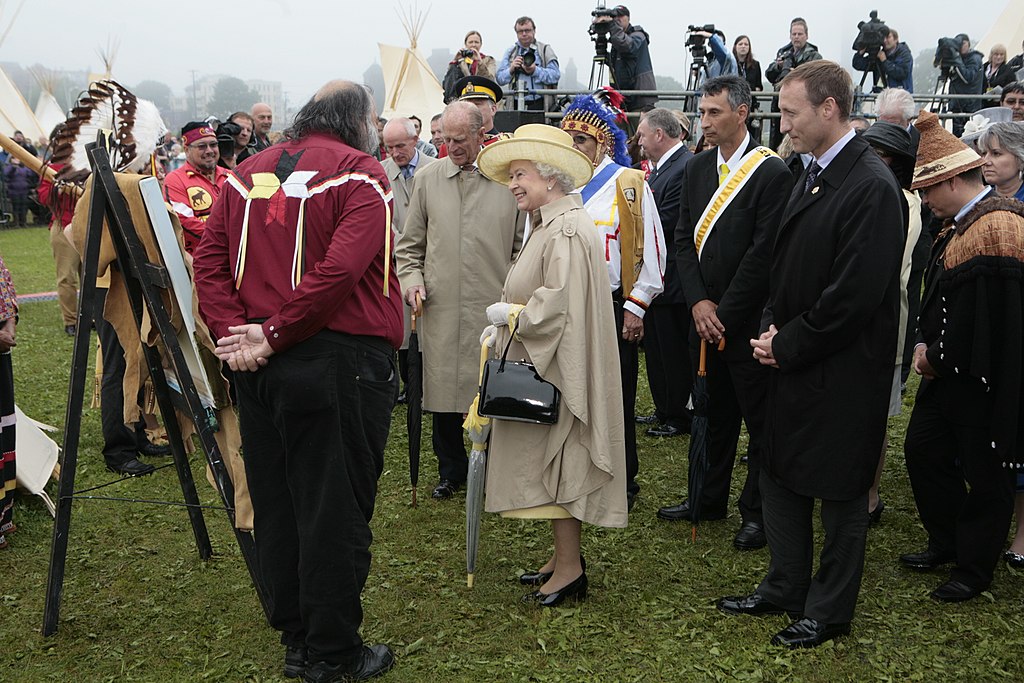 Queen Elizabeth II, the monarch who served the United Kingdom for more than seven decades, passed away on Thursday at Balmoral Castle in Scotland, her summer residence. Her death came two days after she swore in Prime Minister Liz Truss in what was her last official appearance. She was 96.

Throughout her long reign, she maintained a relationship with the Indigenous people of Canada, a British commonwealth.

Her final statement before her death was addressed to the James Smith Cree Nation. The statement, released on Wednesday, expressed her condolences to First Nation citizens impacted by the horrific stabbings that occurred in the early morning hours on Sunday on the James Smith Cree Nation and in Weldon, Saskatchewan. The violent stabbing spree left 10 dead and another 19 injured. One of the suspects died on Wednesday while in law enforcement custody.

“I would like to extend my condolences to those who have lost loved ones in the attacks that occurred this past weekend in Saskatchewan,” the Queen said in her final statement on Wednesday. “My thoughts and prayers are with those recovering from injuries, and grieving such horrific losses. I mourn with all Canadians at this tragic time.”

The First Nation acknowledged the Queen’s message during a press conference held on Thursday that began around the time death was announced at Buckingham Palace in London.

After the press conference, Okimaw (Chief) Wally Burns of James Smith Cree Nation released a statement about her passing.

“Today, we found out the monarch that served Canada has passed. She wrote a letter to James Smith Cree Nation on behalf of the monarch expressing the condolences to the families, the friends, to the community and to the rest of the world,” Burns said.

"When I was growing up, my grandmother revered The Queen, as did so many in the Arctic. She would tell us stories about Her Majesty, about her role and her commitment.

Her Majesty’s warm welcome when we spent time with her earlier this year was a profound moment in our lives and a memory we will cherish forever.

Her reign encompassed the mandates of 12 Canadian prime ministers and 13 governors general. On 22 occasions, she undertook official visits to Canada, where she professed her love for our country again and again. She was a steadfast presence during some of the most tumultuous times of our lives, and most recently gave comfort to so many during the pandemic.

On behalf of all Canadians, I offer deepest condolences to the members of the Royal Family, who grieve the loss of a loving mother, grandmother and great-grandmother."

During her visits to Canada, the Queen met with Indigenous leaders and even attended cultural events as a gesture to recognize the relationship between the Indigenous people of Canada and the government of Canada.