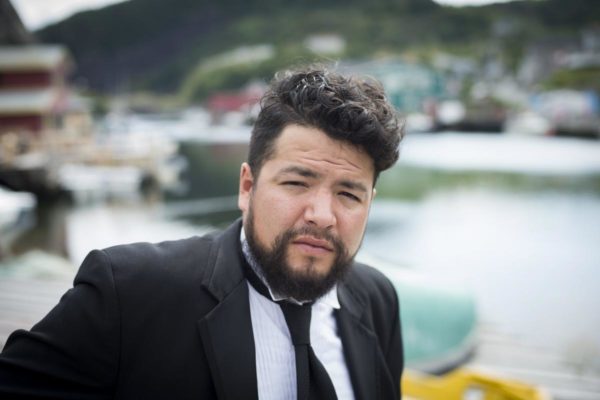 WINNIPEG — Like all stand-up comics right now, Chad Anderson is sidelined at home due to the coronavirus pandemic, which has all clubs closed, at least for the near future. While he’s unable to do what he loves, perform live to an audience, his work is at least being showcased on Treaty 1 and Only, a dynamic new stand-up album featuring five hilarious Indigenous comedians. 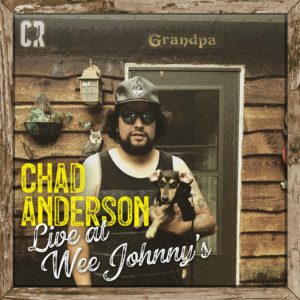 Anderson, 32, a Winnipeg comedy scene vet, is also still promoting his 2019 debut album, Live From Wee Johnny’s, which is available to stream here.  Native News Online chatted with Anderson, here’s what he had to say.

Being an Indigenous comic—how does that work its way into your comedy sets? Chad Anderson: I would say that at least 50-percent of what I talk about on stage draws on my own personal experience as an Indigenous person in some way. It’s something you have to talk about on stage, at least once, because the audience wants to know. They see you and their brains immediately go, “Hey, that person is a different shade than me … will he tell me why?” Before COVID-19 shut everything down, how often were you performing? I was performing at least twice a week, mostly at Wee Johnny’s Irish Pub in Winnipeg. Sometimes at a great room called The Handsome Daughter, also in Winnipeg. Occasionally, I would get some road gigs. Two weeks before lockdown happened, I started a weekly show that was starting to get some traction. Hopefully we’ll be able to get that going again once it’s safe. Over the years, you’ve opened up and told some personal tidbits about your life on stage. Is it important for comics to do that? I like to be fairly honest in my standup and tell some personal stories. By sharing personal stories, you connect with the audience better. Honestly, if something happens to me [in real life], and I think that it has the potential to be funny, I will try to find a way to make it work on stage. Like talking about shaving my pubic hair or my dad passing away. Not much is off limits for me.

You were born and raised in The Pas, Manitoba, how was that experience? Growing up in The Pas was interesting. For the most part I had a pretty normal childhood, at least I can see that now. Back then, I didn’t think it was so normal. When I was 6 or 7-years old, my parents were not able to care for my older sister and I, so our aunt and uncle adopted us. That was hard because even though now I see that my aunt and uncle were normal parents and gave us an amazing life, in my childhood I was very angry and frustrated with the whole situation. To top things off, I was a Native kid living on the town side of a community that’s split by the Saskatchewan River.

In what way was your town split? On one side is the Town of The Pas and on the other the Opaskwayak Cree Nation. My dad, my sister and myself are all members of the band, but didn’t grow up on the reserve. Going back even further, my dad was adopted when he was a baby by a white family from The Pas. They were great people and when he and my mom could no longer care for my sister and I, his sister and her husband took us in. It was interesting being a Native kid who was raised in a white home and went to the predominantly white school in a community that was divided.

The racism isn’t so bad now, but I can remember a few occasions where I had to just sit quietly while my friends said some horrible things about Native people. That being said, I was never the victim of any real pure hateful racism as a kid or teen. I honestly didn’t experience any of that until I moved to Winnipeg. So long story short, my childhood was weird. I was angry, frustrated and confused about my identity as a Native person. I was unable to see the good things right in front of me. Thank goodness for rehab and some years of sobriety. 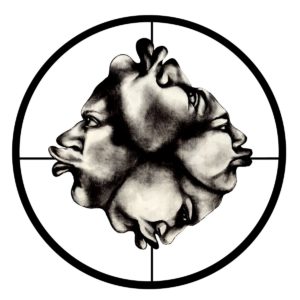 Cover art for “Treaty 1 and Only,” out now via Comedy Records

Growing up in The Pas, is that when you discovered stand-up? I’m not sure the exact moment I found comedy, somewhere in my early teen years I just started watching it. I’ve always loved to laugh and to make people laugh and to be the center of attention. I used to go home after school and watch Just for Laughs re-runs and loved watching Chris Rock and Dave Chappelle.

But the moment I knew I wanted to try stand-up was when I was 17 years old, I saw an ad on television for The Great Canadian Laugh Off, a competition for comedians. I went to their website and watched peoples’ submission videos and it was all just people in front of their cameras doing jokes without an audience. I remember thinking, “I’m way funnier than most of these people.” Unfortunately, I was underage and still lived in The Pas, so I didn’t enter. When I moved to Winnipeg in 2008, I was just sitting in my apartment one day and the thought of trying stand-up crossed my mind. I literally just Googled “how to do stand-up comedy.” You mentioned Dave Chappelle, is he still an inspiration for you? Dave Chappelle is my number one comedian. Honestly, he’s the best. I love his comedy and his honesty. I recently watched his Mark Twain Prize special on Netflix and it was very inspiring for me. He just goes for it on stage. He’s fearless.

I think sometimes I get caught up in trying to not be “offensive” and I censor myself to the point where I miss out on telling great jokes because I’m scared. But the fact is, it’s stand-up comedy. We’re here to tell jokes and make people laugh. You have to just go for it and learn what works as you go. Sometimes you’ll make a mistake and people will not like what you said. That doesn’t mean you’re a bad person, you just made a mistake. Learn from it and make that joke funnier, figure out why people didn’t like it the first time around. Also, not everyone is going to like your comedy and that’s a fact.

Looking back, what were your earliest days in comedy like? My early days in comedy were a struggle. I still struggle in comedy today, but not as much. My first time on stage was at Rumor’s Comedy Club in Winnipeg. I can still remember the feeling when the audience laughed at my first joke and what a rush that was. In an instant, I knew this was the thing I wanted to do for the rest of my life. After that first set, though, I wasn’t very funny for a long time. I was struggling with addiction issues in my first two years of comedy. But then, in 2010, I went to rehab and got clean. When I was in treatment, I made the decision to really focus on comedy and getting better. It was tough being freshly sober and then going to bars three nights a week, but I put my head down and worked through it. All of the people in the scene at the time were pretty supportive of my sobriety and they kept me honest. I’m very grateful to have come up in this scene at the time when I did.

Comparing your old comedy sets to your new sets, how have you evolved? The biggest change is, I think I’ve found my voice on stage. In the early days, I was all over the place with the kinds of jokes I was writing. Today, I know what I want to accomplish with each joke and how I want to say things a little more easily.

As far as writing jokes, what is your process? I usually just work it out on stage. When an idea strikes me, I take a brief note so I don’t lose it, but I never write jokes out on paper. I usually just think about the idea, flesh it out in my head and then go to an open mic and figure it out as I go. I used to write jokes out word-for-word how I wanted to say them on stage. Then, I’d stand in my apartment and rehearse the jokes over and over. But as time went on, it became too hard to stay in-the-moment on stage. If something went wrong, or I lost my place in a joke, the whole set was thrown off. The way I do it now leaves room for improvisation and it helps me stay in the moment.

With the COVID-19 outbreak still underway, how are you and your fellow comics dealing with everything being shut down? For now, I think I’m dealing well. I live with my girlfriend and our dog, so it’s nice to have the company while you’re not able to go out. Here in Winnipeg, some of the comedians and myself have started playing online poker and video chatting on a regular basis. There have been some online shows and some online open mics where it’s just comedians telling each other jokes — the ones we’re working on — and then giving each other pointers. Hopefully the lock down doesn’t last too long though, I know everyone is itching to get back on stage.

Luckily for me, aside from comedy, I have a full-time job — or had. I am an apprentice plumber and work has slowed down right now, but my partner is able to work from home and I had a bit of money come in right as the lock down hit. For the time being, we’re doing okay. As for comedy, I have nothing booked in the near future. Like everyone in the industry, I’m just waiting to see what happens next.