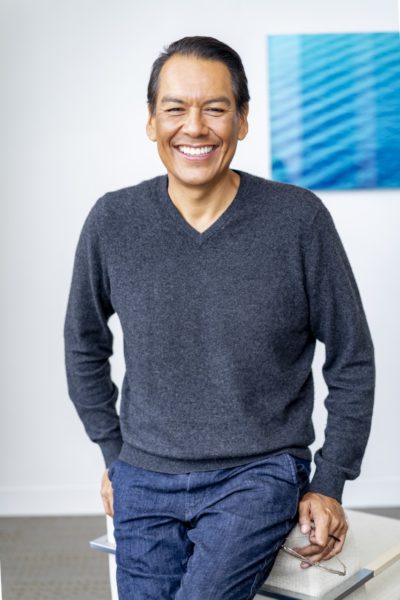 Bird Runningwater belongs to the Cheyenne and Mescalero Apache Tribes, and was raised on the Mescalero Apache Reservation in New Mexico. From there, he’s carved out a longstanding career at the Sundance Institute’s Indigenous Program. For 18 years, as the director of the program, Runningwater has guided the organization’s investment in Native American and Indigenous filmmakers through mentorship, labs, grants and fellowships. From the script up, it’s an ongoing support system for Native-made film projects. His team has introduced 140 Indigenous filmmakers to the world, curating a roster of over 350 films along the way.

Native News Online chatted with Runningwater about his career in the movie business and this year’s Sundance Film Festival—which includes five Indigenous-made films and the announcement of the annual Merata Mita Fellowship. This year’s selected films are: Charter (World Dramatic Competition), Little Chief (Narrative Shorts), Lichen (Documentary Shorts), Now Is the Time (Documentary Shorts), małni – towards the ocean, towards the shore (New Frontier).

Native News Online: While you live in Los Angeles now, you were raised on the Mescalero Apache Reservation. How did that upbringing inspire you to work in film and the arts?

Bird Runningwater: I grew up with very limited exposure to television. We were living in such an isolated part of New Mexico, we had maybe one good TV station, two if you rotated the antenna. My youth couldn’t be consumed by being glued to the television screen. As a result, I grew up in a really beautiful, mountainous reservation community that’s very traditional with a lot of ceremonies.

I was one of the rare ones of my generation where I wasn’t raised a fluent speaker of our language, but all of my peers understood and spoke our language. I was surrounded by an amazing and creative traditional space where I was able to create my own entertainment, thanks to the storytelling abilities of the people around me. Also, because I wasn't influenced by television, I wasn’t aware that misrepresentation was happening on that screen. I had the great privilege of being able to be dismissive of misrepresentation in Westerns and all of these other iconic images people were getting wrong. I ended up working from a really different place. With hundreds of films behind you, have you had time to work on any passion projects? I’ve started to think of some of my own creative endeavors and actually telling some stories, specifically for my Mescalero community. I want us to be able to see ourselves reflected on the screen. Now that we’re inundated with satellite TV, digital platforms, cell phones—it’s so different now. I’d like to be able to create content for my own community. 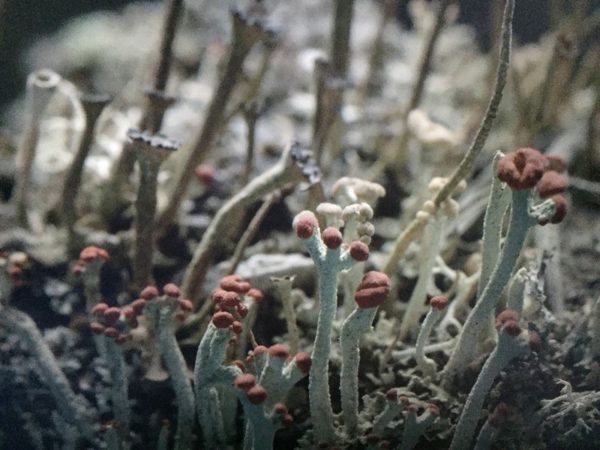 So far, has Netflix, Hulu or Amazon Prime been supportive of the Indigenous film boom? They have not. No. That’s kind of disappointing. Yes, but I will say, this past Thanksgiving, one of the films we supported through our Merata Mita Fellowship was a film called The Body Remembers When the World Broke Open. That film was acquired by Ava DuVernay’s company, ARRAY—and she has an output deal with Netflix. They released that film on Thanksgiving and the social media campaign around it ... trended higher than the Macy’s Thanksgiving Day Parade. The 2020 festival starts up this week—any Indigenous film you’re most excited about? Picking just one is like picking your favorite child. But, if we think about Amanda Kernell’s film that we’re showing (Charter), she’s Indigenous Sámi from Sweden and we’re premiering her second feature. Her first film was Sami Blood. She’s a very talented director—we also showed her short film previous to Sami Blood.

Then, stateside, there’s Sky Hopinka, whose film (małni – towards the ocean, towards the shore) we’re premiering. We’ve been showing his short films for quite a few years. He has such a distinctive style, distinctive voice and a distinctive lens through which he portrays a story. Now he’s really upped his game and created a feature-length film—with that specific style of storytelling that he creates. That film is playing at our New Frontiers section, which is reserved for films that are considered to be experimental or non-traditional. 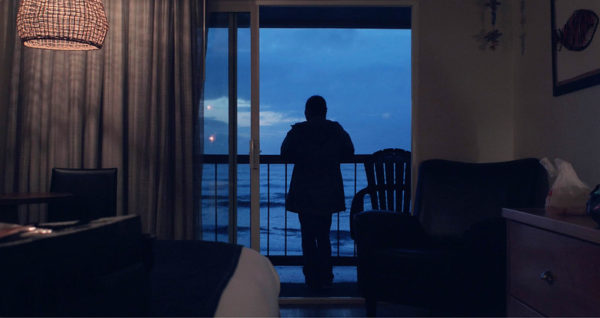 A still from malni  towards the ocean, towards the shore by Sky Hopinka,
an official selection of the New Frontier Exhibitions program at the 2020
Sundance Film Festival. Courtesy of Sundance Institute.

And then, one of the short films by Erica Tremblay, Little Chief, that’s one of the shorts that came out of our Native Lab. Two years ago, we accepted her into the lab to develop this project. She was given a grant to help her make it, refine it in the post process and to finalize the film. This is her first foray into fiction storytelling, she’s more traditionally a documentarian.

Those three are really exciting artists that we’ve been fortunate to work with before. It demonstrates the commitment that Sundance and my program have toward the growth of artists and their ongoing work and unique perspectives. Robert Redford is the founder of the Sundance Film Festival. How instrumental was he in the Native program, and is he still involved? I interact with him quite often. The reason my program exists is because we were mandated by Robert Redford and the Institute created a thread to support Native filmmakers. That stemmed from the work and personal passion he did prior to the establishment of the Institute. Robert was nurturing filmmakers and mentoring filmmakers well before the establishment of the Sundance Institute. To premiere Smoke Signals at Sundance back in the late ’90s, was huge, right? For him to reach that point, finally, in 1998, where a film is theatrically released into American theatres, that was written, produced and directed by Native American filmmakers was a culmination of decades of investment. Today, we have a small, but mighty team. We’re constantly engaged with the filmmakers we select to work with. Once we get involved with a project, ideally, we would like to see the project through from development into production and then connecting with audiences.

We stay in touch over the long course of a filmmaker’s career, with the hopes of hopefully they won’t need us. It’s difficult to obtain, but hopefully they can transition into a sustainable career. Somebody who’s moved into that realm is Taika Waititi, who’s one of our alumni. I showed his first short film at Sundance back in 2004. I helped him with his first two feature films, to get them made. Now he’s nominated for six Oscars. 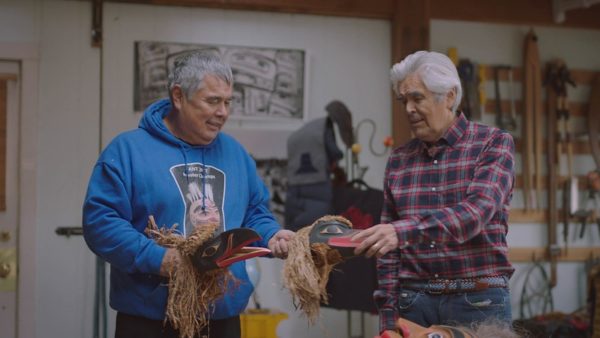 Now Is the Time by Chris Auchter

There’s so much talent out there, how do you decide what filmmakers have submitted the best applications? We’re really known for our curatorial process and rigor. Through that, we’re accessing the originality of someone’s voice, their ambition and what it is they want to do. We look at the voice they have and see how we can help strengthen it and get it out into the cinematic universe. Ideally, it’s someone who has a spark, so you can just fan the flames of creativity and help mold and guide it. Hopefully, at one point it will flame and take off.