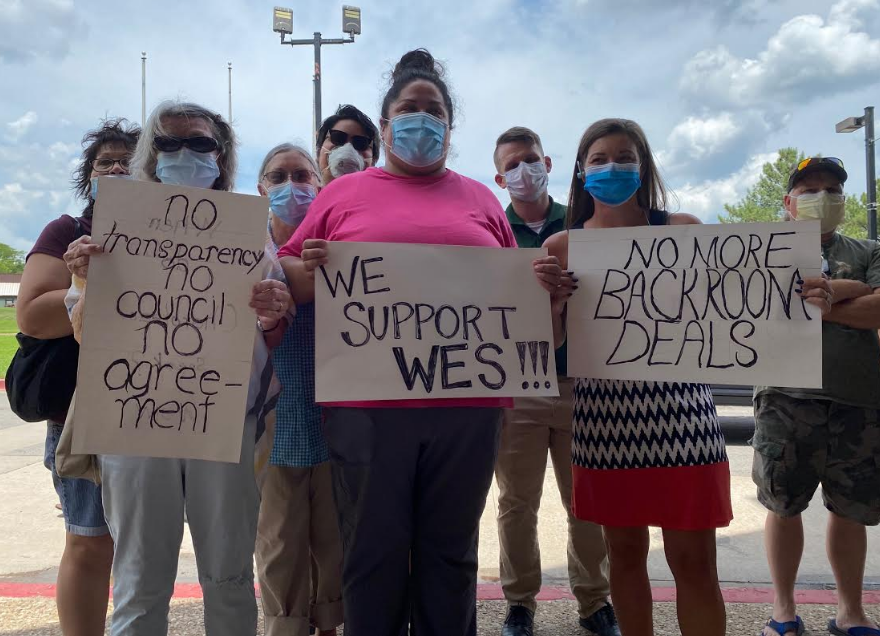 TAHLEQUAH, Okla. — Enduring extreme summer temperatures under a blue Oklahoma sky, with a heat index of more than 100 degrees, nearly a hundred tribal citizens protested outside the W.W. Keeler Complex, the Cherokee Nation’s headquarters in Tahlequah, on Monday afternoon. They arrived to voice their displeasure with tribal leadership’s endorsement of the agreement released last Thursday by Oklahoma Attorney General Mike Hunter.

Protest organizers say the hot weather and the COVID-19 pandemic kept many other tribal citizens who are upset over the appearance that the tribe is giving up its sovereign rights to the state of Oklahoma.

On Thursday, the state’s attorney general and the Five Tribes of Oklahoma—Cherokee, Chickasaw, Choctaw, Muscogee (Creek) and Seminole— announced an agreement to address how criminal and civil legal matters will be handled in the state. The agreement followed last week’s historic Supreme Court decision in McGirt v. Oklahoma that reinstated the Muscogee (Creek) Nation’s reservation across 11 counties in eastern Oklahoma. 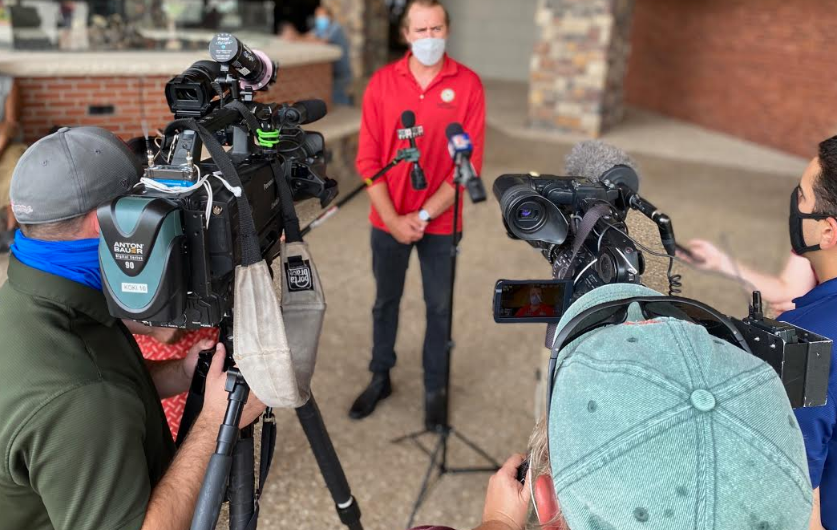 There was further fallout from Cherokee Nation citizens who felt the deal was giving up too much sovereign powers to the state of Oklahoma. The protesters showed up to support Cherokee Nation Tribal Councilor Wes Nofire, who later in the day submitted a resolution to the Cherokee Tribal Council that calls for transparency from Principal Chief Chuck Hoskin, Jr., who last week endorsed the proposed agreement. 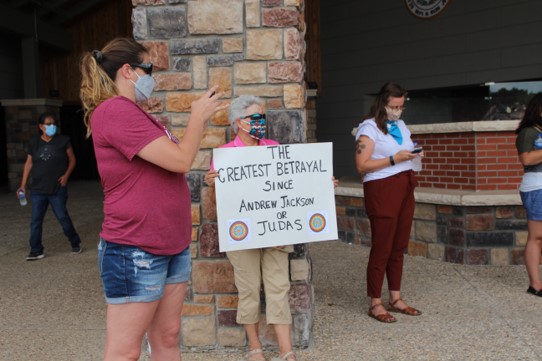 Anile Locust, a former Tribal Council member for the United Keetoowah Band of Cherokee Indians, was among the roughly 50 people who protested outside the Cherokee Nation's W.W. Keeler Complex Monday afternoon during a regularly scheduled Tribal Council committee meeting.

Nofire’s resolution called for Hoskin to include the legislative branch of the Cherokee Nation in future deliberations with the state of Oklahoma.

“I don’t consider this a very smart move giving up sovereignty right back to the state of Oklahoma. It was an immediate letdown to me. I think it was a dictatorial move to reestablish the state’s jurisdiction over tribal boundaries,” Nofire said to Native News Online on Saturday during a telephone conversation. 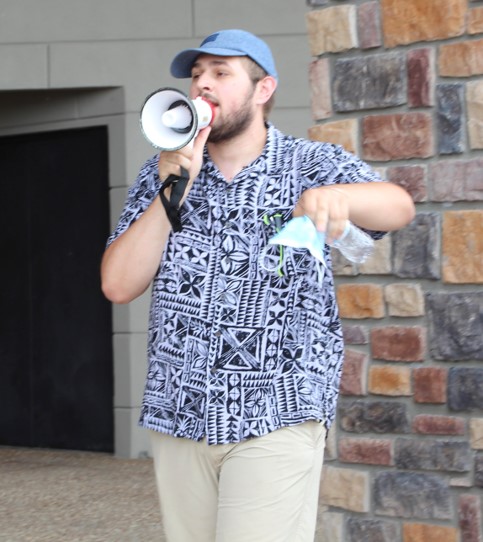 Clayton Fulton, a Cherokee Nation citizen from Muskogee, encourages people outside the W.W. Keeler Complex Monday to contact members of the Cherokee Nation Tribal Council with their concerns about an agreement in principle announced Thursday regarding jurisdictional issues raised by the U.S. Supreme Court. Within hours of the protest, the Cherokee, Choctaw and Chickasaw nations announced they were withdrawing from the agreement. While the protest was still happening, realizing the fallout from tribal citizens from various Oklahoma tribes, the Cherokee, Chickasaw and Choctaw Nations issued a statement on Monday afternoon that reads in part:

“The leaders of the Cherokee, Chickasaw and Choctaw Nations have been, and continue to be, committed to discussing the parameters of the historic Supreme Court decision in the McGirt case. These leaders agree that any path forward requires strong collaboration between the Five Tribes. None of the leaders of the Five Tribes support eroding our sovereignty or turning back the recognition of our reservation achieved through McGirt. Upon further reflection, and after obtaining feedback from the people we represent, leaders of the Cherokee, Chickasaw and Choctaw Nations agree that more discussion is warranted with stakeholders and the general public.”

Later on Monday, during a regularly scheduled Cherokee Nation Tribal Council meeting, Nofire presented his resolution, but failed to garner two-thirds of the votes among his fellow tribal council members.

“I’m going to continue to do the job that I was elected to do, which is to represent the Cherokee Nation and make sure that anything Congress does in response to McGirt has us at the table. If you’re not at the table –– you know this from our history –– you’re on the menu,” Hoskin said.