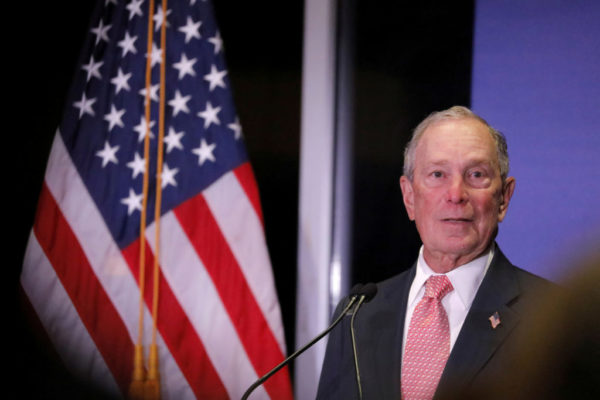 According to his campaign, Bloomberg’s plan would reverse historical injustices, affirm tribal sovereignty and protect the most vulnerable Native Americans from assault, attacks on voting rights and health disparities.

In a press release, Bloomberg’s campaign states, “Donald Trump is a racist and disrespectful toward Native Americans. His federal budgets have proposed hundreds of millions of dollars in cuts to essential services for Native Americans, including education, law enforcement, natural resource management and social services.

“The hostility and disrespect Donald Trump has shown toward Native Americans is disgraceful, and it will end with my administration,” Bloomberg continued. “The indigenous peoples of this land deserve respect – respect for their sovereignty, respect for their right to self-governance, respect for their culture – and that’s what they’ll receive when I’m president. I will increase Native American representation in the White House, deliver more resources to the Indian Health Service and tribal colleges, and treat tribal nations with the dignity they deserve.”

Bloomberg’s Plan is as follows: