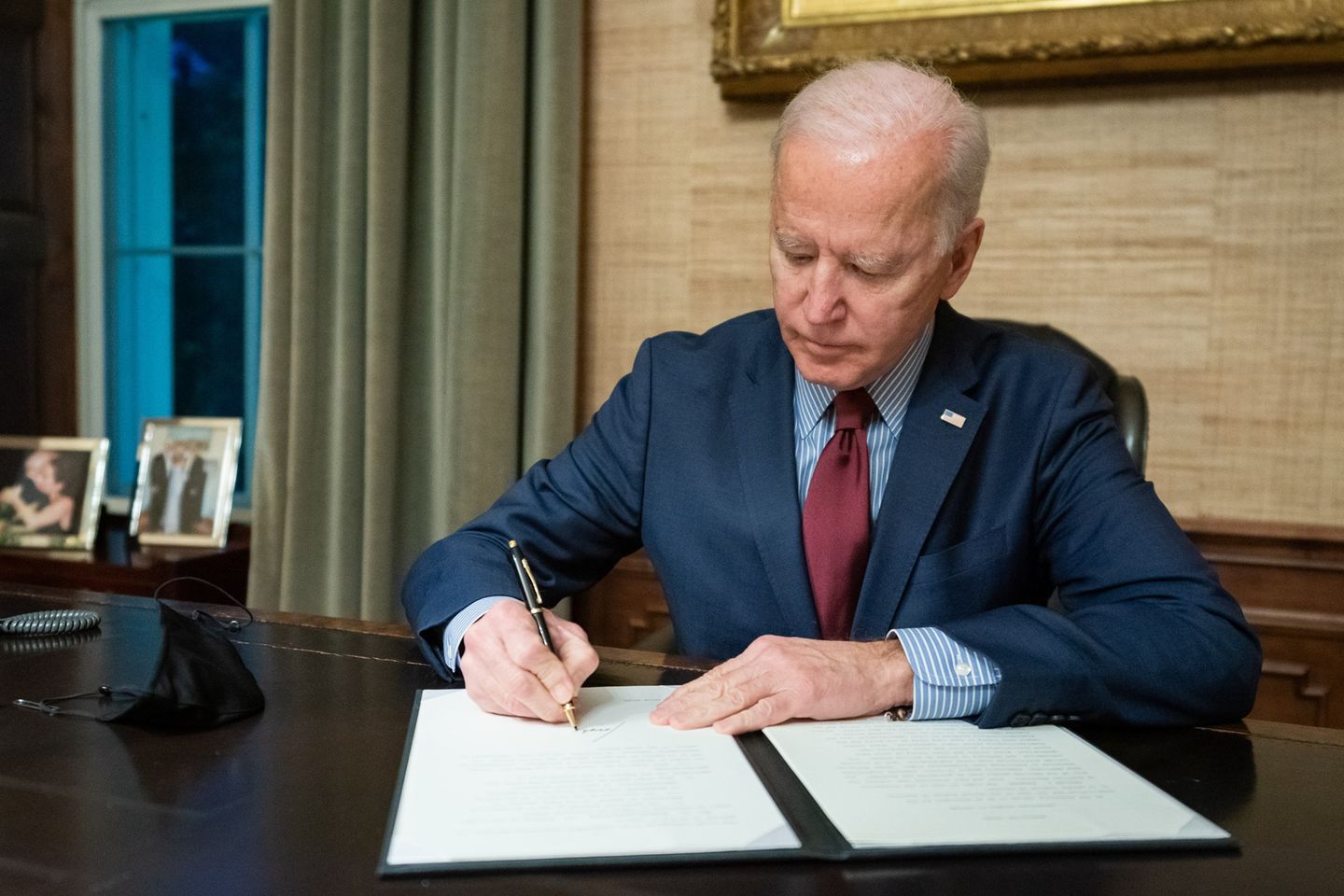 WASHINGTON — President Joe Biden on Sunday signed an Executive Order on Promoting Access to Voting that aims to protect voting rights for all eligible Americans. The president signed the executive order on the 56th annivesary of Bloody Sunday, a day when police beat Black marchers as they marched to gain the right to vote.

"The right to vote is sacred and fundamental – and this is just the beginning of our work to ensure every American can freely exercise that right," Biden said.

Included in the president's executive order is the establishment of an interagency Steering Group On Native American Voting Rights.

In Sec. 10 of the executive order, the Steering Group is to engage in “meaningful and robust consultation” with tribal nations and Native leaders on focus areas and concerns for Native American voting rights and to develop a report on best practices and recommendations after one year.

The executive order was applauded by the National Congress of American Indians (NCAI).

“We applaud and share President Biden’s vision for a country where all Americans secure equal access to freely and fully participate in our democracy. One of the first resolutions considered by NCAI at its inaugural convening in 1944 was brought by a tribal delegate who was concerned that American Indians were being denied the right to vote,” NCAI President Fawn Sharp said in a statement released by the organization on Sunday evening.

“We have been working since that time to protect and promote voting rights for Native people. We know the importance of making our voices heard and exercising our right to vote. Unfortunately, it is simply harder in many cases for tribal citizens to vote than it is for other.

In the face of increasing efforts in some states to restrict access to voting, President Biden’s Executive Order on Promoting Access to Voting, and the Native American voting rights steering group it creates, are essential. With the myriad of jurisdictional issues, challenges facing rural and reservation communities, and the denial of the use of tribal identification cards as a form of ID, there are unique issues that warrant careful review and ultimately enactment of a modern Native American Voting Rights Act.

We look forward to working with the Steering Group to ensure that the needs of Indian Country are considered, and Native voters have equal access to the ballot box.”