WASHINGTON — Lauren J. King, a tribal citizen of the Muscogee Nation, was nominated by President Joe Biden on Wednesday to become a federal district judge for the United States District Court for the Western District of Washington. 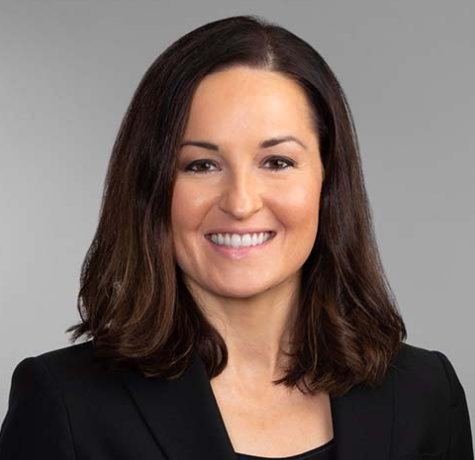 King currently is a principal at Foster Garvey, P.C. based in Seattle, Wash., where she has practiced since 2012. She chairs the firm’s Native American Law Practice Group and has served as a pro tem appellate judge for the Northwest Intertribal Court System since 2013.

King is also an appointed Commissioner on the Washington State Gambling Commission. She previously taught Federal Indian Law at the Seattle University School of Law. Prior to joining Foster Garvey, King was an associate at Byrnes Keller Cromwell LLP from 2010 to 2012 and at K&L Gates from 2008 to 2009. Ms. King graduated from the University of Virginia School of Law in 2008, and from the University of Washington, with distinction, in 2004. Ms. King is a citizen of the Muscogee Nation, which is located in Oklahoma.

The Muscogee Nation applauded President Biden for nominating one of its tribal citizens in a statement that read in part:

"Ms. King has a wealth of knowledge and experience in the legal field that includes positions as a Judge, practitioner and instructor. Her work on behalf of our Nation, both on our Mvskoke Reservation Protection Commission and in defending the preservation of sacred ceremonial sites, will be impactful for generations to come. Her example of hard work, pursuing education and dedication to her craft, is a valuable teaching tool and motivation for our young Muscogee women to reach their greatest potential. Her experience, leadership and integrity leaves us confident that she will be fair and impartial, and we eagerly anticipate her confirmation to the federal bench."

“NCAI strongly supports the nomination of Lauren J. King, a citizen of the Muscogee Nation, as the first ever Native American judge to serve on a federal bench in Washington state,” President Fawn Sharp of the NCAI said in the statement. “Washington state is home to 29 federally recognized Indian tribes, making it critical that its federal judges better reflect the communities they serve and understand the unique histories of Native peoples and the legal principles that protect and preserve our standing under federal law.”

John Echohawk, executive director of the Native American Rights Fund said, “Ms. King is a highly respected Native American attorney whose background and experience has prepared her well for the federal bench. We congratulate Ms. King and encourage the United States Senate to act swiftly on her confirmation.”

For decades, both organizations have advocated for more Native American nominees for federal judgeships.

“Given the unique relationship between the United States and Indian tribes under federal law, federal court decisions impact the daily lives of Native Americans more so than other American citizens.” the joint statement said.