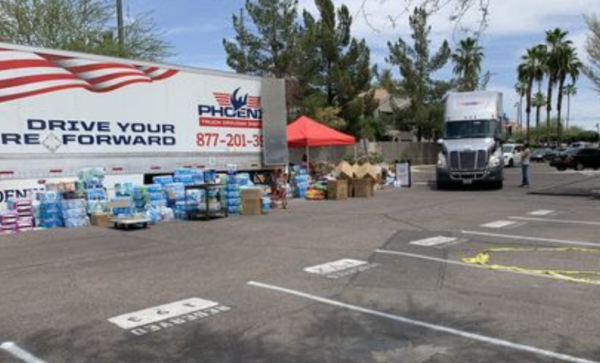 PHOENIX — Last Friday, the Phoenix Indian Center sent three semi-trucks filled with basic household needs to the Navajo Nation. The items are much needed on the country’s largest reservation that has been hit hard by the COVID-19 coronavirus.

So, they decided to have a drive to collect items to be sent to the Navajo Nation. The goal was to fill one semi-truck. Their collections far exceeded their goal. Within one week, the center collected enough items to fill three trucks.

“Due to curfews designed to slow the spread of the virus, many people can’t go out and get what they need. And 30 percent of households don’t have running water. These donations will make a huge difference in the lives of the Navajo people,” Patricia Hibbeler, CEO of the Phoenix Indian Center said. 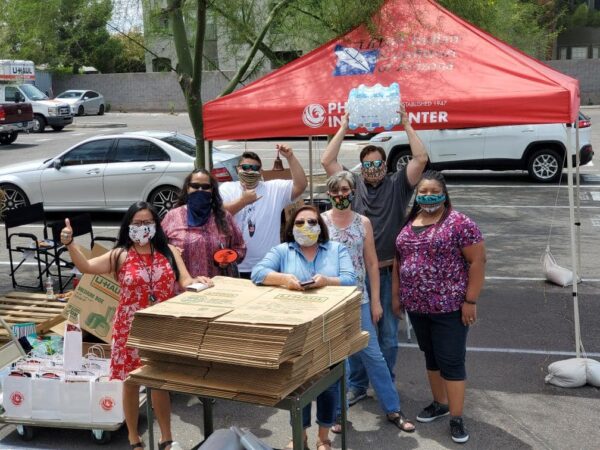 The donations were delivered to the Navajo Nation by Phoenix Truck Driving Institute, Southwest Truck Driver School, and Swift Transportation.

“We are so grateful to everyone who came out in support of the Navajo Nation, we are truly overwhelmed with emotion,” Patricia Hibbeler, CEO of the Phoenix Indian Center added.

"We would like to thank our local community and all our business partners for the quick response and generous support. Being from the Navajo Nation, this project was extra meaningful to me. We hope this collective effort will have a positive impact on the families who are in dire need during this difficult time,” Phoenix Indian Center Development Director Jolyana Begay-Kroupa added.

"We have over 35,000 Navajo citizens that reside within the Phoenix area and we know many of them are contributing by donating things to our communities and it’s wonderful that they along with many others are giving back to their home communities here on the Navajo Nation. The teachings of K’é and T’áá Hwó’ajít’éego, or self-reliance, have brought our tribal communities together during this difficult time," Navajo Nation President Jonathan Nez said.