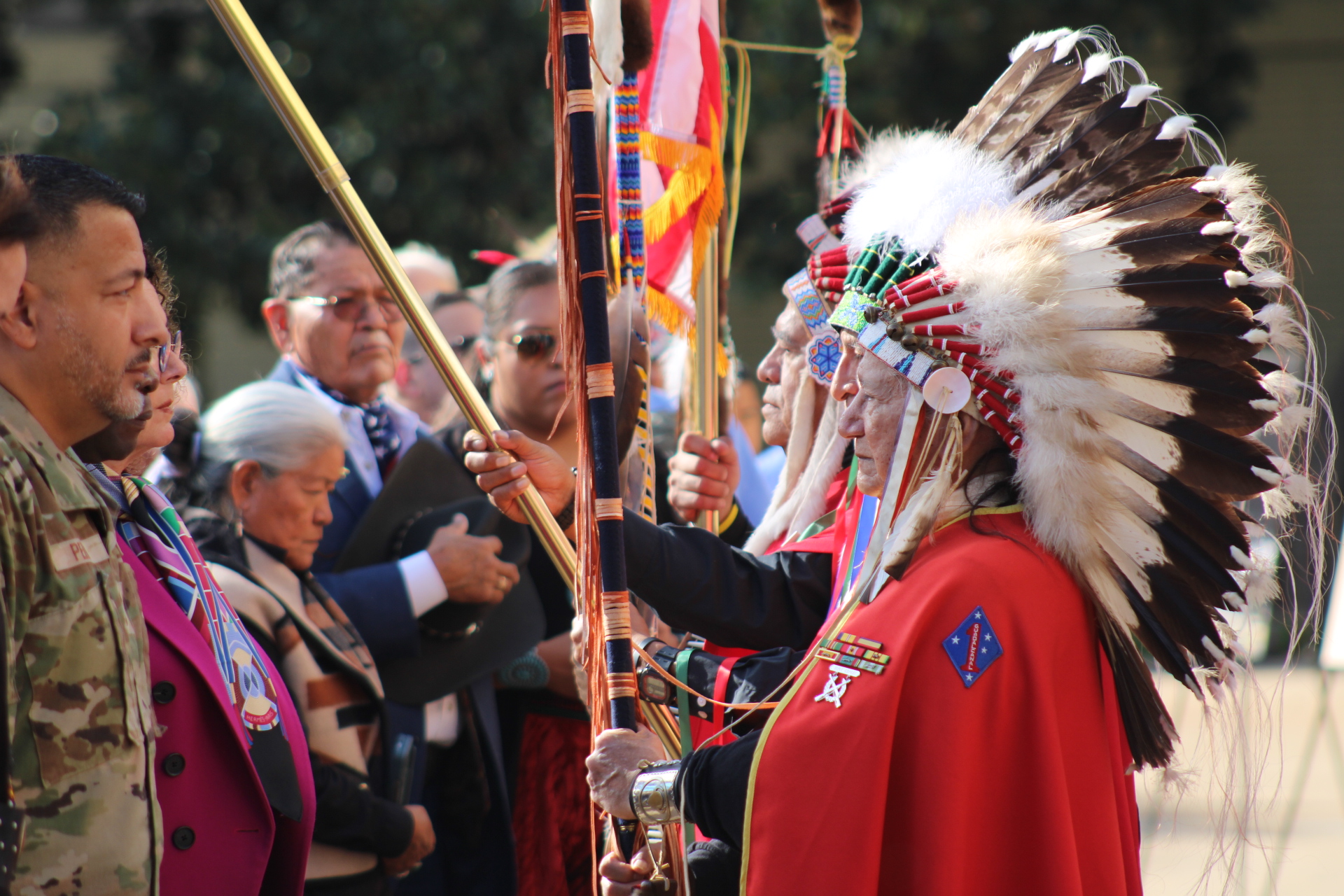 The celebration was the first of its kind and included a presentation of an eagle staff and military colors by the Kiowa Black Leggings Warrior Society from Oklahoma, dance performances, and presentations by speakers from various branches of the U.S. military.

“Native people have been serving in the military since before we were citizens,” U.S. Air Force Lieutenant Colonel Maureen Trujillo, also an enrolled citizen of the Cochiti Pueblo, said during the celebration. “As of 2020, there are just over 20,000 of the active duty force is American Indian or Alaskan Native and approximately 140,000 American Indians call themselves veterans today.”

The event was organized to pay tribute to the service of American Indian veterans throughout American history.

Hundreds of people gathered in the courtyard of the Pentagon for the celebration rich with traditional American Indian culture, including an opening prayer by Pechanga Band of Indians Tribal Chairman Mark Morocco, traditional drum groups, including the Uptown Singers and a group of singers from the Cochiti Pueblo.

“We were able to break the Japanese and German codes, but no one has ever been able to break ours,” Deputy Assistant Secretary of Defense, Environment and Energy Resilience Richard Kidd said to Thursday’s crowd. “As a result, this administration is investing millions of dollars into Indigenous language preservation.”

After the presentations concluded, a round dance was announced by Meskwaki and Navajo Nation traditional dancer Larry Yazzie. Then, local drum group The Uptown Singerz sang a series of songs while people visited, smiled and took photos of the historic celebration at the Pentagon.

“It was a dream to one day hear the sounds of American Indian drums and singing in the hallways of the largest military building in the world,” Lamar said during Thursday’s event.