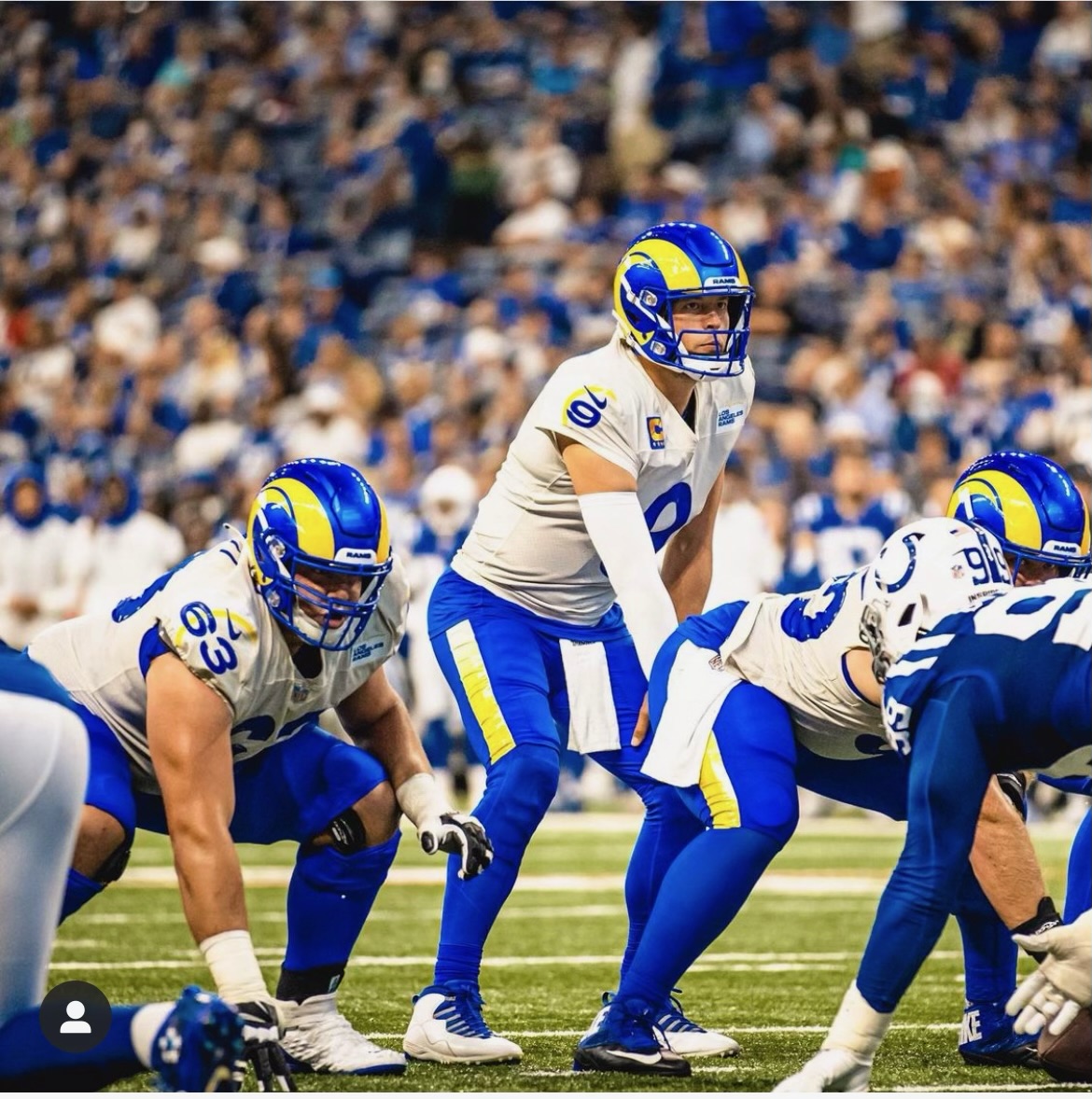 Austin Corbett is heading to the NFL’s biggest game playing with the Los Angeles Rams as they face the Cincinnati Bengals in Super Bowl LVI on Sunday, February 13. The 26-year-old is in his third season, currently second with the Rams, and plays a vital role for one of the NFL’s top offenses—he’s the starting right guard. He’s also a member of the Walker River Paiute Tribe in Nevada. And this is his first appearance in the Super Bowl.

When the Rams advanced to play the San Francisco 49ers in the NFC Championship on Sunday, January 30, many from his local community congratulated Corbett, including Nevada Governor Steve Sisolak and Walker River Paiute Tribal Chairman Amber Torres.

“The Walker River Paiute Tribe is ecstatic about our tribal citizen leading his team to the Super Bowl with hard work and a fantastic season,” Torres told Native News Online. “Indian Country is also rallying around him and sending good medicine with well wishes, prayer, encouragement and support.”

“As a citizen of the Walker River Paiute Nation, Alumni of University of Nevada, Reno, & Los Angeles Rams #63, the State of Nevada could not be more proud of your accomplishments Austin!” said Nevada Governor Steve Sisolak via Twitter.

Corbett played football in high school, with some success his senior year, in Reno, Nevada and took a chance to play with the University of Nevada-Reno’s football team, the Wolfpack. After success at Nevada, he was drafted by the Cleveland Browns as the 33rd pick in the 2018 NFL Draft. He played for 15 snaps his first season, and then was traded to the Rams halfway through the 2019 season. Since he joined the Rams, he has played in nearly all of his team's offensive plays.

Austin credits his older brother, Garrett, as one his main inspirations. His brother played as a scholarship lineman at San Diego State University, a NCAA Division I Football Team. “I was always kind of chasing after my brother,” he said. “He’s three and a half years older than me, but everything he did I wanted to do.”

His other inspiration is his father, Theron. Corbett said his father shared a lot of life lessons: “If I could be half the man my father was, I’ll be alright.”

Corbett, also a husband and father, is enjoying the week off before heavier preparations for the Super Bowl start.

“It hasn’t hit yet,” he said when asked of the excitement of playing in the Super Bowl. “It feels like another game, exactly where we’re supposed to be.”

The Rams appeared in 2018’s Super Bowl LIII, and lost to the New England Patriots. This is the first Super Bowl appearance for the Cincinnati Bengals since 1988.

Super Bowl LVI will be played at SoFi Stadium, the home stadium for the Rams, in Inglewood, California. “We’re at home,” Corbett said of his preparation for the Super Bowl. “We get to practice in our facilities, sleep in our own beds, and it feels right where we’re supposed to be.”

After the Rams beat the 49ers to advance to the Super Bowl, Walker River Paiute Chairman Torres congratulated Corbett and said to the Facebook group Social Distance Powwow, “He is a tribal member of the Walker River Paiute Tribe in Schurz, Nevada!!! Let's support him from all across turtle island come Super Bowl Sunday.” Despite the online enthusiasm, Corbett told that he avoids social media during the playoffs. “There’s enough going on already, we don’t need the distractions.”

When not in the NFL playoffs, Corbett shares his journey on Instagram. His handle is @bigcorbs73.