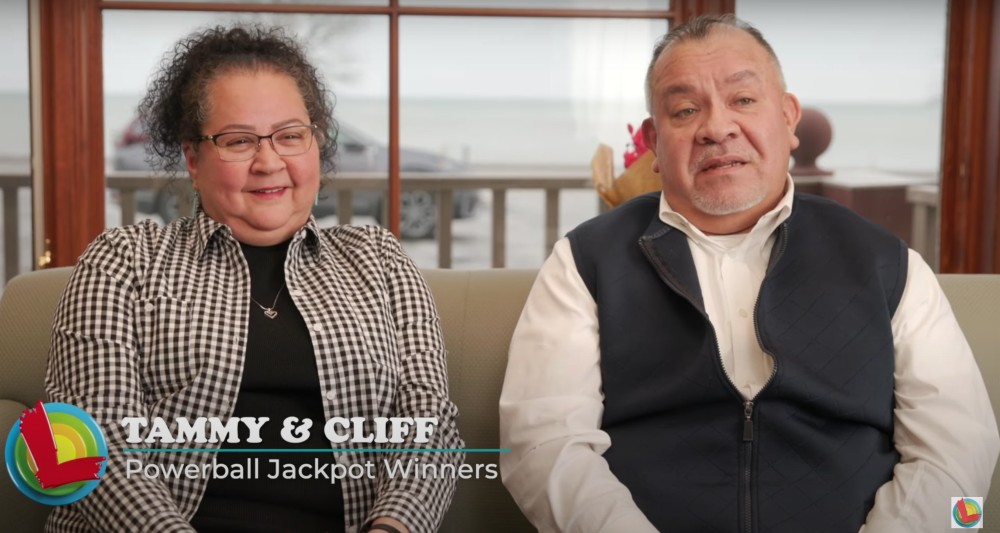 The Wisconsin Lottery announced yesterday that a married couple from the Oneida Indian Reservation claimed a winning Powerball ticket worth $316.3 million, their half of the jackpot worth $632.6 million, shared with another winning ticket purchased in California.

The winner of the jackpot is Cliff Webster, a resident and citizen of the Oneida Nation of Wisconsin. Cliff and his wife Tammy claimed the winning ticket, worth a cash value of $225.1 million. Webster chose the cash option instead of annual payments, and after paying federal and state taxes, takes home $153.9 million.

It was the seventh largest jackpot in Powerball history.

In a YouTube video published by the Wisconsin Lottery, Cliff described that he was watching the morning news and found out from his wife that there was a winner in Wisconsin.

“It’s unbelievable,” said Cliff in the Wisconsin Lottery’s YouTube. “You don’t know what to do, but at 4:30 a.m. we were hugging and yelling.”

“It was one of the happiest moments of my life,” he added.

“I could not be more thrilled for the Websters! It was very exciting to celebrate their win with them," said Wisconsin Lottery Director Cindy Polzin in a press release.

“We are very happy about this,” said Tammy in the YouTube video. “I want to thank Grandfather, the Creator, God, for this great gift.”

“Anybody can win!” she added.