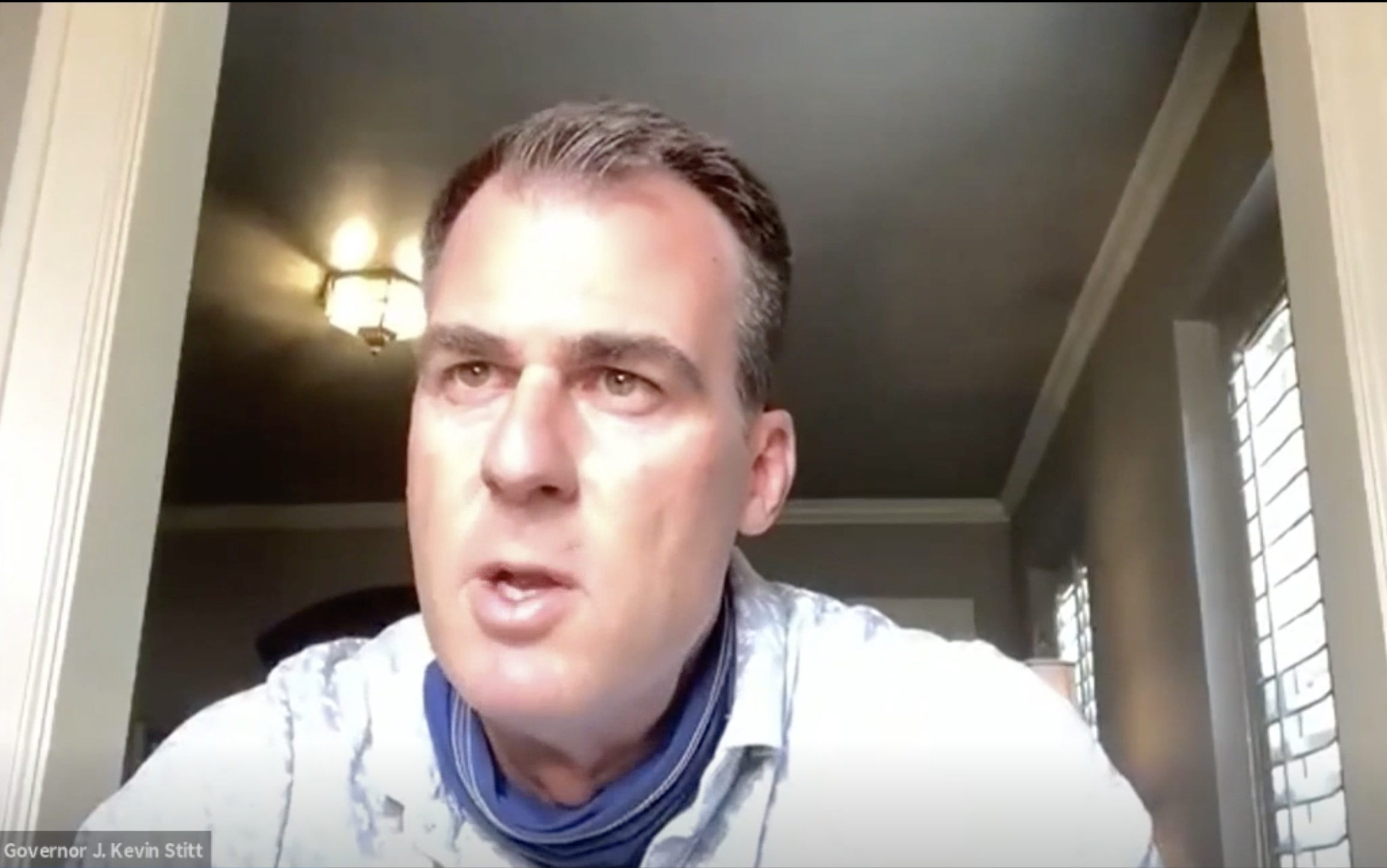 OKLAHOMA CITY—Republican Oklahoma Gov. Kevin Stitt, a tribal citizen of the Cherokee Nation, became the first governor of any state to test positive for COVID-19.

Stitt made the announcement during a virtual press conference on Wednesday. He said he tested positive on Tuesday afternoon. Also on Tuesday, Oklahoma state health officials announced a record high number of new COVID-19 cases, with an increase of hospitalizations.

“I got tested yesterday for COVID-19, and the results came back positive. I feel fine. I felt a little bit achy yesterday. I didn’t have a fever, but (I am) just a little bit achy,” Stitt said on Wednesday from home via Zoom. “I’m now isolating away from my family. I will be working from home until it is safe for me to get back to normal.”

Critics maintain the governor has not taken the COVID-19 pandemic seriously enough because of his failure to require Oklahomans to wear masks, a measure highly recommended by the Centers for Disease Control and Prevention (CDC) to prevent the spread of the deadly virus.

In March, with much of the country under a “stay at home” recommendation, Stitt tweeted a family photograph while eating in a restaurant. He eventually deleted it and then announced a state of emergency the next day.

Stitt is serving his first term as governor of a state that has 39 federally recognized tribes. Though he is a tribal citizen of the Cherokee Nation, he has faced strained relations with most of Oklahoma’s tribes due to his attempt to force the tribes to renegotiate gaming compacts with the aim to increase tribal contributions from gaming revenues to the state.

Even with his COVID-19 diagnosis, Stitt on Wednesday maintained he would not issue a statewide mask mandate because it takes away Oklahomans’ freedom. He also said Oklahoma will reopen in a cautious manner.