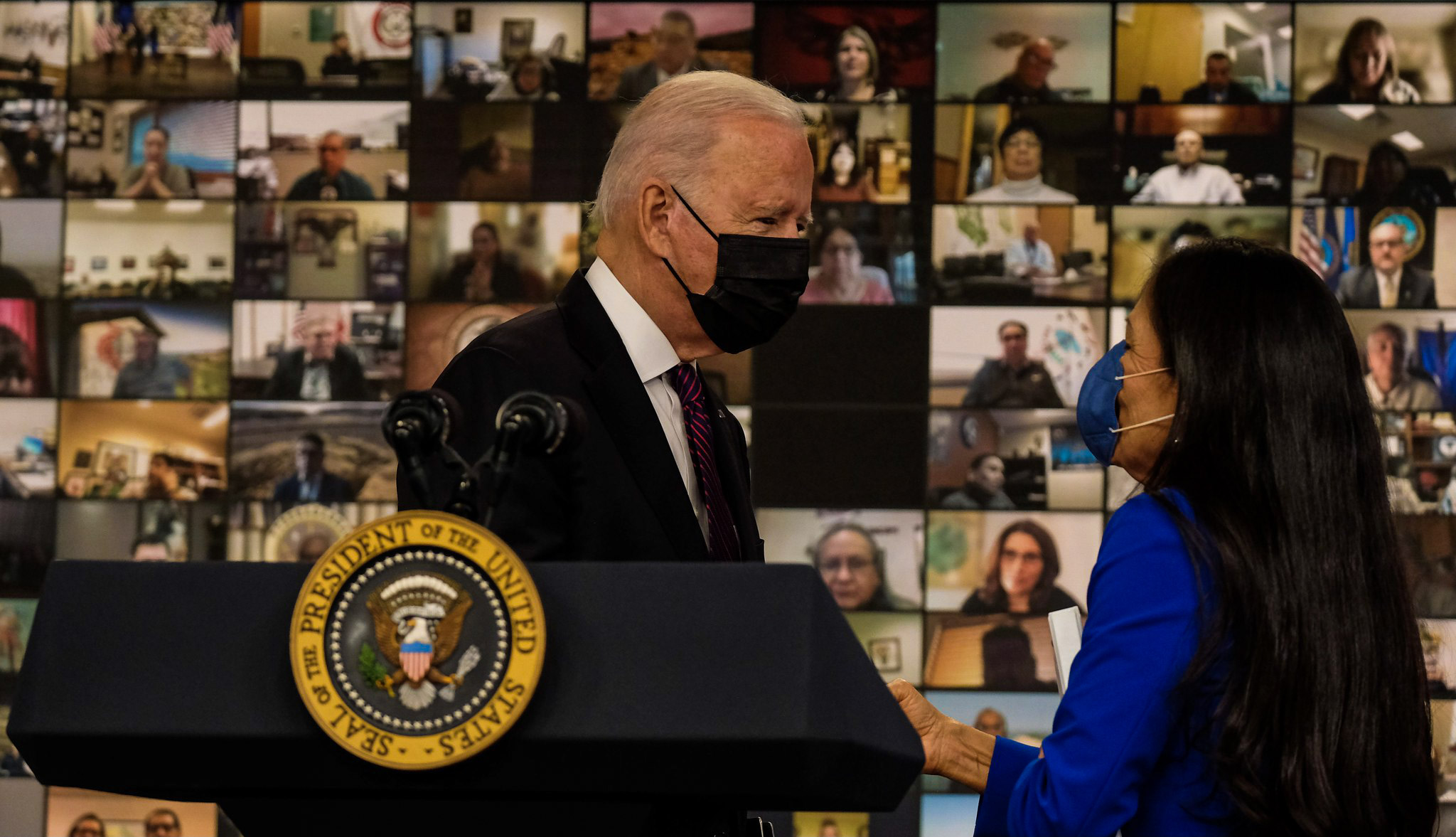 WASHINGTON — President Joe Biden on Monday proclaimed November 2022 as Native American Heritage Month. In the presidential proclamation below, the president said during the month, "we celebrate Indigenous peoples past and present and rededicate ourselves to honoring Tribal sovereignty, promoting Tribal self-determination, and upholding the United States' solemn trust and treaty responsibilities to Tribal Nations."

Preisdent Biden referenced his adminstration's commitment to Indian Country by the investment made in "the Bipartisan Infrastructure Law that secured more than $13 billion exclusively for Native communities to deliver high-speed internet to Tribal lands, build safer roads and bridges, modernize sanitation systems, and provide clean drinking water -- all while putting people to work and through the Inflation Reduction Act, we are lowering the price of health care coverage and capping drug costs for Indigenous families."

Read the full proclamation below:

During National Native American Heritage Month, we celebrate Indigenous peoples past and present and rededicate ourselves to honoring Tribal sovereignty, promoting Tribal self-determination, and upholding the United States' solemn trust and treaty responsibilities to Tribal Nations.

America has not always delivered on its promise of equal dignity and respect for Native Americans. For centuries, broken treaties, dispossession of ancestral lands, and policies of assimilation and termination sought to decimate Native populations and their ways of life. But despite this painful history, Indigenous peoples, their governments, and their communities have persevered and flourished. As teachers and scholars, scientists and doctors, writers and artists, business leaders and elected officials, heroes in uniform, and so much more, they have made immeasurable contributions to our country's progress.

We must do more to ensure that Native Americans have every opportunity to succeed and that their expertise informs our Federal policy-making. That is why my Administration is engaging in meaningful consultation with Tribal leaders, particularly when it comes to treaty rights, reserved rights, management and stewardship of Federal lands, consideration of Indigenous Knowledge, and other policies that affect Native peoples. That is also why I appointed Secretary Deb Haaland to be the first-ever Native American Cabinet Secretary, and why more than 50 Native Americans now serve in significant roles across the executive branch.

Meanwhile, we are creating new jobs in Native American communities and bolstering infrastructure in Tribal areas. My Administration's American Rescue plan made the largest-ever investment in Indian Country to help Tribal Nations combat the COVID-19 pandemic and to support Tribal economic recovery. My Administration's Bipartisan Infrastructure Law secured more than $13 billion exclusively for Native communities to deliver high-speed internet to Tribal lands, build safer roads and bridges, modernize sanitation systems, and provide clean drinking water -- all while putting people to work. Through the Inflation Reduction Act, we are lowering the price of health care coverage and capping drug costs for Indigenous families.We are empowering Tribes to fight drought, improve fisheries, and transition to clean energy as part of the most significant climate investment this Nation has ever made. Those investments include climate adaptation planning and community-led relocation efforts, funding a Tribal Electrification Program to provide power to unelectrified homes, making Environmental Justice Block Grants available to help alleviate legacy pollution, bolstering conservation programs across the country, and restoring protections for treasured lands that Indigenous peoples have tirelessly stewarded, such as Bears Ears and the Grand Staircase-Escalante National Monument.

We are also helping Native communities heal from intergenerational trauma caused by past policies. Last year, the Department of the Interior launched the Federal Indian Boarding School Initiative to shed light on the harmful history of forced cultural assimilation at these academic institutions. We are investing in Tribal language revitalization, protecting Tribal voting rights, and working with Tribal partners to tackle the crisis of missing or murdered Indigenous people.

As we look ahead, my Administration will continue to write a new and better chapter in the story of our Nation-to-Nation relationships. We will defend Tribal sovereignty, self-government, self-determination, and the homelands of Tribal Nations.  We will support Tribal economies, recognizing that Tribal governments provide a vast array of physical infrastructure, social services, and good-paying jobs that benefit their citizens and surrounding communities. We will keep fighting for better health care, child care, education, and housing in Tribal communities. We will always honor the profound impact Native Americans continue to have in shaping our Nation and bringing us closer to the more perfect Union we know we can and must be.

NOW, THEREFORE, I, JOSEPH R. BIDEN JR., President of the United States of America, by virtue of the authority vested in me by the Constitution and the laws of the United States, do hereby proclaim November 2022 as National Native American Heritage Month. I urge all Americans, as well as their elected representatives at the Federal, State, and local levels, to observe this month with appropriate programs, ceremonies, and activities, and to celebrate November 25, 2022, as Native American Heritage Day.

IN WITNESS WHEREOF, I have hereunto set my hand this thirty-first day of October, in the year of our Lord two thousand twenty-two, and of the Independence of the United States of America the two hundred and forty-seventh.