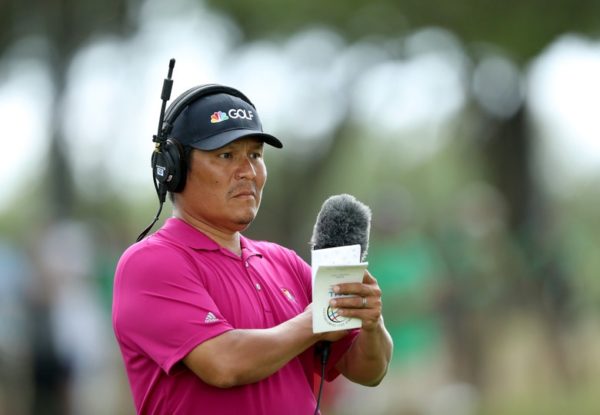 The Junior Presidents Cup is a two-day, team match-play competition that will feature 24 of the world’s top 19 years-and-younger boys. The two teams: 12 from the U.S. and 12 from various countries around the world, excluding Europe. The International team will be captained by South Africa’s Tim Clark.

Notah Begay III, Navajo, San Felipe, Isleta, will be the captain of the U.S. Junior Team. It's the first time in the history of golf and the PGA tour that a Native American has received such a designation.

Notah Begay III is the first Native American to compete on the PGA TOUR and in the Presidents Cup. He was also a member of the victorious 2000 U.S. Team. He is a four-time PGA TOUR winner, and even partnered with former Stanford teammate Tiger Woods in four matches. The pair finished with a 2-2 record.

Begay is the host and founder of the Notah Begay III Junior National Championship which gives juniors opportunities to compete with other talented golfers from around the country.

During his early years as a junior golfer, Begay competed in AJGA events and was named Rolex Junior All-American in 1987 after winning two AJGA tournaments at the Southwestern Junior and the Meridian Junior Classic.

Begay is excited for the opportunity to take part in this event saying:

“As a player it was special to represent my country at the Presidents Cup, so to now be asked to captain the junior team is truly an honor,This event is a wonderful chance to showcase the next generation of stars at golf’s highest level. Every one of these kids wants to play on TOUR, so my goal is to be a resource for them not only in preparation for their matches but also as they look toward a future in the professional game.”

In 2019, during the second edition of the Junior Presidents Cup, the U.S. Team defeated the International Team by a score of 13-11.