LAME DEER, Mont. — The Indigenous community is mourning the loss of one of its most prominent traditional leaders in the Rocky Mountain region. Northern Cheyenne Sun Dance Priest Don Shoulderblade passed as dawn approached on Sunday morning, September 26. 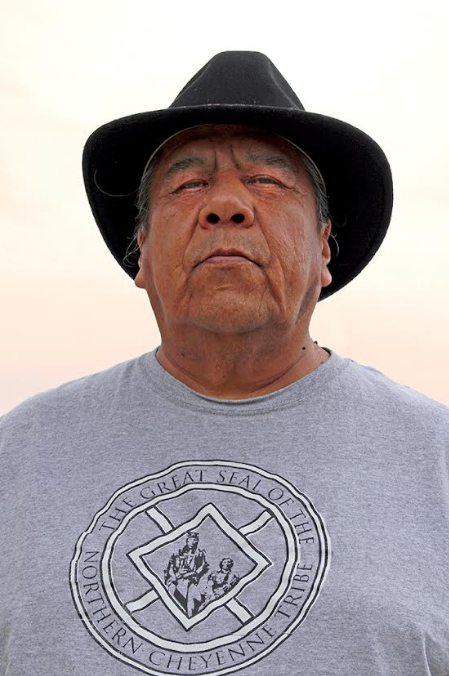 In a life of service to the Cheyenne Nation, Shoulderblade served as a Sun Dance Priest for nearly a quarter-century and was a recognized Spiritual Leader and healer.

During the first decade of the 21st century, the Northern Cheyenne Societies selected Shoulderblade to be Keeper of Ésevone, the Holy Covenant of female regenerative power, known as the Sacred Buffalo Hat among Anglo ethnographers and authors.

Shoulderblade was of So’taa’e heritage, as generations of Keepers were before him, dating all the way back to the first of their kind.

During earlier years, Don Shoulderblade worked in the Northern Cheyenne Tribal Government, and his political experience would later prove valuable. In 2013, he founded GOAL (Guardians of Our Ancestors Legacy) Tribal Coalition, in response to the US Government’s drive to remove federal protections from the grizzly bear.

Shoulderblade recognized the devastating impact the trophy hunting of a relative would have not only on the Cheyenne, but numerous other tribal communities that revere and hold a ceremonial kinship with the grizzly. Under the mantle of GOAL, the Northern Cheyenne Tribe and then president Llevando Fisher formally opposed the delisting and trophy hunting of the grizzly bear.

More than 50 tribal nations soon issued similar resolutions and proclamations, serving as a catalyst for the Grizzly Treaty, which stands as the most-signed tribal treaty in history with over 200 tribal nation signatories. The tribal alliance subsequently prevailed in the federal court case Crow Tribe et al v. Zinke on September 24, 2018.

“This is not a hunting issue it is a killing issue,” Shoulderblad said at the time. “We come from a subsistence culture where there is ceremony and great respect given to those beings you ask to offer their lives so that you might live. That is what you call a hunting tradition, not a killing tradition. Trophy hunting grizzly bears is part of a killing tradition.”

The Indigenous movement to protect the grizzly that began in Shoulderblade’s living room in Lame Deer, Montana in 2013 concluded with the Ninth Circuit Court of Appeals upholding the earlier federal district court ruling in 2020, which preserved tribal sovereignty, treaty rights, and religious freedoms. The case is among a handful of landmark federal court victories for tribes this century.

Shoulderblade undertook the ceremonial responsibilities for the “Reclamation of Independence” on July 4, 2017 in the Black Hills. The historic gathering saw over eighty Tribal Nations from both sides of the border sign the “Declaration Opposing Oil Sands Expansion and the Construction of the Keystone-XL Pipeline.” The council made clear the connections between the ESA delisting of sacred beings and fossil-fuel extraction.

“We, The First People, were and remain the stewards of the land and with this Declaration renew our vow to carry that sacred obligation in defense of our Mother, the Earth, and all born of her body and nurtured at her breast who are no longer heard amidst the dissonance of industrialization and corporate domination,” reads the preamble to Declaration which was subsequently presented to Senator Bernie Sanders. President Joe Biden revoked a pivotal permit for the Keystone-XL pipeline earlier this year, halting the project.

“Uncle Don’s contributions will live on in the community, and his cultural knowledge will reverberate for generations,” film director Rain told Native News Online. Shoulderblade bestowed his traditional name, Náhkȯxho’óxeóó’ėstse (Bear Stands Last), upon the filmmaker when they worked side-by-side on the grizzly issue.

“Don and the grizzly shared much. Like the grizzly, Don was as gentle as he was powerful, and both selflessly gave the gift of healing,” Rain added.

Shoulderblade also worked with artist, author and ethnological researcher Winfield Coleman on a new book Almost Ancestors: The Grizzly Bear in Cheyenne Religion, which is  scheduled for publication later this year.

Shoulderblade is survived by his wife Ruthie; children, Thomas, Halona, and Keith; beloved grandchildren, and many close and extended family relatives.

This article will be updated with details of services when available.