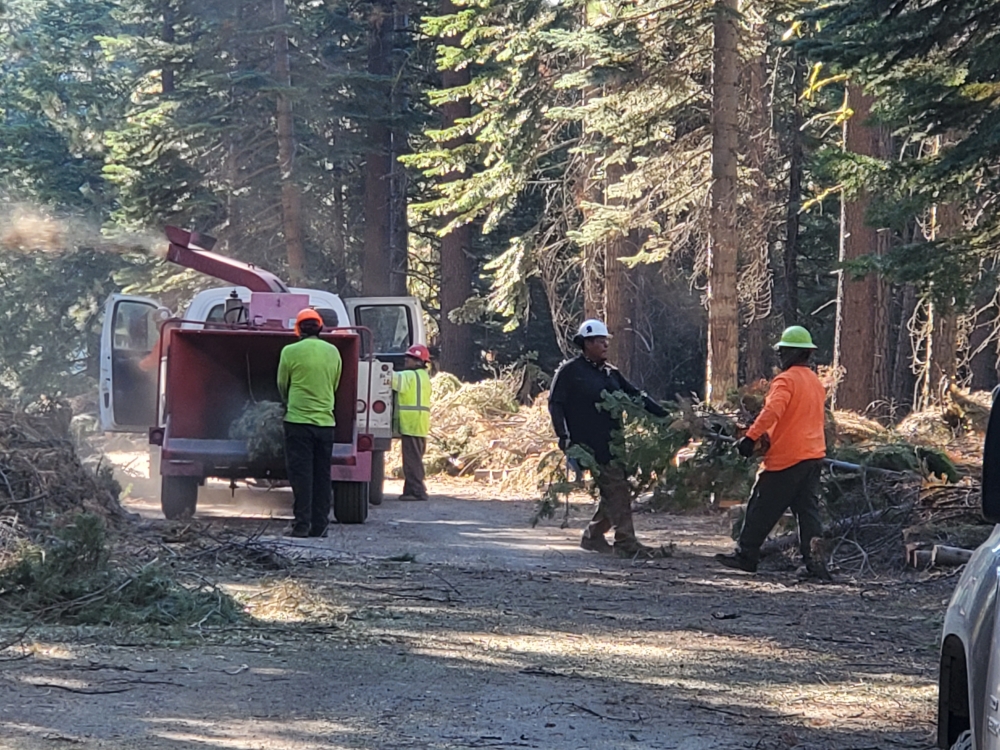 Until the million-acre August Complex Fire that is currently burning on federal land and tribal territories, the 2018 Camp Fire, which killed at least 85 people and destroyed 18,804 structures, had been California’s largest. Under the rubble of Paradise, Calif., which was obliterated by the Camp Fire, Maidu tribal site monitors uncovered evidence of a historic village. The site is an indication of their resilience and connection to the land since time immemorial, and it’s ancestral land they yearn to take care of.

“If you have a safe ecosystem, guess what, your DNA gets to keep going,” said Ali Meders-Knight (Mechoopda Maidu), a basket weaver and founder of TEK Chico.

Recently, Meders-Knight, who specializes in traditional ecological knowledge-based (TEK) forest stewardship, assisted in the Calaveras Healthy Impact Product Solutions (CHIPS) training of 50 people including members of her Mechoopda Maidu community near the town of Paradise to help prevent this level of catastrophe from occurring on their ancestral lands again.

Located throughout the forests of the Sierra Nevada Mountain Range, CHIPS consists of an 85 percent local Indigenous workforce of primarily Mono, Miwuk, Paiute, Maidu and Washoe peoples. CHIPS’s goal is to create a sustainable economy for regional California tribes and other economically depressed communities by stimulating environmental, economic and social restoration through land stewardship, as well as advocating for repatriation of tribal ancestral lands through legislation and policy. “(Indigenous peoples) need to help with BLM lands that are not being managed,” said Meders-Knight.

The absence of tribes from their ancestral lands in combination with the closing of timber mill, climate change and fire suppression left even-aged Sierra forests thick and neglected, which resulted in badly damaged ecosystems. “The forests were mercilessly logged with greed-based resource extraction at its core,” said CHIPS founder and current non-profit board chair, Steve Wilensky. 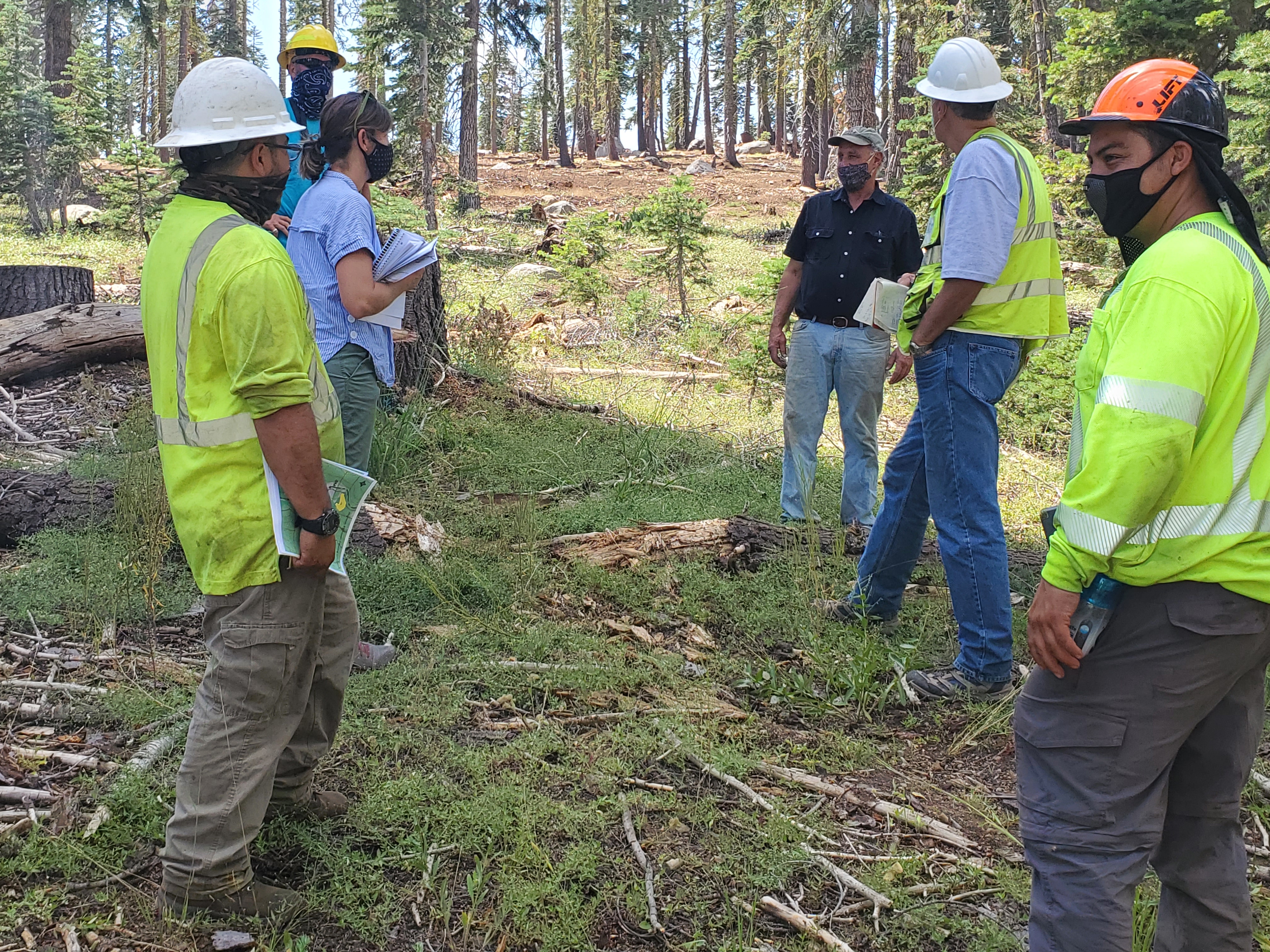 CHIPS aims to create a sustainable economy for regional California tribes and other economically depressed communities by stimulating environmental, economic and social restoration through land stewardship. (Photo by Thurman Roberts)

However, by improving the environment, bringing in economic benefit and improving community and social progress, Wilensky believes political unity can heal divisions of blame. He explained that after years of conflict with each other, groups such as former loggers, mill workers, local environmental groups and tribes are collaborating. “There was a reconciliation that one group didn’t need to suffer at the expense of the other,” he said.

Wilensky portrayed the past 200 years of Euro-American colonization in the Sierras as a “one trick pony economic version of boom and bust,” including factors such as short-lived resource extraction in gold and timber.

“How do you take this mess to a profit center to fund the fieldwork,” he asked. The “mess” Wilensky refers to is best illustrated by California’s worst fire season on record where, by October 2020, close to four million acres have burned, and the “fieldwork” could be the solution.

To further their efforts, CHIPS has approval to convert an old mill site into a community scale biomass power plant. Collected forest biomass will generate clean energy they will sell to PG&E and create byproducts such as biodiesel and biochar. “The synergy of all these projects creates a growing economy with more and more people being employed,” said Wilensky.

Sadly, due to the pandemic, after 14 years of consistent organizational growth, CHIPS synergy was set back. With more work available than ever, CHIPS started their season six weeks late and work stopped three times when crew family members tested positive. Wilensky said they take extreme precautions to prevent the spread of Covid-19,  including mask use, restricted tool sharing and the addition of a bus in order to social distance crew transportation. “One of the things we don’t want, having a number of tribes working with people of different communities on the same projects, we don’t want to be an organization that brings it back to a tribal community,” he said.

On a positive note, Coronavirus Relief Paycheck Protection Program funding enabled crews to do firebreaks around their tribal communities and reach out to surrounding towns, such as in Markleeville, where they assisted non-Native elders with their properties.

The mixed Native and non-Native work environment might also help promote tolerance and shift the perception of what others think about Native people. “It breaks the redundancy of that and puts a light on the positive out here,” said Roberts

According to Roberts, the tribes in the Sierra region struggle with high unemployment, yet in their time working with CHIPS, the Hung-A-Lel-Ti Reservation’s unemployment rate has gone from 78 percent to 43 percent. As well, the job success rate has been higher among the Native community than the non-Native community, and CHIPS has helped decrease the rate of recidivism by working with probation departments. “We’re always there to build people up and not just drop them if there is an issue,” he said.

“The program has been so successful here, I want to see it expand like over to Hoopa and to some tribes down by Bishop,” said Roberts, noting that he wants to see outreach and Native forestry workforce capacity building expand.

Currently, CHIPS is seeking to partner with tribes who share borders with Bureau of Land Management (BLM) land. “The deterioration of the BLM lands around Native places is a hazard and extremely dangerous fire wise, so they pose a threat to the allotments that many people have,” said Wilensky.

However, by using the Wyden Act to establish “good neighbor” status between tribes and the BLM, peoples in their ancestral territories that share significant borders with BLM land could be eligible to do land stewardship toward a tangible goal, Wilensky explained.

“Discussions are in the early stages with the BLM and could eventually lead to land repatriation,” he said.